Extra Life said:
Just wondering, why do you use Gacha?
Click to expand...

I use it for some facepics and cinematic backgrounds.
Sunny x Aubrey (OMORI) Supremacy
Nov 28, 2021 at 3:23 PM

minecraftstorymodefan said:
I use it for some facepics and cinematic backgrounds.
Click to expand...

Extra Life said:
Okay, but why do you have to use Gacha for that?
Click to expand...


Yes I know Gacha Club has a awful community but there are a bunch of good people in it, also im creating a GCMV within Episode 4
Sunny x Aubrey (OMORI) Supremacy
Dec 29, 2021 at 10:42 PM

"This is the greatest handgun ever made! You have to ask yourself, do I feel lucky?"
Join Date: Oct 15, 2017
Location:
Posts: 95
Age: 16
END OF DECEMBER UPDATE:
Modfest is on its way and I only worked on Episode 4 for a day this month, and procrastinated. (Mainly due to FNAF Security Breach) so I decided to dump the GCMV and decided to go with puzzles and adventure.

"This is the greatest handgun ever made! You have to ask yourself, do I feel lucky?"
Join Date: Oct 15, 2017
Location:
Posts: 95
Age: 16
UPDATE ON EPISODE 4:
Episode 4 is content complete and ready for Modfest 29, although, there is 1 snag, Modfest 29 has not been announced yet meanwhile Episode 4's release would take a while,

BUT, I decided to make Episode 5 before the release of Episode 4, so that when Modfest 29 takes place and I released Episode 4, Episode 5 will be released a week after.
EDIT: Oh, and here is a teaser 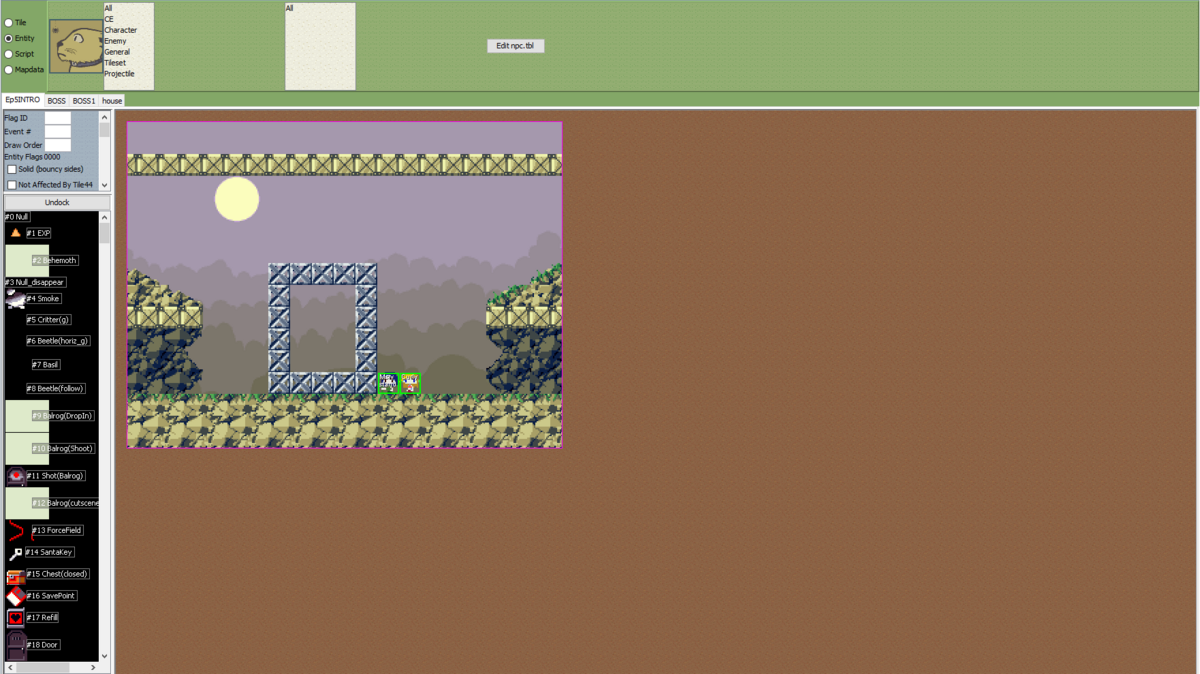 Now you might be thinking that this map looks bad,
TBH, It kinda does,
But there is also something important within this map.
Thats all im gonna say.
Last edited: Feb 1, 2022
Sunny x Aubrey (OMORI) Supremacy
Feb 1, 2022 at 11:43 PM

It will be interesting to see what comes of Curly and Misery and that frame in that otherwise symmetrical room.

"This is the greatest handgun ever made! You have to ask yourself, do I feel lucky?"
Join Date: Feb 4, 2015
Location: Mimiga Island
Posts: 102
Age: 17
Might make another video on this mod series once 4 & 5 release. I still have yet to play episode 3 because I was waiting for the release of the remaining episodes (assuming it ends at 5)

"This is the greatest handgun ever made! You have to ask yourself, do I feel lucky?"
Join Date: Oct 15, 2017
Location:
Posts: 95
Age: 16
Its Valentines so im posting a teaser 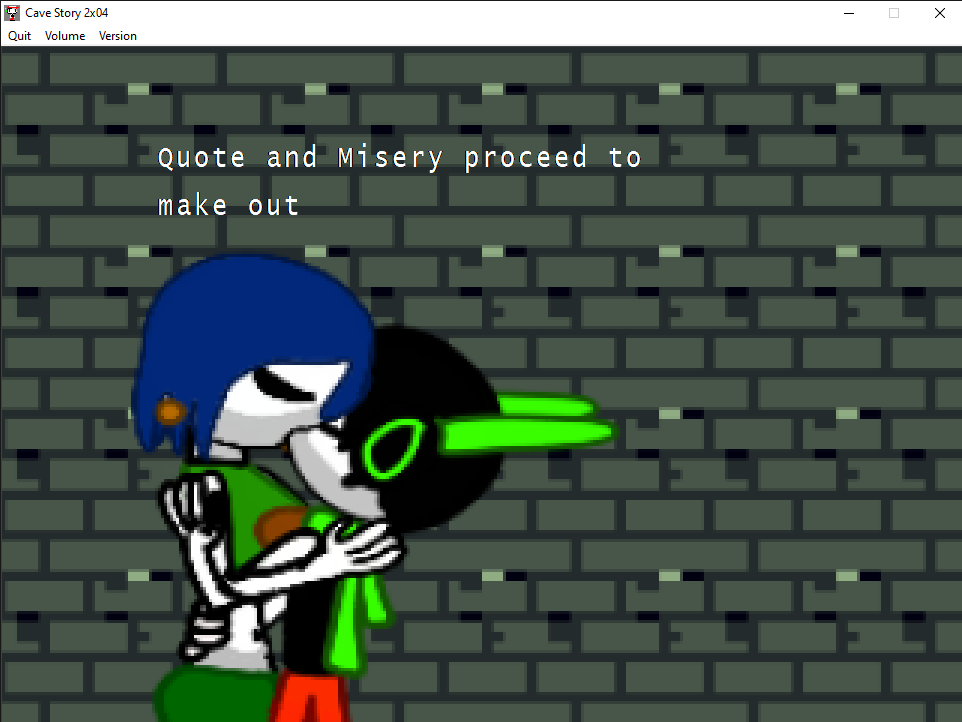 "Life begins and ends with Nu."
Join Date: Dec 31, 2011
Location: United States
Posts: 2236
Age: 25
Lol, not a pair I would have shipped. Matches the comical tone of the mod perfectly. Happy Valentine's Day, I guess.

I remember when we used to create a Valentine's Day thread in the satellite lounge every year. I would post a picture of my avatar indicating that Quote and Curly were celebrating valentine's day. After a few years in a row of doing that same thing, people eventually started noticing.

Modfest 29 is just around the corner, so is Episode 4, so here are some teasers: 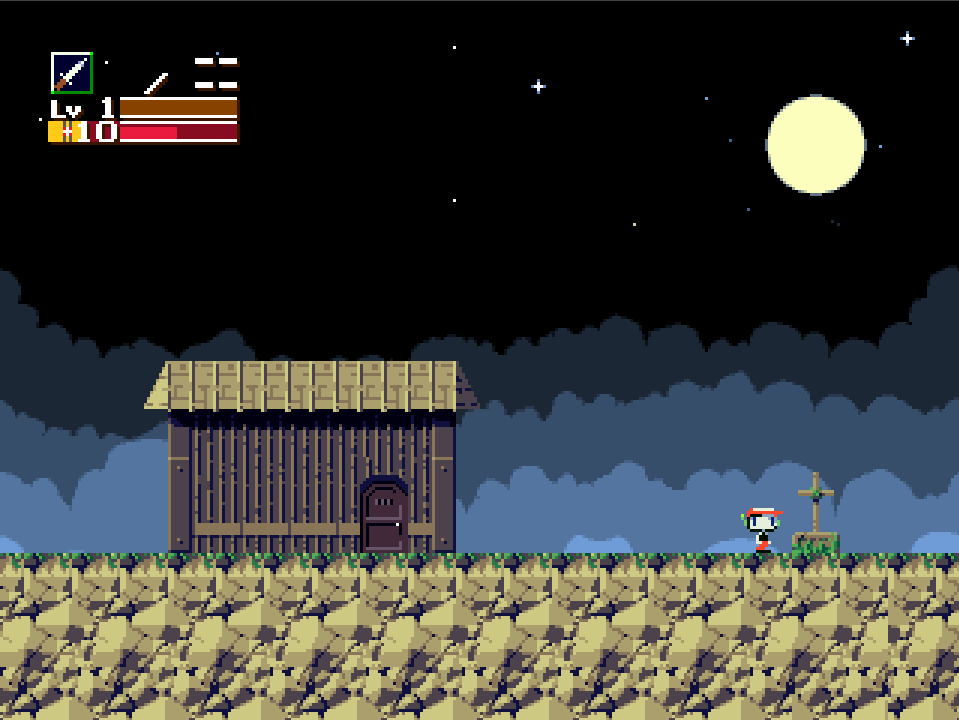 "Hey, that grave looks new, what is it for?" 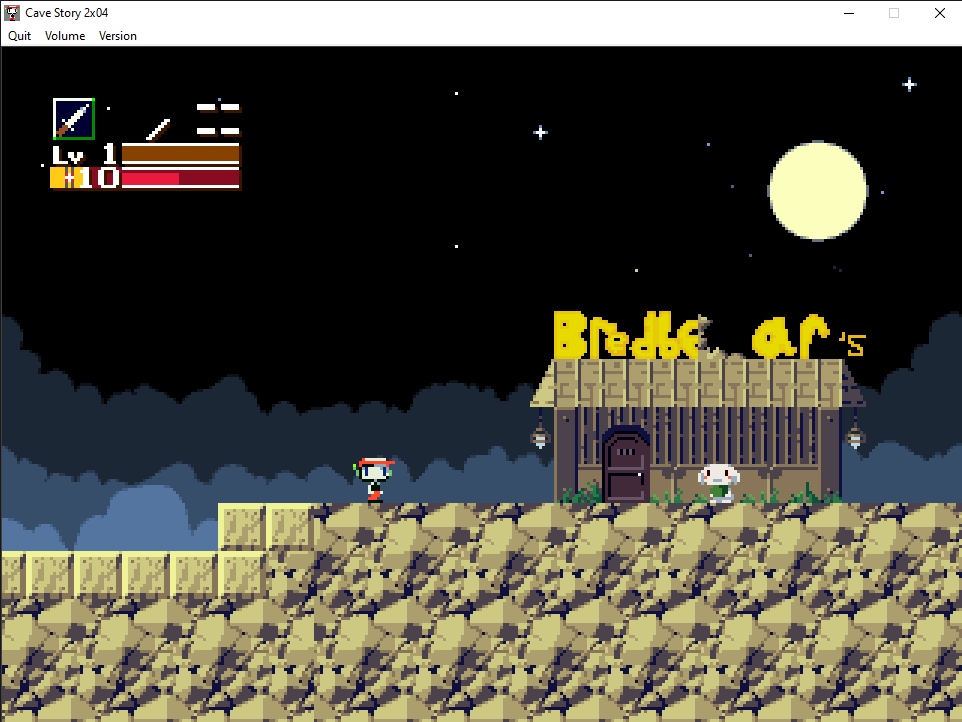 Yes, Bredbear's is making a return, and a rather short one,

I already posted this on the CSMC Discord but I decided to post the teaser here, 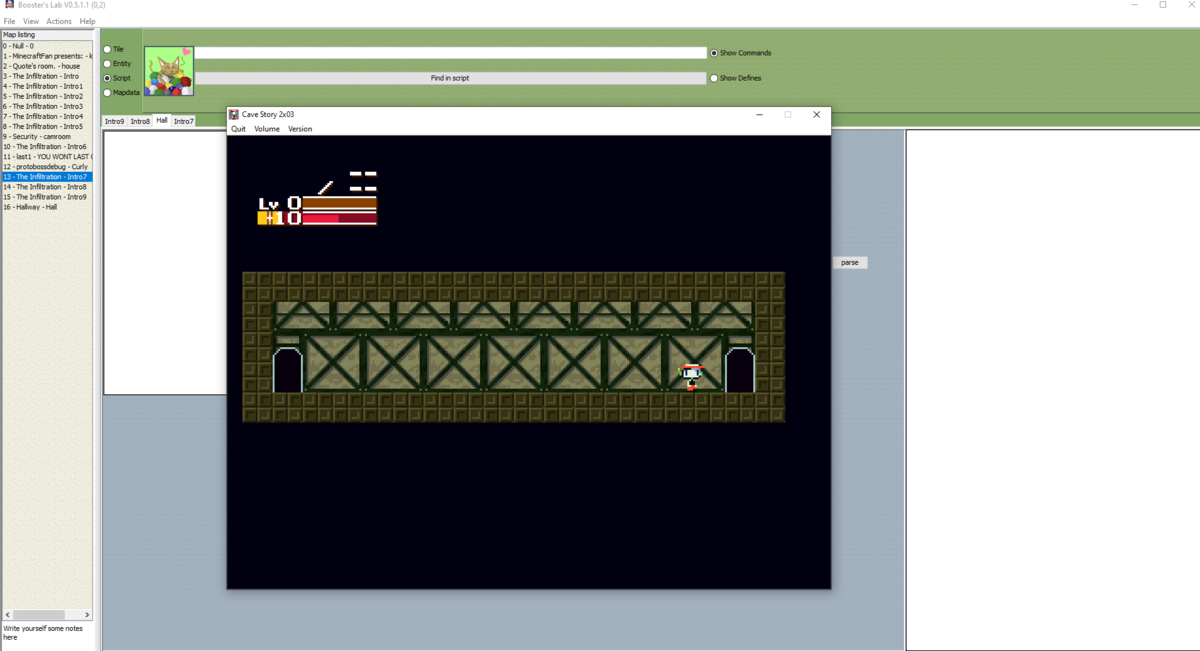 (This is an old image and there are more maps.) 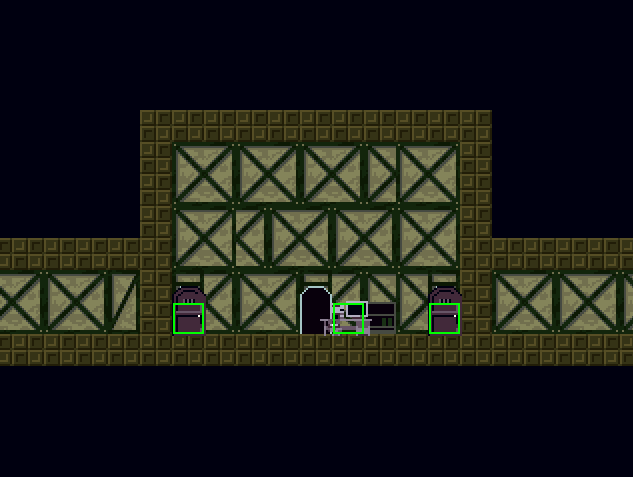 I also posted this in the Discord.

dont count on it tho,

I am watching a playthrough of Danganronpa on a daily basis while working on parts of Episode 5,

During the following days, I'll patch up a few bugs Episode 4 has on both paths and make an update to Episode 3 to fix 1 game breaking bug

It would left a sour taste in your mouth if I didnt give you any Episode 5 screenie, so here's one: 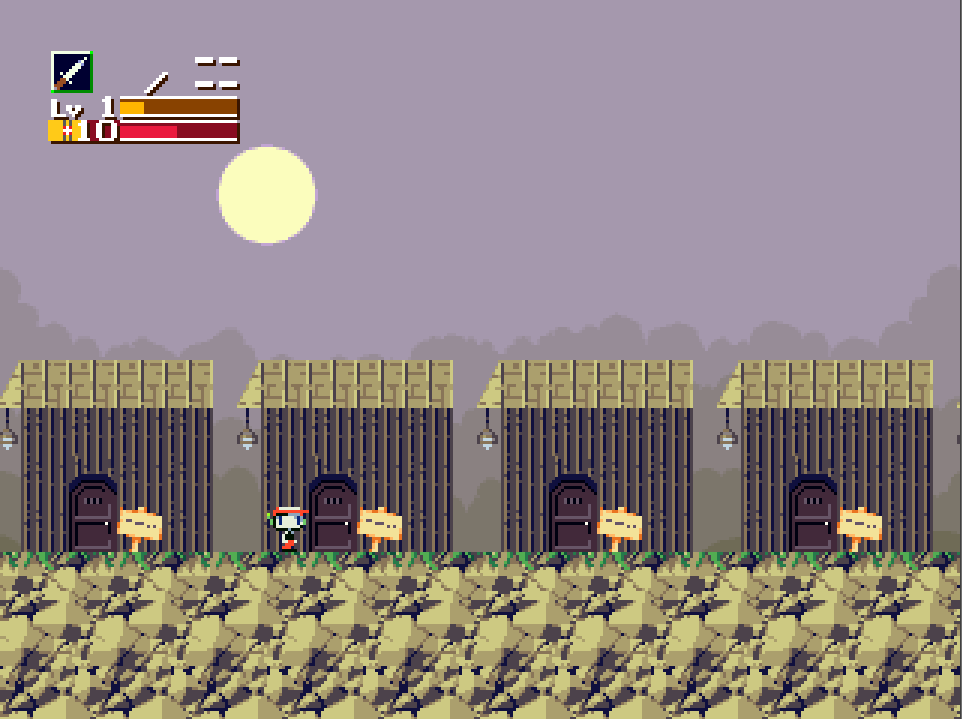 "Life begins and ends with Nu."
Join Date: Dec 31, 2011
Location: United States
Posts: 2236
Age: 25
Sweet, looks like you've got something nifty lined up for us. Looking forward to experiencing the new content for this mod when it releases.

"Life begins and ends with Nu."
Join Date: Aug 20, 2006
Location:
Posts: 2837
Age: 32
Images were getting kinda big there so I added in some spoiler tags and definitely not for any other reason
I'm an admin c:

HaydenStudios said:
Sweet, looks like you've got something nifty lined up for us. Looking forward to experiencing the new content for this mod when it releases.
Click to expand...

Its not that nifty, its just a short little comedy sequel mod you can play, although Episode 5 tends to be bigger than Episode 4.
Sunny x Aubrey (OMORI) Supremacy
Feb 20, 2022 at 5:15 PM

Episode 5 is still in devolepment and needs some finishing touches, (Still have to make altered cutscenes.) It may release in the next week or 2.

The reason why I put Episode 4 on a different page is that so I could submit it to Modfest
(Edit: Updated The Link, reuploaded because I left the error file in the zip)
Last edited: Feb 26, 2022
Sunny x Aubrey (OMORI) Supremacy
Mar 5, 2022 at 1:31 AM

"Life begins and ends with Nu."
Join Date: Dec 31, 2011
Location: United States
Posts: 2236
Age: 25
I had Evergreen next on my list to play, but since you just now made a new release, I thought I'd give this a play and give my thoughts on it.

This mod's random, nonsensical humor just makes me giggle. It reminds me of the silly random thoughts I used to have as a kid. Every moment of this mod, you just never know what to expect.

That's an interesting effect how you are blown back a bit when walking to the next map, instead of seamlessly transitioning, when moving to the right of Breadbear's. It's almost like you're purposefully breaking the illusion of transitioning to another room.

There are a lot of places where the exact same dialogue will repeat when talking to the same character more than once. This isn't inherently bad, but this does feel a bit jarring when you talk to Toroko, and she tells you to shut up before giving you a weapon.

The battle at the end was super funny. I was expecting a running and jumping boss fight, but instead it was an RPG-style turn-based fight with trial-and-error, and I loved it. It was constructed in a way that you're undoubtedly going to die a few times, but you're able to quickly learn and adapt so it doesn't become frustrating or stale. BonziBuddy is the ultimate weapon against all things cyber, and your usage of that virus as a weapon here is legendary.

What was the deal with Boyfriend magically having a line after you rescued Curly and Misery, but not being anywhere visible on screen? I was hoping to have some sort of resolution over the fact that there was that epitaph from earlier indicating that he had gone missing for the last 2 months. 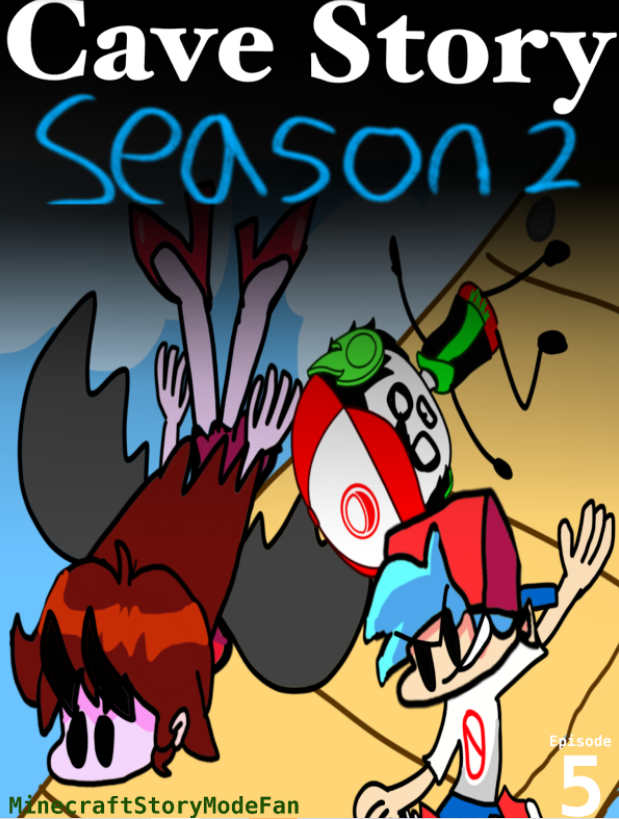 It is available on the original "Cave Story Season 2" page on Doukutsu.Club
Sunny x Aubrey (OMORI) Supremacy
Mar 7, 2022 at 8:00 PM

"This is the greatest handgun ever made! You have to ask yourself, do I feel lucky?"
Join Date: Feb 4, 2015
Location: Mimiga Island
Posts: 102
Age: 17
Awesome, expect a video on the remaining 3 episodes I have yet to play later this week if i dont forget about it by then

Cascade (Modfest 31)
Lost Machine (Modfest 26)
100 Worlds
EVENTCORRUPT (I swear I'll finish it eventually)
Grotto Myth (project ownership transferred to Asper_)
Cave Story: The Story That Never Happened (Old bad mod don't play it please)
https://drive.google.com/drive/folders/1H7jGxFUPUYnxHi0eqy6DPRKe-AOKbr0R?usp=sharing
free to use any of these with credit
Mar 8, 2022 at 4:00 AM

Continuing the trend of referencing all kinds of indie games, web shows, and animated movies that millennials and gen z-ers are likely to be familiar with. That was a cute little visual effect you had of having Quote jump to a new position to symbolize him moving around. It was silly, but I liked it.

Probably the most memorable part for me was the moment when

I had Quote and Misery make out as an attempted method of combat against RedJen. I wailed with laughter when that happened. I remember you posting that picture of Quote and misery making out, but I didn't think that was actually gonna be in the mod.
"Since you entered my dorm without tresspassing." Lol, what?

Well, I wasn't expecting an honorable mention at the end, so thanks for that.

While this mod still amused me, I'll have to say that I didn't enjoy it as much as previous episodes. This episode felt very rushed and really not well tested. I know that this mod is sort of meant to have an un-polished feel to it, but there are a lot of game-breaking bugs that kept softlocking me, and it overall made the playing experience less enjoyable. Previous episodes weren't this broken. Ma Pignon seemed invincible, and I couldn't figure out how to get the Kidney soup, so I hacked the game to see the ending. Here were just a few major bugs or oversights:

When I go into that first room with the critters and bats, I can turn right back around to where I came from, and it doesn't transition me back to the previous map, instead I fall off the edge like in the other room and have to reset the game.

When I try to enter through the little cone-door that should lead back to where I came from when I'm standing outside the high school, the screen goes black, there's some text sounds, and then I'm softlocked again. This one was particularly annoying because I had to go through that bat and critter cave again when loading my last save point.

If I enter Yandere-Chan's dorm and enter the basement once again, that whole cutscene of the announcement and going to the bakery will play again. It would be good to have a flag there so that that whole sequence doesn't repeat.

When asked if Misery is my friend or my girlfriend, I told them "girlfriend," and then I got stuck at the person with a textbox but no text, and the text sound was continuing on. This softlocked me as well.

I would encourage you to playtest this thing all the way through yourself and try to patch things up at least a little bit.

I also couldn't figure out if I was supposed to trigger some special event with Basker, but the sequence in the Cafe was too broken for me to bother to try and figure it out.