"Fresh from the Bakery"
Join Date: Jun 15, 2016
Location: Italy
Posts: 18
Age: 24
So yeah, this is a new thread for "Cave Story android"
This game is a remake of Cave Story in libgdx gaming system, this means that maybe one day i could even release it on IOS aswell...
Anyway the last ported version was about the version 0.5 BETA 3, now it's currently on version 1.0 BETA 5 and I've made a lot of bug fixes and I've extended a large amount of new contenent since the last version. If you've still got the old version then I highly recommend you to update it here...

-Did you know that I've started this project only as a level scrolling camera game? .-.
-If you check out the first grave in the mimiga graveyard you can fight igor!
-Inside the gamecode I've added a screen transition but it was bugged so currently I've disactivated it :I
-Inside the game files you can find some unused characters as master chief or igor in mimiga version!
-I've included some maps as: Outer Wall, Core, Balcony, Leeward Side and Restroom that were used in the early game version but now they have no use...
Screenshots: 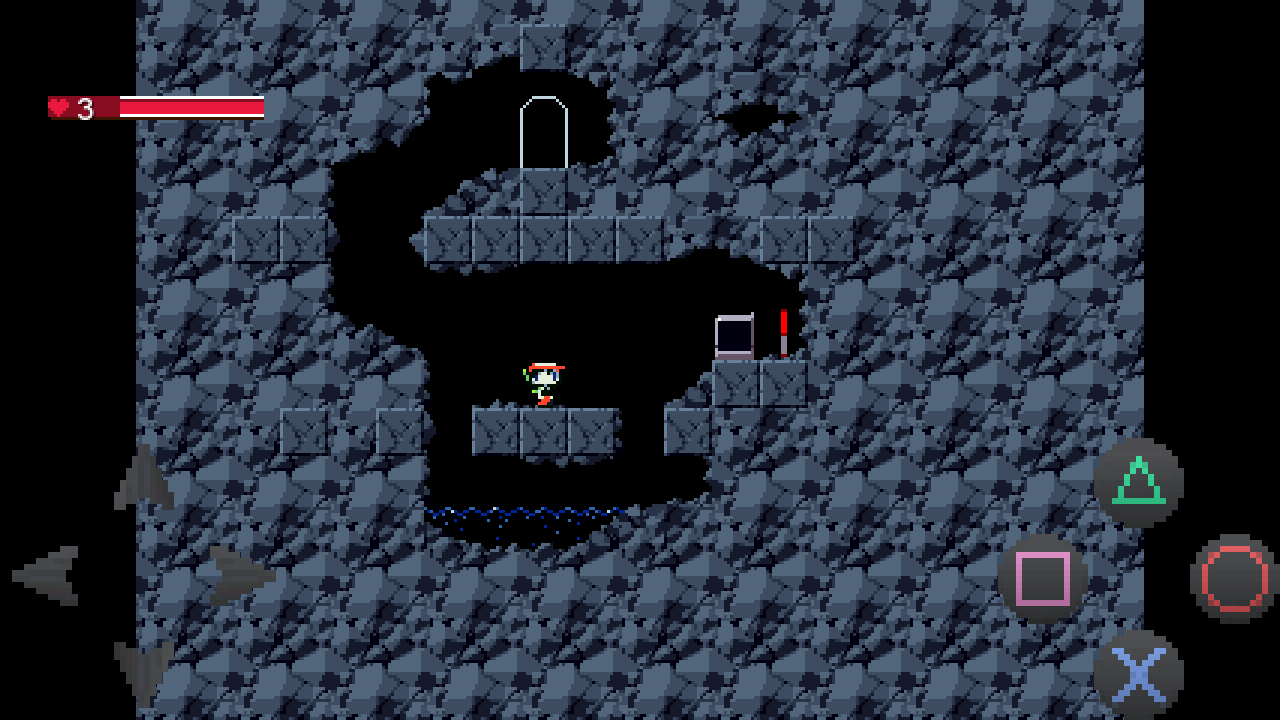 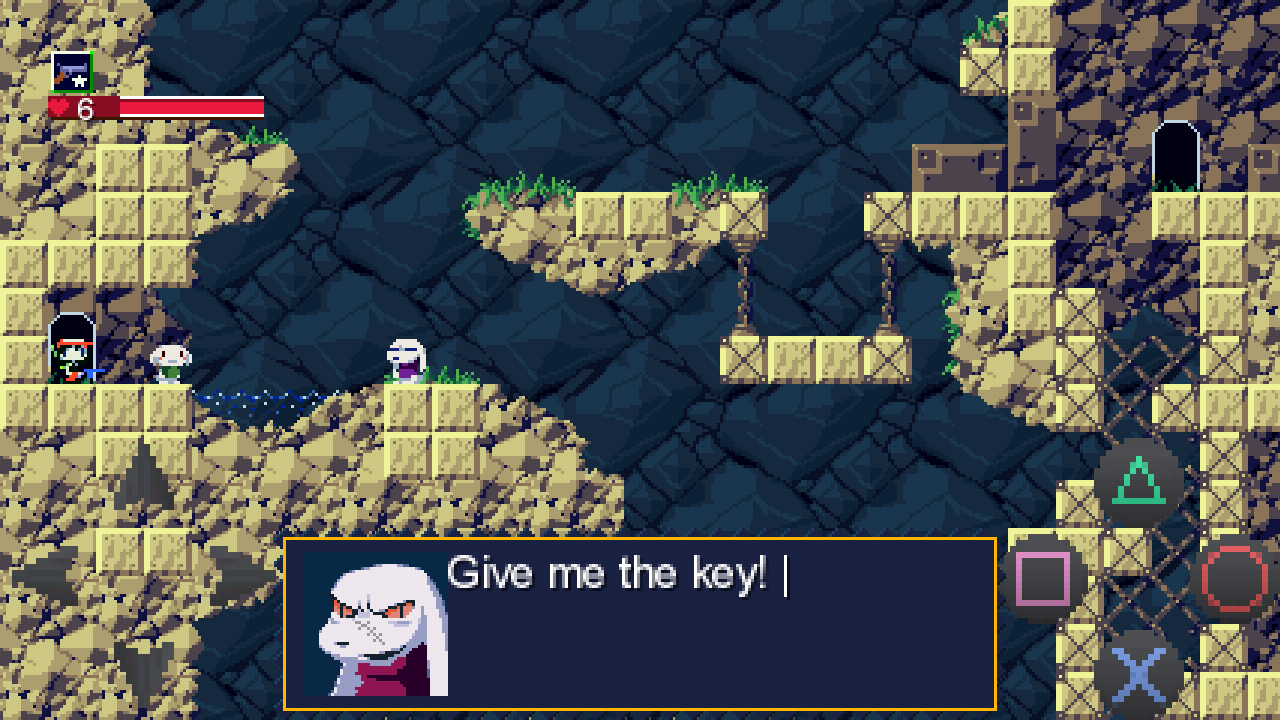 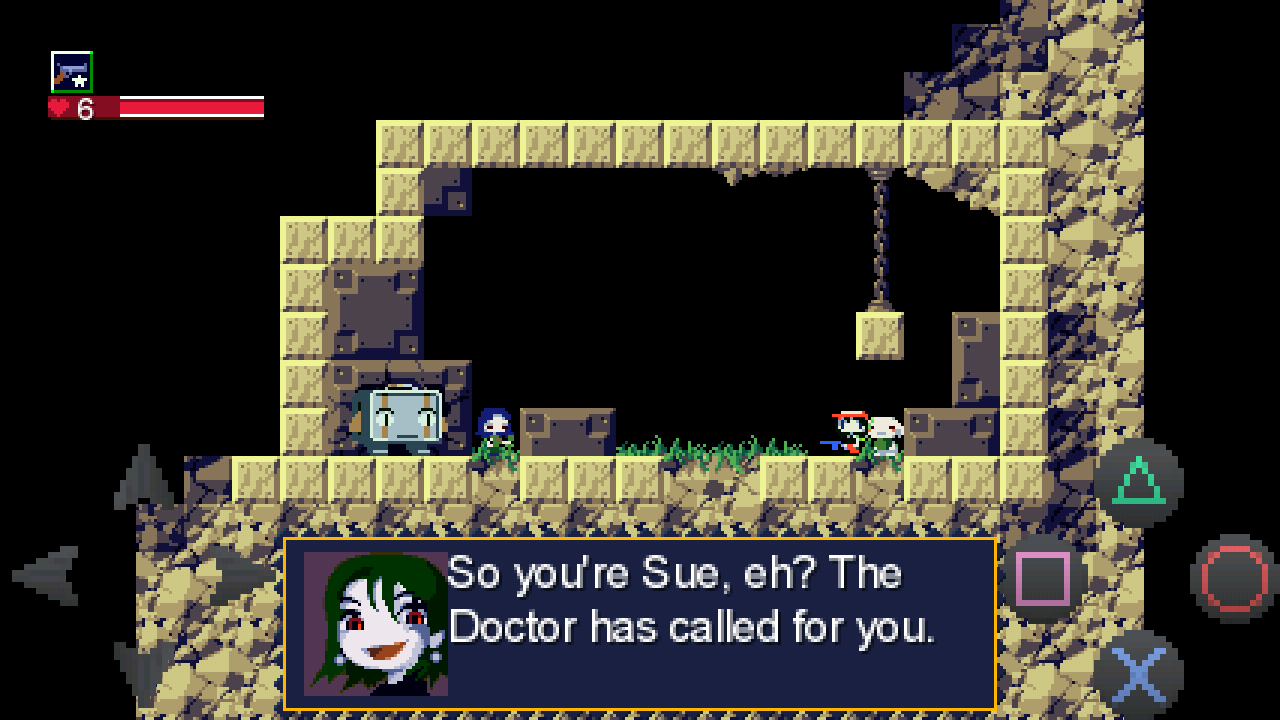 "Life begins and ends with Nu."
Join Date: Dec 31, 2011
Location: United States
Posts: 2271
Age: 26
Interesting little demo you've made there. The jumping physics and enemy movement could do with some more polish, and the music interrupts for things like life capsules and item acquisitions could be better handled, but I do realize this is an early demo. I didn't play your demo but I did watch the video. I'll be interested in seeing this project develop. One thing I'm a little bit unsure about is whether or not you should be using the remastered soundtrack in this game since that's content exclusive to Cave Story ports distributed by NICALiS, there may be some legal issues with that.

"Fly, Fly, Fly!"
Join Date: Jan 13, 2016
Location:
Posts: 132
I'm just judging from the video, but there are a few things I noticed.
I suppose it's worth address the elephant in the room: how come you're making your own clone from scratch, rather than working from an existing one like NXEngine? If it's a learning thing, I'd understand; my first game was a Pacman clone.

Bobomb says: "I need a hug!"
Join Date: Jul 20, 2015
Location: Under sea level or something
Posts: 774
Age: 24
Seeing only the screenshots and the listed features/other ides, I have a few important things you might want to be aware of;
As everybody has mentioned already, using remastered music (which one are we talking about anyway? The calm Wii one or the other one?) is a bit of a bad idea on it's own (unless you somehow have Nicalis' permission, which is unlikely).

If you still do remastered music, make sure one can choose for the original track as well.

Having a quote based on the remastered version while everything is still the same is a little weird.

The font is bad. Mostly because of it's size, it's 'softness'(which looks bad in games like this, trust me), the fact that it doesn't fit well on the health indicator, and it's general sloppiness(the small spaces between letters look really off).

I don't really like the on-screen buttons, are we forced to use this setup and look? Only having the circle-cross-square triangle buttons aside from a d-pad is probably going to be disliked by a lot of people. Plus having the weapon switching buttons there like that (I assume they're on the square and triangle buttons) is a bit weird too.
If you add a configuration for different control schemes, try adding one that's more based on the original version (having the d-pad on the right and jump/shoot on the left).

This raises a few questions;
• What player name?
• Why do you think this is a good idea in a single player game?

All in all, it does sounds interesting, but there are a few parts that are a bit worrysome.
Once you succeed getting everything to work well, you should start adding the rest of the game(if you understand what I mean).
If you want to add extra features and stuff, be careful and try to be gentle (and don't hurt the sequence and flow of the original game).
Insert witty remark here.

"Officially Worth 1 Rupee"
Join Date: May 7, 2018
Location:
Posts: 1
Age: 27
I've installed this apk file on my Google Pixel 2 XL running Android 8.1. As I open the game it simply displaying a blank white screen on startup and crashing itself. Any solution?
James Pandit
Showbox Mobdro Tutuapp
May 7, 2018 at 1:30 PM

"This is the greatest handgun ever made! You have to ask yourself, do I feel lucky?"
Join Date: Jun 18, 2017
Location:
Posts: 91
Age: 21
I don't think the creator can help you about it. They stopped activity last year.

If you want to play the original game: try downloading a PSP Emulator (PPSSPP, available in Google Play Store) and then downloading the PSP port of Cave Story (available in the main site). The port is complete, and contains relatively less bugs. Though, it does not contain the cheats, "DLC", Curly Story, graphics and music from the Remastered version (which are actually illegal to use, but nobody noticed it yet).
I do .org music. Here's my collection. You can use it, but only for non-profit stuff, with credit.

May I suggest trying it like how MetallicLurker said?

metallicLurker said:
try downloading a PSP Emulator (PPSSPP, available in Google Play Store) and then downloading the PSP port of Cave Story (available in the main site).
Click to expand...

"Huzzah!"
Join Date: Jul 6, 2019
Location: United States
Posts: 211
-First and final thoughts since I'm pretty sure this is dead-
don't really see the point in using this unless you have nothing to do or want to play Cave Story on the go badly, which I mean I guess is the point, but it's pretty cool, I guess, maybe.
Last edited: Mar 5, 2020
I like speaking my mind, but ironically, it's hard to put into words.
Mar 5, 2020 at 8:59 AM

"Huzzah!"
Join Date: Mar 25, 2019
Location:
Posts: 206
Well, you can't expect a mobile port of a game to be as good as the original in most cases.
If it had been developed more, then maybe it would have had a higher level of quality put into it, but that just didn't happen.
Sep 10, 2020 at 5:02 PM
S
SonicTheBlueBlur2
Novice Member