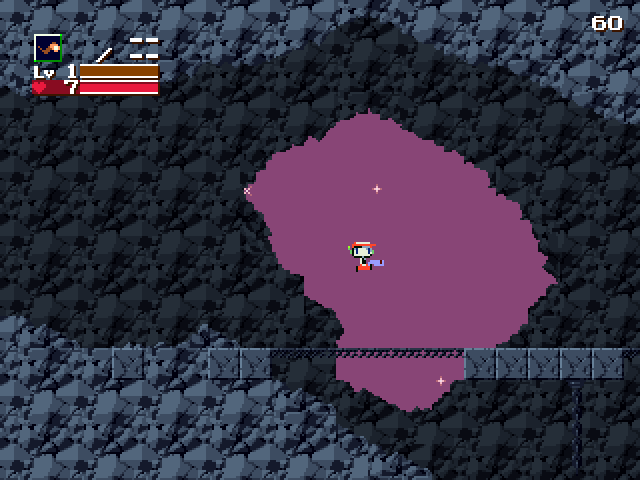 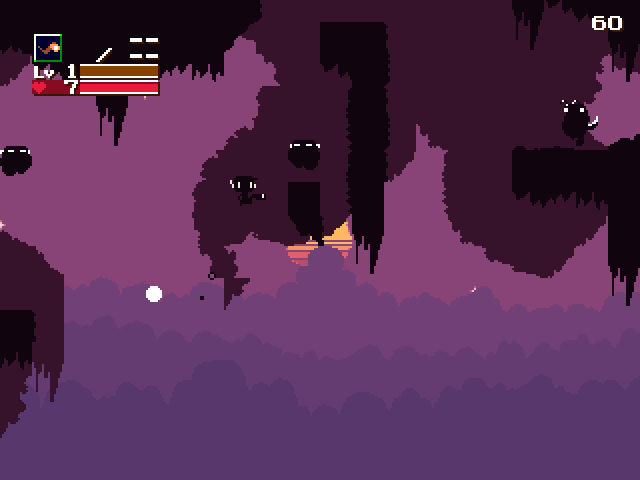 "Life begins and ends with Nu."
Join Date: Dec 31, 2011
Location: United States
Posts: 2048
Age: 25
It's weird seeing people in the CS modding community start to treat the CSTSF as the secondary outlet for showcasing mods, and the discord server as their primary outlet. It's only now that you'd create an account here. Anyway, welcome to the forums. I might give your mod a try at some point this weekend.

HaydenStudios said:
It's weird seeing people in the CS modding community start to treat the CSTSF as the secondary outlet for showcasing mods, and the discord server as their primary outlet. It's only now that you'd create an account here. Anyway, welcome to the forums. I might give your mod a try at some point this weekend.
Click to expand...

well, less the server and more Doukutsu Club lol, the CSMC server is more for mod feedback and help, but yeah, it's been interesting how over the past few years mod uploading has shifted from being less common here on the forums to Doukutsu Club
Honestly I understand the shift since I think Doukutsu Club's more database based design goes better for mod archival, I even have a mod I made for this month's modfest that I have yet to create a thread here for lol

anyway, I've seen Sunset Challenge posted a bit on the CSMC and I think I'll finally give it a try this weekend too
help what do i put here

"Life begins and ends with Nu."
Join Date: Dec 31, 2011
Location: United States
Posts: 2048
Age: 25
So I decided to spend some of my Saturday morning playing this mod, and it ended up not taking up too much time.

Welp, I guess I'm a criminal. It said this mod was for use in Bulgaria only, but here I am, playing it in the United States, so I guess I should be prosecutedt to the full extent of the jam.


The lack of any music on the main menu threw me off, but I respect the artistic boldness. As I progressed, it became more and more obvious that this was part of the tone you were setting for the mod, and I must say, your execution of setting this eerie tone was superb. I decided to see what would happen if I drown at the beginning, and you kept that consistent eerie tone by keeping the same music and just having that quick "You have drowned" message, and it automatically loading up your save file or starting the game back up. But that was just the beginning.

I really liked your background effect in that cave that used the "First Cave" tileset. You had the foreground tiles, the background tiles blending in nicely, and then the background sky even farther back. It all melded together really well. You did a really good job of giving the mod a sense of familiarity from Cave Story at the beginning, and then slowly transitioning the atmosphere into the mod's unique style by the time you get to the bottom of the island. I really liked the visual effect you had in the dark part of the cave. That was really cool how you drop down and reach "The Bottom of the Island," and the music starts, with the level becoming both more challenging and also having the platforming and background design more defined.

The level design was visually stunning and appropriately challenging. It seemed a bit hard at first, but the strategy of grabbing power crystals whenever you can, closing the gap with the gaudis sooner rather than later, and figuring out how to get those jumps right came pretty naturally; I found myself getting farther and farther each time. By the time that I progressed to the next area, I felt a sense of accomplishment for having overcome a difficult obstacle without having felt any serious feelings of frustration or punishment along the way. That's a very hard balance to achieve, so good job on that.

I have to emphasize once again how impressed I am with the visuals and level design of this mod. You do a really go job of giving just enough of a hint at secrets that it's not obvious, but that people with a keen eye and a sense of exploration are likely to find it. I found the life capsule and also your secret where you find the cat where it says "Oh. It's just a gato."

That was a cool little area you had with the twin ghost boss fight. I liked the effect of it fading away like Pooh Black once defeated. And I found the cat image at the very end amusing.

The only critiques I can think of are that it might be good to add an extra autosave some time after that first challenging room in the bottom of the island, and that there's this one little part where the visual design of the platform doesn't quite line up with how it behaves in gameplay: 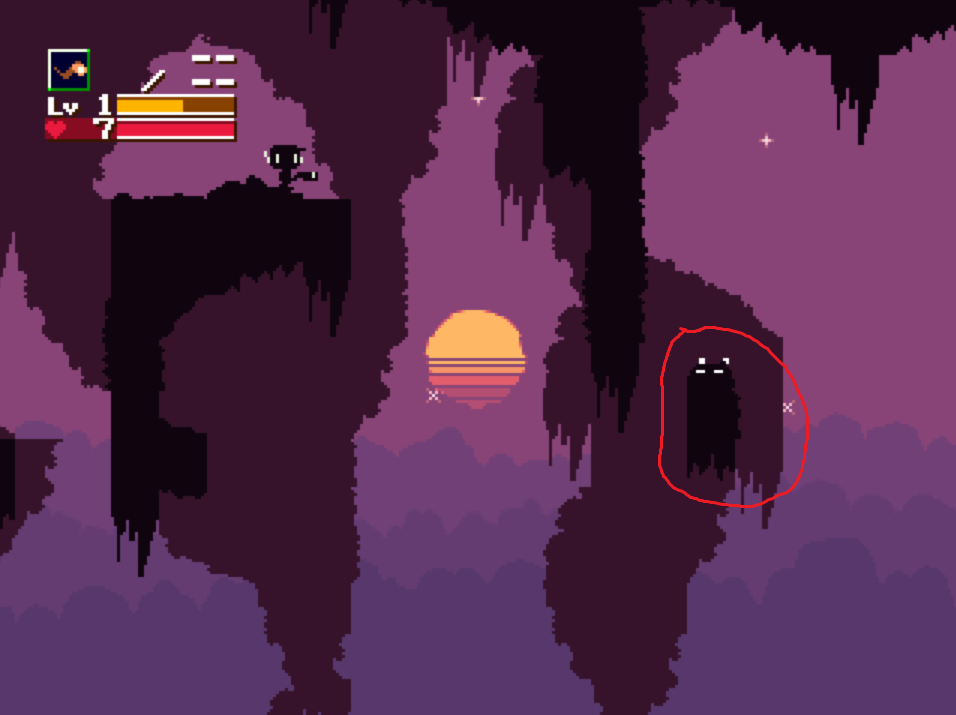 That platform that you need to land on is very easy to get stuck underneath due to the fact that its collision box is very short. If the collision area for that platform was more like its visual appearance in game, it would not only make more sense, but it would make this jump a bit more forgiving, since this was the one jump that I dreaded each time due to the fact that it was hard to pull off.

Those were the only complaints that I could think of.
Overall, this was a very good demo. Usually I find myself reporting numerous bugs, scrutinizing a bunch of design choices, and reporting typos, but this was a very polished mod with good design and fantastic visuals. This is one of very few mods I've played within the last few years that has really impressed me.

HaydenStudios said:
Welp, I guess I'm a criminal. It said this mod was for use in Bulgaria only, but here I am, playing it in the United States, so I guess I should be prosecutedt to the full extent of the jam.
Click to expand...

Oh yeah that was a joke based on this: 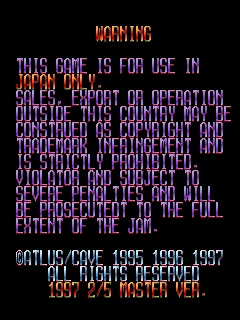 Pretty reasonable that people didn't get it though

And thank you! I'll see what I can do about that jump if I ever update this again, those stalactite-like tiles can be pretty confusing at times
Last edited: Aug 28, 2021
studio gato | gato warehouse
Aug 28, 2021 at 9:55 PM

"Master using it, and you can have this!"
Join Date: Feb 4, 2015
Location: a place that exists
Posts: 73
Age: 16
awesome no 60 fps even with modloader
ok but yeah i genuinely love this it's really impressive ngl (and hard), this was made with ModCS, yeah?
also i must know who made that Home - Resonance org it's so good
help what do i put here

aikyuu said:
Oh yeah that was a joke based on this:
View attachment 7973
Pretty reasonable that people didn't get it though
Click to expand...

Haha, I figured that was some sort of inside joke, just wasn't sure if it was something exclusive to the CS modding community, or something known among a wider audience that I wasn't privy too.


AquaDoesStuff said:
this was made with ModCS, yeah?
also i must know who made that Home - Resonance org it's so good
Click to expand...

According to the Doukutsu Club page, this was indeed made with ModCS, and 2DBro helped with the music, so presumably he was the one who made that music.

AquaDoesStuff said:
awesome no 60 fps even with modloader
Click to expand...

Create an empty file called 'ntsc' next to the exe


AquaDoesStuff said:
this was made with ModCS, yeah?
also i must know who made that Home - Resonance org it's so good
Click to expand...

xD Enjoyed it. Hadn't used booster 0.8 in a long time, actually didn't realize I even had it equipped at first! But after a few falls at the start, I focused and made the rest in one go.
Very nice aesthetics with the underside parts! Wasn't sure at first with the intro area, looked odd.

Oh and never did dare die after the first bit, thinking I'd have to restart at the beginning. Was a little tough to make out some of those platforms, but not too bad.
Well done!