Was the trap on erosion supposed to be impossible? or am I on the intended path?
Nov 24, 2012 at 1:14 AM
S
Slither
Professional Whatever

You're not supposed to boost through the heavy presses. After experiencing the earthquake go back down to Town Hall.
EDIT : USER WAS WARNED FOR THIS POST
Nov 24, 2012 at 1:43 AM

"The Ultimate Sword of Extraordinary Magnitude"
Join Date: Jan 26, 2012
Location:
Posts: 292
How do you even do that without enemies that can give you temporary invincibility?
Nov 24, 2012 at 2:21 AM
C
Chema
Junior Member

Duke Serkol said:
How do you even do that without enemies that can give you temporary invincibility?
Click to expand...

Some rows are missing the right heavy press, so you can step on the ones you have passed, thus enabling you to use the jetpack again
The margin of error is merciless, so don't expect to do it on the first try or second..... or twentieth

Oh, i almost forgot
there is a glitch that....

after defeating oblivion, leave room > go back > stuck forever with a pleasant companion

Chema said:
Some rows are missing the right heavy press, so you can step on the ones you have passed
Click to expand...

Mh, those should probably be added in, so people don't get the wrong idea that they're supposed to get past them.

after defeating oblivion, leave room > go back > stuck forever with a pleasant companion
Click to expand...

What? Doors, I thought you had fixed that...


Chema said:
BTW, when/where does the earthquake trigger? I don't recall any (perhaps I wasn't paying attention when it did)
Click to expand...

Duke Serkol said:
What? Doors, I thought you had fixed that...
Click to expand...

My bad, my post was very ambiguous
what I meant is:

When you beat oblivion at the top of the red tower, you drop down a pit on the left to go back where you fought possesed curly,
BUT if you go back to where you fought oblivion instead of going forward where the lightning strikes Quote, you get stuck with a respawned oblivion
This glitch, however, is not very critical since it only gets extremely curious people (like myself)
I just found out a BIG problem
remember when I didn't recall an earthquake?, well....

That was because, at the outer wall, I used the machine gun to go all the way to the right where a piece of mirror and a health expansion are, and there are 2 doors over there which bring you all the way up, bypassing the earthquake event in the process

To fix it I had to go all the way down and climb up the outer wall for it to trigger
This might confuse several people who get the machine gun by this point and venture to the right just as I did
The most viable solution I see is to move the earthquake event up where the teleporter is, that way nobody can miss it
Nov 24, 2012 at 6:11 AM

"I, Ikachan. The Life and Documentary of the OrigiNAL SQuiD."
Join Date: Apr 23, 2012
Location: United States
Posts: 161
I'm not going to lie, I was pretty excited when I got this to work on Wine. I've been having troubles with that program since I updated it, but I might have it figured out now. Anyway, some thoughts, observations, and an "uh oh." But I'll throw this disclaimer that some of the quirks that I found might be due to the fact that I'm running JNR on Wine. Who knows?

The third-level bubbler is now like the Snake in that it can shoot through wall. Handy, but unfortunately this also means that it can't break through shootable blocks. Was this intended?

I really like the new tileset for the Red Tower. It contrasts a lot from the rest of the game, but it still looks good. I wonder, though, on the map screen there are random points in the middle of the air that don't appear to correspond to any visible blocks. Are they there for a reason or are they just coincidental?

Lastly, after fighting Misery as the Red Demon and boosting through a bunch of spikes, the game crashed twice as I tried to exit the second map of Genesis at the end of the game. It might be a Wine problem, though, because it gave me this odd screen: 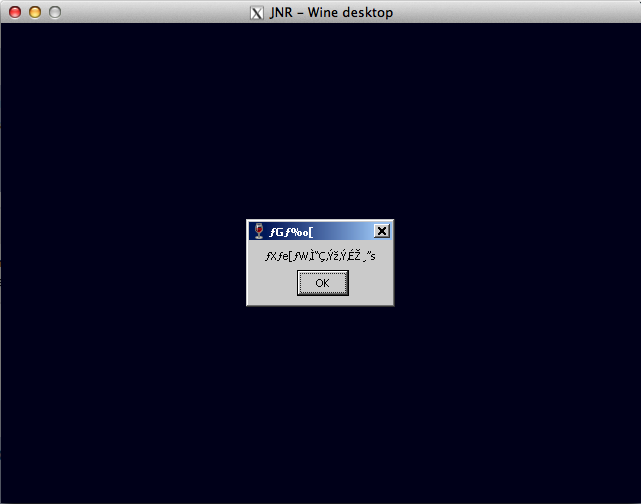 Duke Serkol said:
What? Doors, I thought you had fixed that...
Click to expand...

I thought so too.

@mosaic download the most recent version, I just fixed that last error.

"I, Ikachan. The Life and Documentary of the OrigiNAL SQuiD."
Join Date: Apr 23, 2012
Location: United States
Posts: 161
Awesome, thanks! Finished my first play through with the newly updated version. I got a (the?) good-ish ending—hooray!

Regarding the ending that I got,
it was the one where you end up going through Jenka's house, fighting Asura, and then Jenka wakes up and you are reunited with everyone in Mimiga Village. The whole plot line with Asura seems to kind of come from nowhere when the gunsmith puts the mirror back together for you, though. Maybe I just wasn't paying enough attention, but was Asura part of the reason that Jenka had fallen asleep? That wasn't clear to me in this ending. Is there another ending that explains more about why Jenka was asleep and incapacitated in the first place? I always wondered what one might find out if you could make it to what I'm assuming is Jenka's house in the middle of the Sand Zone.

Also, did I detect a mark of HaydenStudios's influence in this ending? With the whole bit with Curly at the end there and all.

EDIT: Also, a little disclaimer that I was only ever able to get one of the worse endings of JNR before the overhaul (due to a bug in the mac port and finicky issues with Wine), so I'm not sure how much might have been changed since then.
All in all, an enjoyable playing experience! Thanks for all your work on this, Doors and everyone else who helped revamp the mod this time around! Of course thanks to Schmitz for the original, too.

Anyway, I'm looking forward to playing through a couple of more times to look for more endings. Unfortunately, it probably won't happen for another couple of weeks, though, due to school and life and whatnot.
Nov 25, 2012 at 5:56 AM

"Life begins and ends with Nu."
Join Date: Jan 13, 2011
Location: Lasagna
Posts: 4485
Get the
dimensional mirror
then
beat the game.
[ spoiler]This is how you use spoilers[ /spoiler]
@Mosaic glad you enjoyed it!

Regarding Asura: he's a sealed-up demon that you release by activating the dimensional mirror. He's been sealed away for so long a time that there isn't really any mention of him anywhere, except passed down the hermit gunsmith family. I thought that it would be better to have him more or less a secret than to blatantly state his existence throughout the story.
EDIT : USER WAS WARNED FOR THIS POST
Nov 26, 2012 at 1:05 PM

"Life begins and ends with Nu."
Join Date: Jan 13, 2011
Location: Lasagna
Posts: 4485
No seriously use the spoiler button because it's really annoying how you have no regard for others who haven't gotten it yet.
In any case, that's a secret and you have to find out for yourself.
EDIT : USER WAS WARNED FOR THIS POST
Nov 27, 2012 at 7:17 AM

how to unlock jenka's nightmare hard

As far as I know, this new and improved version of JNR has no hard mode. And the mod is considerably difficult as it is. Making the mod harder without putting a ton of work into making it good would have it just end up with a bunch of fake difficulty. I, personally, thought that the hard mode for the earlier JNR was frivolous. Of course, that's entirely up to Doors whether or not he wants to make a hard mode for this new version or not, but the point is, there's currently no hard mode for the current JNR.