"Wahoo! Upgrade!"
Join Date: Dec 8, 2018
Location:
Posts: 55
Age: 16
(Okay, for anybody who saw my previous thread, obviously it didn't go so well for me last time. But I corrected my one vital mistake pointed out to me. Now only the "data" folder is downloadable. Nothing illegal here. Is that alright?)

Now, the premise is rather simple. Nothing has been added to vanilla CS+ except for a soundtrack entirely composed of custom music. From Aquarium Park to Show No Tears to remixes of Touhou themes, this soundtrack definitely has one piece of music that you'll enjoy. Or you'll just treat it like any other regular piece of music you've heard. But I wouldn't blame you. Some of these tracks aren't quite fitting and just placed in the game for the hell of it.

So all you have to do is copy the "data" folder over to your CS+ location, change your current soundtrack to the New Soundtrack and boom! You get to listen to all sorts of crap from beginning to end!

However, if there is something about the custom soundtrack that doesn't work well in any way, feel free to contact me. Without being an asshole.

Unwatchable livestream from months ago

EDIT: Music here belongs to their original owners or whatever, I don't care. 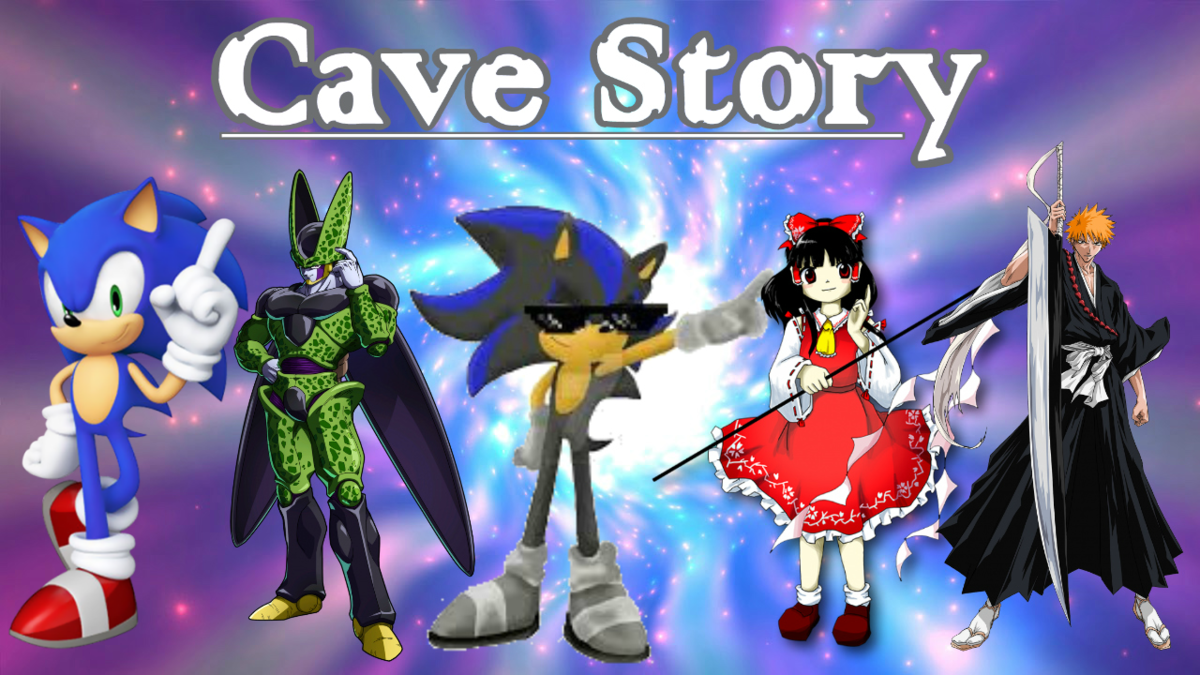 Bobomb says: "I need a hug!"
Join Date: Jul 20, 2015
Location: Under sea level or something
Posts: 770
Age: 23
Considering the previous thread I'm just gonna risk asking this.
Are all the included tracks allowed to be shared by their respective creators?
Insert witty remark here.

Mint said:
Considering the previous thread I'm just gonna risk asking this.
Are all the included tracks allowed to be shared by their respective creators?
Click to expand...

Now they are. "Access" was originally something else obviously not allowed to be shared but it's been replaced.
May 7, 2019 at 9:41 AM

Also, the "now they are" response is just a bit fishy. Like, you have actually asked the artists for their confirmation, right? Even if they're credited?
Um, pretend there's a signature here.
May 7, 2019 at 12:40 PM

Serri said:
Also, the "now they are" response is just a bit fishy. Like, you have actually asked the artists for their confirmation, right? Even if they're credited?
Click to expand...

Al-Ameen Adewunmi said:
If they don't have copyright, they're completely fine to use.
Click to expand...

That doesn't work like that.
You can't use someones work by default unless stated otherwise.
May 7, 2019 at 1:29 PM

iSage said:
That doesn't work like that.
You can't use someones work by default unless stated otherwise.
Click to expand...

Al-Ameen Adewunmi said:
I mean I replaced the ones that had copyright.
Click to expand...

Are you sure? A quick google on the few titles you mentioned tells me some are taken from games, that doesn't sound like it has no copyright.

Al-Ameen Adewunmi said:
As long as they don't have copyright, they're completely fine to use.
Click to expand...

Just because something is shared for free (Assuming you got these from official sources) doesn't mean you can just do with it what you want, usually it comes with a license or conditions.
EDIT: In fact, dephending on where you live your original works may be copyrighted by default.
And if there aren't any it's generally nice to either ask permission or just dont share- or at the very least credit the authors.
Honestly if you can't ask for or find explicit proof wether it's ok for all off them you might as well just make org versions of everything.

Al-Ameen Adewunmi said:
Well, too bad. Nothing's restricting me from using them in the first place. No copyright in the music, no trouble. Simple as that.
Click to expand...

Well yeah, nobody's stopping you from personally using them, but mods and any of the authors of the tracks can stop you from sharing them.
Last edited: May 7, 2019
Insert witty remark here.