Is the Cave Story world flat?

"Wow! The more I drink of this magical beverage, the more games I can play! Wheee!"
Join Date: Feb 3, 2019
Location:
Posts: 29
Age: 20
So I'm in a vc on discord, right? And this so called "person" (big red flag there) is trying to tell me that the cave story world is flat (or spherical, not sure which, it was pretty wishy washy) and now my entire perspective on the world of Cave Story has been shaken. so apparently there is a weird perspective on the pixel art of the cutscene where the island is falling and I don't have the intelligence to decode this measurement of angles rn. If the surface is round does the island have an orbit!? Please tell the answers people, I have major brain donk.

"Fly, Fly, Fly!"
Join Date: Jan 14, 2014
Location: Antarctica (The Penguins say Hi)
Posts: 142
Age: 22
So I did some research into the last (non P.S) question, I'm pretty sure the answer is no
For a quick middle-school-level refresher, the earth's atmosphere is split up into multiple layers (like an ogre):

We know by the clouds in bkmoon that the island is... above the clouds, so we're at LEAST in the high Troposphere, POSSIBLY the high Mesosphere, but that'd be a stretch... pretty sure there isn't enough oxygen up there.
So, is it possible to orbit at that level?
Well, based on this site I found https://www.universetoday.com/120692/how-low-can-you-orbit/

So what are the limits? Anything below 160 km altitude will essentially re-enter almost immediately, as it’s buffeted by the thicker atmosphere. You really wouldn’t last more than a few hours at that altitude, but above 800 km you could orbit for more than 100 years.
Click to expand...

As we can see from the chart, even the high Mesosphere is WELL below 160km, meaning the island would not have a very good chance of being able to orbit there by physics alone.

Maybe there's something weird you could figure out with the magic holding it up to constantly hover or something, but based on physics alone it's not possible.
Maybe someone else wants to figure out the speed the island is going at based on the speed of the clouds? Then we'd also need a rough estimate of the size of the island, and the aerodynamics, etc... it'd be a mess.
CS mods:

"What're YOU lookin' at?"
Join Date: Apr 23, 2013
Location: In a cave above the city.
Posts: 1039
Age: 24
The surface is a SPHERE (or a circle if you're a FREAK about viewing two dimensional games as nothing but). It's identical to earth when it comes to physics and so THE ISLAND HAS TO BE IN AN ORBIT. It moves at incredible rotational velocity because the surface planet is rotating. Jenka and The Core perform minute adjustments (and I guess propulsion because Brayconn says the atmosphere is a bitch?!!?) to MAINTAIN THE ALTITUDE AND ORBITAL COURSE.

Ballos' uncontrolled chaos in his EMO GOTH HEART isn't dragging the island straight down! He's not that fat when it comes to weighing down the Island alongside gravity. I REPEAT, HIS ASS DOES NOT HAVE THE MASS! His uncontrollable magic is enacting TURBULANCE on the Island. Without the autopilot of THE CORE (now called ""breakcore"" colloquially because Quote's a dumbass who breaks his convertible after being handed the keys), Ballos absent-mindedly is shifting the island in unpredictable random angles that destabilize the orbit and send it towards the earth, but it's NOT STRAIGHT DOWN THAT'S ONLY AN ILLUSION. IT'S A DESTABALIZED ORBIT BACK TOWARDS THE SURFACE. This explains why destroying the core destabilizes the Island but beating Ballos at a game of backwards-facing-gun Russian Roulette reestablishes it from the bad mojo going on. Jenka can handle it MANUALLY.

Also to answer the 2nd question. I have a gut feeling that Igor is (somehow???) British but that's about it. No actual explanation or logic behind it but his energy. Also this thread probably should not have been made in the first place, now the civil war over the spherical (correct) or flat (wrong) nature of the Cave Story universe will spread here.
I currently own and administrate a Discord server primarily focused on modding Cave Story.
To download any of my mods, all you have to do is choose a host:
Doukutsu.Club ~ Dropbox ~ Google Drive ~ Mediafire ~ Mega.nz
May 28, 2022 at 12:15 PM

actually it's strongly implied in canon that the surface is, in fact, australian - aka the cooler bri'ish - due to jenka hinting that rabid mimiga made it down to the surface.

there are three total depictions of rabid mimiga in-game: igor, toroko+ and the generic ravil enemies, and only one of them actually moves by walking - igor, who already has other unique traits such as keeping an (albeit limited) ability to speak, which could be due to his devotion to his master carrying through the red flower transformation, or something he regained due to possibly having been rabid for a long time... anyway, i'm getting sidetracked, igor's a special case, and 2/3 rabid mimiga move in a specific way: by hopping. guess what else hops and is potentially incredibly deadly? 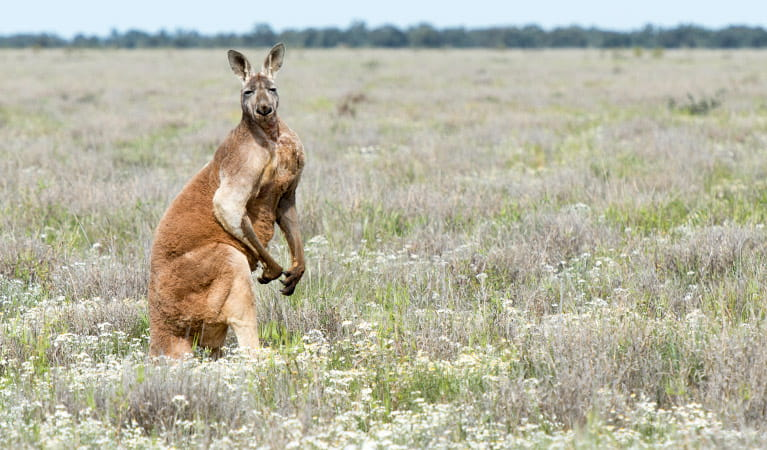 yep! kangaroos!
now, they're not the only mammal with the ability to hop, but the only others are small critters such as rabbits/rabbit-adjacent creatures, or insects, etc... and really, they don't quite match the deadly depiction of a rabid mimiga - meanwhile kangaroos are large, fast, have incredible physical strength and won't hesitate to fuck you up... sound familiar?

and guess where the only place you can natively find kangaroos is?

you can't deny the facts, people

EnlightenedOne said:
He's not that fat when it comes to weighing down the Island alongside gravity. I REPEAT, HIS ASS DOES NOT HAVE THE MASS!
Click to expand...

this is the best thread i've ever read