"Huzzah!"
Join Date: Dec 2, 2015
Location:
Posts: 211
Age: 24
This is a mod that I've been working on since like the beginning of October. However I have abandon this project because I realized how bad it was. I decided though, that I might as well post it though just cause I might as well show it off. There may be some bugs I haven't seen in it, but there's no major ones that I am aware of.

Sorry can't do screenshots cause my schools computers are cool.

"Life begins and ends with Nu."
Join Date: Jun 27, 2013
Location:
Posts: 2670
Age: 28
Wow, this mod really has shown a lot of progress over and over again, though I've been giving you a lot of feedback for half of the mod's production.

There are a couple error spots in the weapon route that you could get stuck at if you go the wrong way through the maze in Level 1-2. 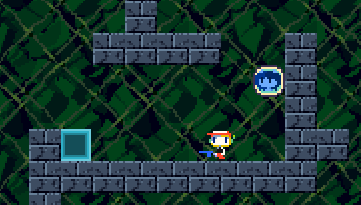 There is no way to reset that block's position, meaning if you move it the wrong way, you will get stuck. 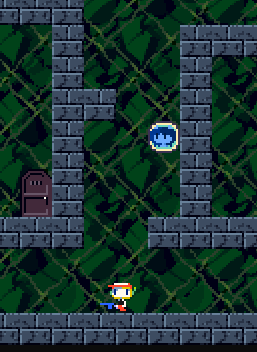 Here, I think you accidentally placed that block one unit too high, since you can reach that top platform from the Anti-bullshit block's elevation.
Now to try out the Booster route and see if there are any more errors in the mod...
The Warden, it's not just a sin eater... it's an ASS!
Dec 2, 2016 at 9:39 PM


Abandoned or not, I might as well write a short bit of notes for it anyways.

what did he mean by this

oh it's THIS mod
i remember playtesting an earlier build 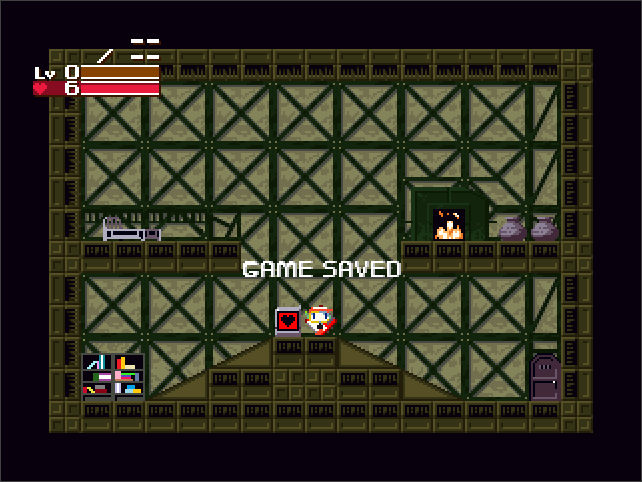 it would have been nice to be told what the paths actually were aside from signs
a y/n prompt before opening the chest, too

layering death spikes like this looks a little odd, though i guess it's fine if it's just one pit

but why can't i take it? 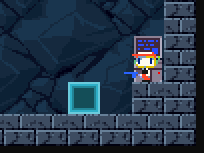 i like that you put in a PC to reset the puzzle if you mess up, though it could have used a short message or some sort of feedback when interacting with it

cool block-pushing thing, by the way

there's no hole behind the door

boy, i sure do love death pits with no foreshadowing that they're death pits

not sure why i have to collect these pink boxes, but collect them i shall 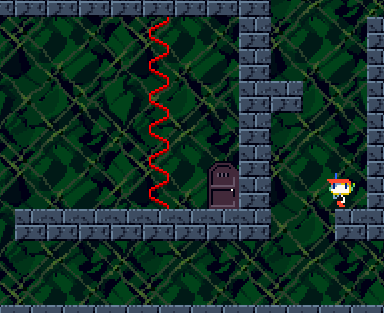 wow, the forcefield doesn't actually damage me, so i'm softlocked

but i don't have boosters 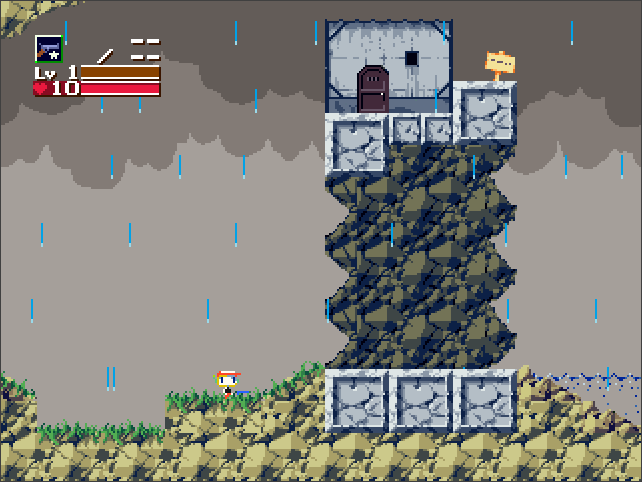 rain's a nice touch you don't see too often 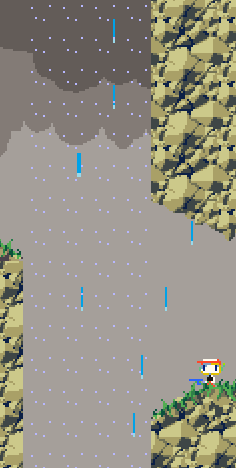 i completely managed to forget the waterfall existed over the course of 30 seconds
to be fair, it's really hard to see on a light grey background 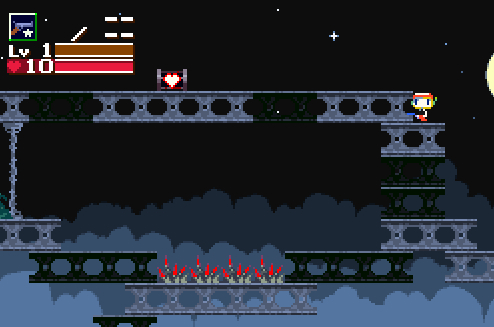 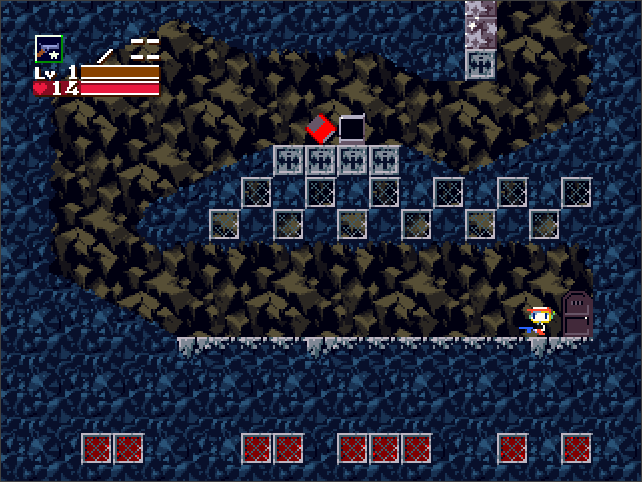 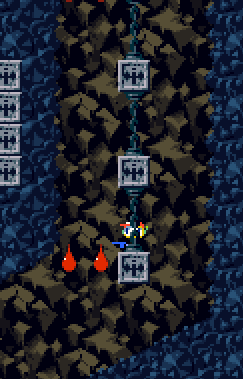 well thanks for the life capsule not-curly 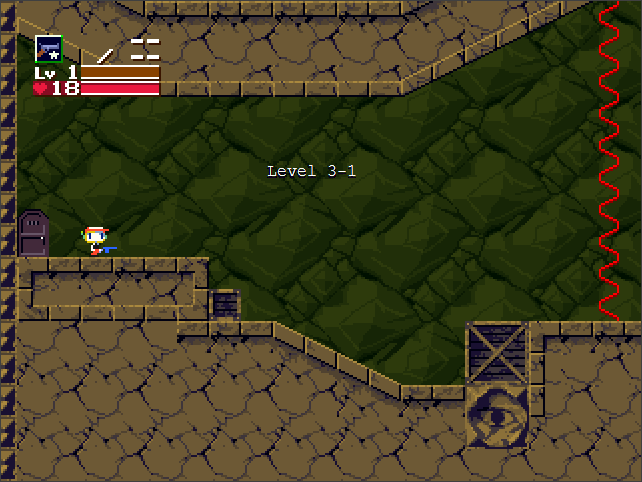 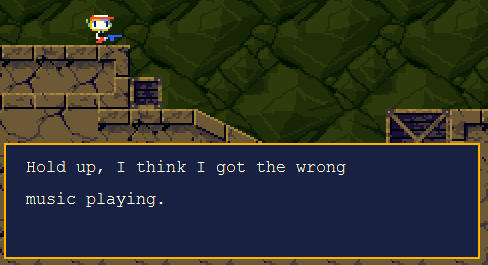 see look even the mod thinks so 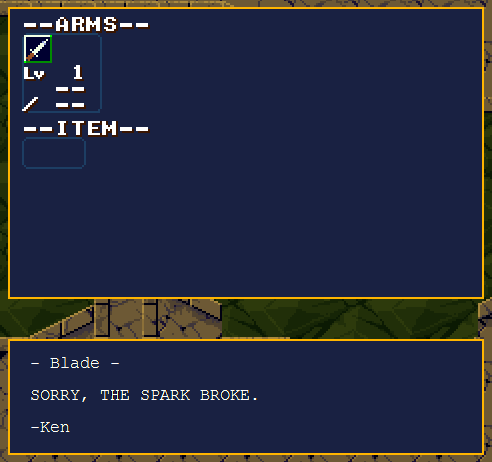 oh man, after testing my mod so often, i forgot how powerful the original blade was

not sure why, but this enemy occasionally glitches out when bobbing up and down
it may be because it's right next to a wall 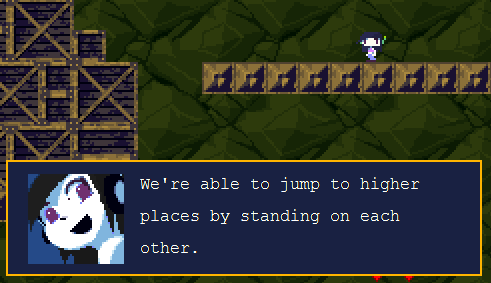 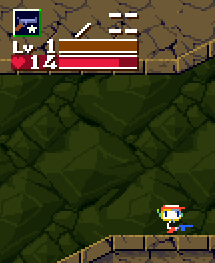 aw man, it would have been neat if you made it so the two characters had separate health bars 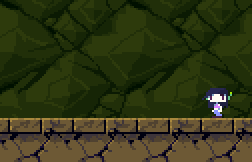 u wot m8
(i missed the part where it emitted a poof of smoke, but i basically killed the door)

wow uh
if you do what i did and ignore the block that brings down the barrier blocking you off from the rest of the level as the girl, you end up softlocking yourself 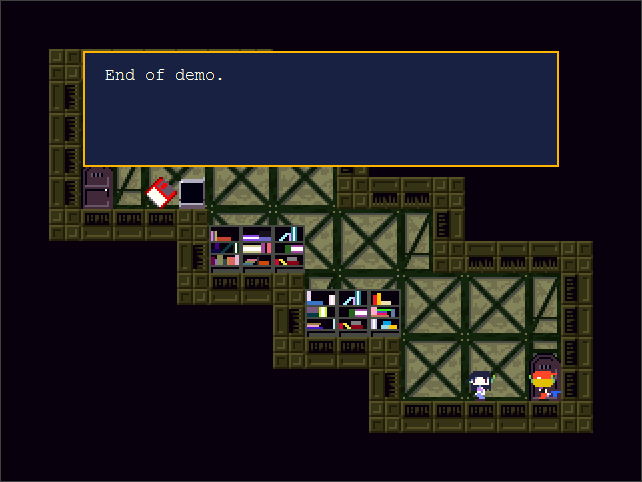 fug
The mod was a little rough around the edges, mostly due to the fact that you're abandoning it, but the gimmicks it had were pretty neat, like shooting blocks to create platforms and pushing other blocks like crates. Aside from aforementioned roughness, I think those gimmicks could have been fleshed out a bit more, like having a longer area dedicated to crate use.
Mods:

I'll fix the block in 1-1 to be 1 lower, there actually is a way around to the upper right side of the level without using the block.

I'll change the enemy in 3-1 so you can't damage boost off of it, as that wasn't intended.

The reason I didn't use the moveable blocks that much was because I couldn't make them stack on top of each other, so I couldn't really do much with them.

I'm going completely off of memory since I don't have my modding notes here at work, but Kenni if you want you could try using <FL+9018 to force the exe into thinking the Z/X button was pressed, making it auto-cancel the intro scene timer. If that doesn't work than just increase the number until it does, it should be right around there.

I'll add this to the list of mods to play.
I currently own and administrate a Discord server primarily focused on modding Cave Story.
To download any of my mods, all you have to do is choose a host:
Doukutsu.Club ~ Dropbox ~ Google Drive ~ Mediafire ~ Mega.nz
Dec 3, 2016 at 4:17 PM
S
Slither
Professional Whatever

"Life begins and ends with Nu."
Join Date: Jun 27, 2013
Location:
Posts: 2670
Age: 28
I don't think that means it's automatically a bad mod. As someone who's helped test this mod for Kenni multiple times, it really was becoming a good mod. However, Kenni had way too many ideas for a mod that was meant to be short, so I'm pretty sure why he stopped making it was because it was getting overwhelming for his own sake. It probably isn't all true, but that's just my two cents on it.
The Warden, it's not just a sin eater... it's an ASS!
Dec 3, 2016 at 8:11 PM

zxin said:
Another mod! And allegedly it's shit...
Click to expand...

Doors said:
why would you start off by stating "allegedly it's shit"
Click to expand...

zxin said:
Why? I don't see anything wrong with stating that according to somebody else the mod is "shit," or, "bad."
Click to expand...

Just take this into consideration, that even if their mod is a masterpiece or not, that the uploader will always think there's something (or everything) bad about it.
The Warden, it's not just a sin eater... it's an ASS!
Dec 4, 2016 at 7:52 AM

TLinkan said:
Just take this into consideration, that even if their mod is a masterpiece or not, that the uploader will always think there's something (or everything) bad about it.
Click to expand...

kira said:
Still, there's wrong with him mentioning that he said it was bad.
Click to expand...

TLinkan said:
It's better to not jump into conclusions, though.
Click to expand...

No one was, though! He said after that "I'll see for myself" and later that it was a "nice mod". If anything, that's the opposite of jumping to conclusions! I think that's fine, since he was just saying what the creator said and disagreeing with it.
Dec 4, 2016 at 8:01 AM

kira said:
No one was, though! He said after that "I'll see for myself" and later that it was a "nice mod". If anything, that's the opposite of jumping to conclusions! I think that's fine, since he was just saying what the creator said and disagreeing with it.
Click to expand...

I got the last part of him saying it was. I do see now that I have probably misread the whole time. I'm just used to him calling every new mod he sees "shit".
The Warden, it's not just a sin eater... it's an ASS!
You must log in or register to reply here.
Share:
Reddit Pinterest Tumblr WhatsApp Email Share Link
Top