"Wow! The more I drink of this magical beverage, the more games I can play! Wheee!"
Join Date: Aug 8, 2017
Location: Massachusetts
Posts: 20
Age: 19
i shoot. i forgot the forums shit itself all that time ago. ill try to find the source images.

also, you're probably right. if it ends up working, i wouldnt mind going through with the idea. sounds tedious having to add those tiles to every map in the game, though. but to be fair, im gonna be editing every map regardless since im adding extra details.

"Wow! The more I drink of this magical beverage, the more games I can play! Wheee!"
Join Date: Aug 8, 2017
Location: Massachusetts
Posts: 20
Age: 19
Hey everyone

So since the last update, all base game graphics have been completed.
Doukutsu-RS has been cemented as the engine we're going with, and as such, all the graphics have been implemented and work as intended.
Ever since the base completion, I've been hard at work decorating the maps in the game; making tons of custom tiles, which I will be sharing now. 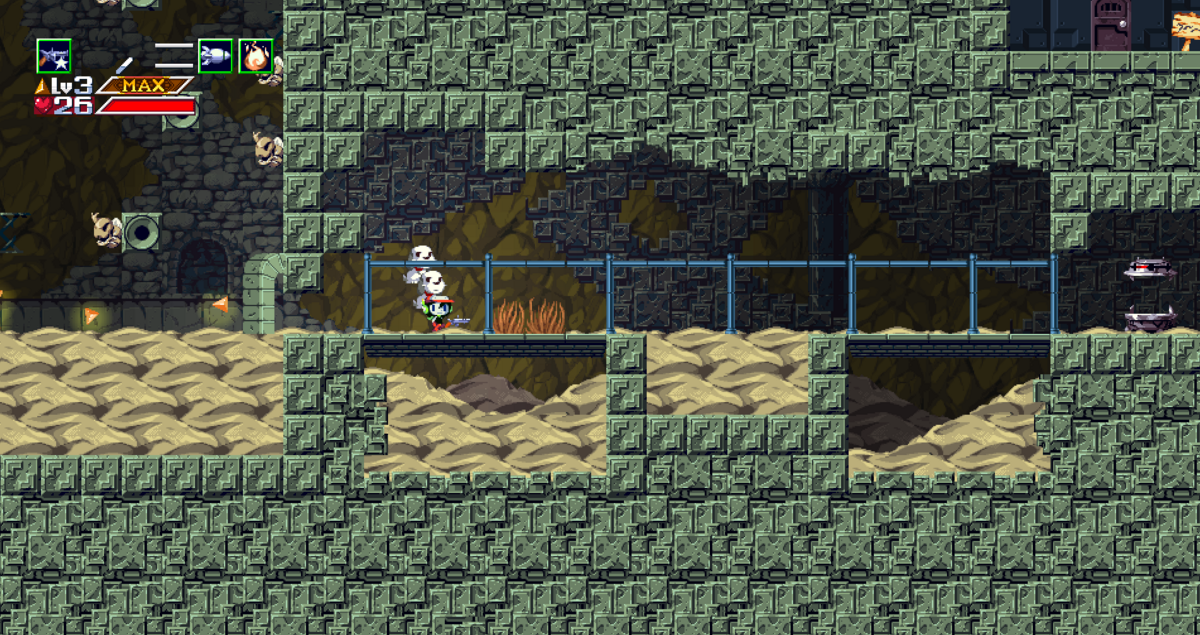 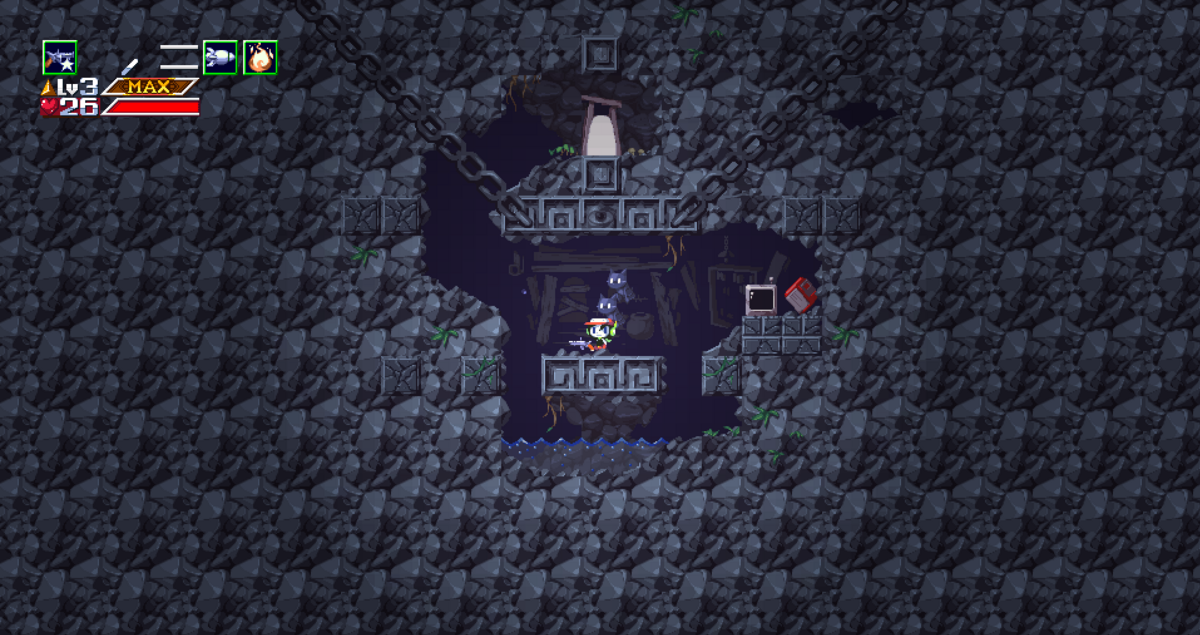 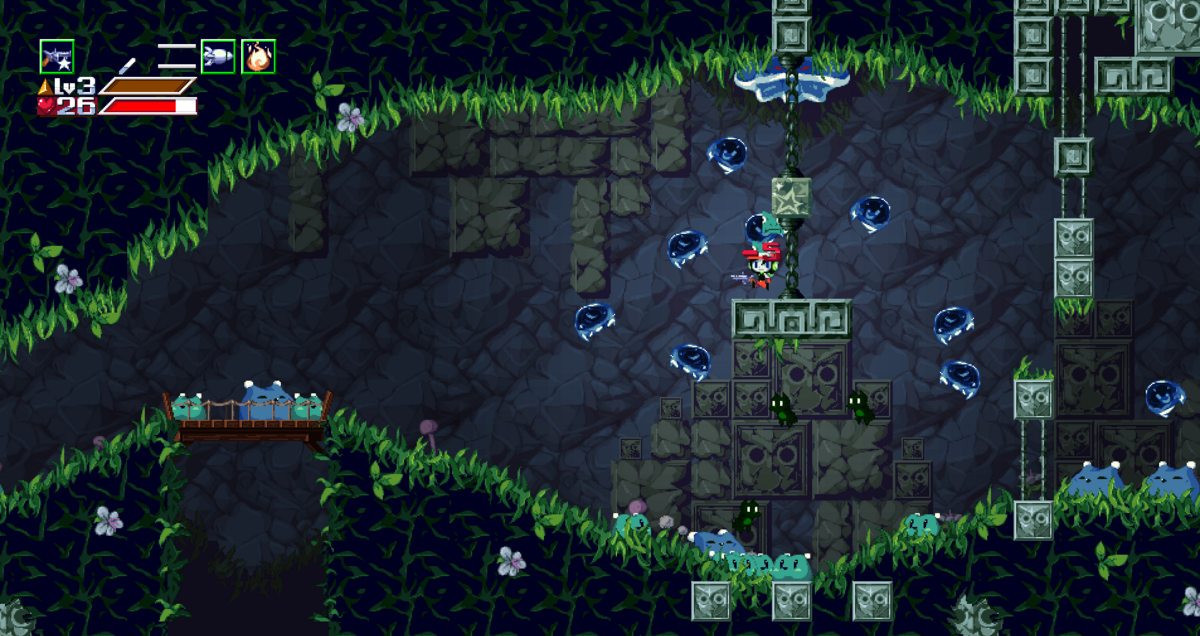 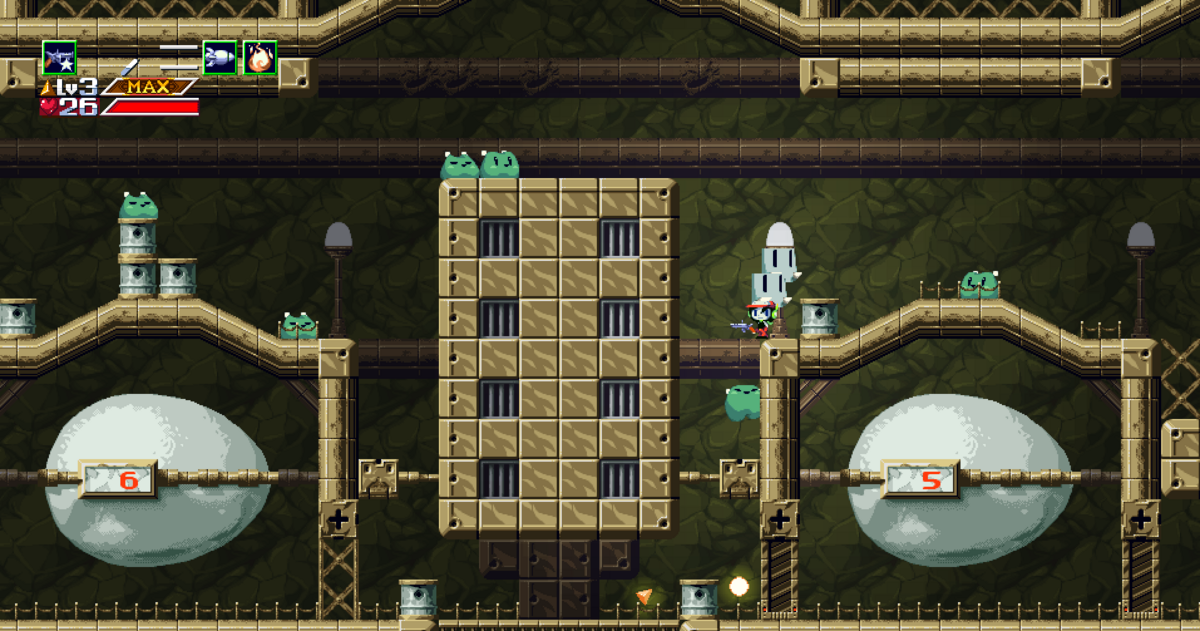 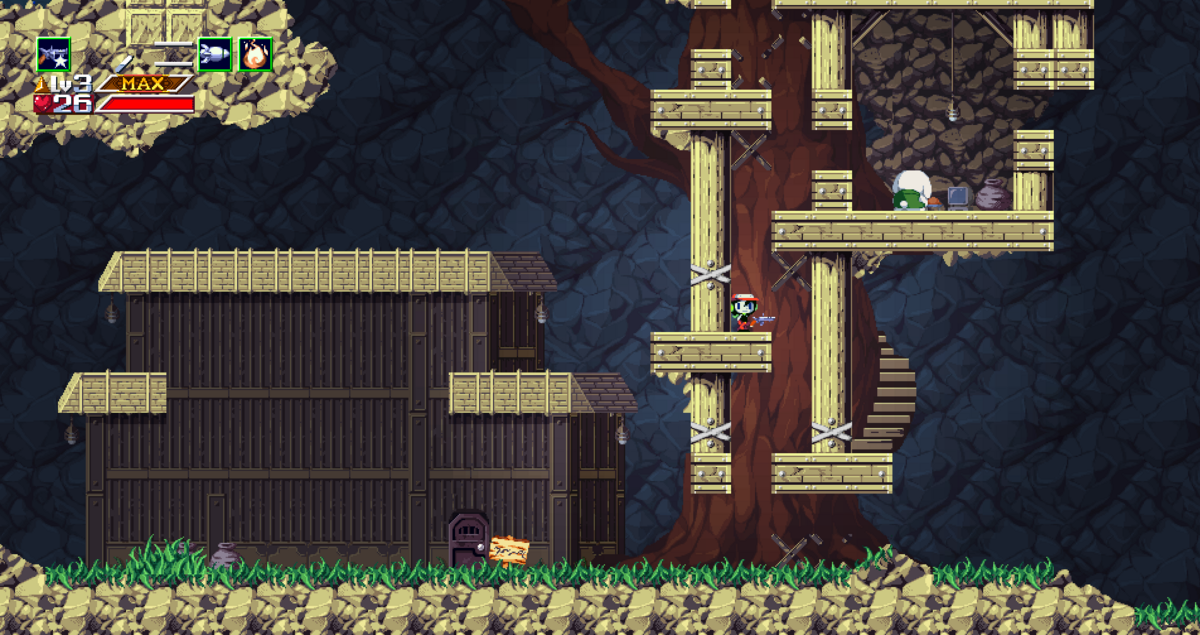 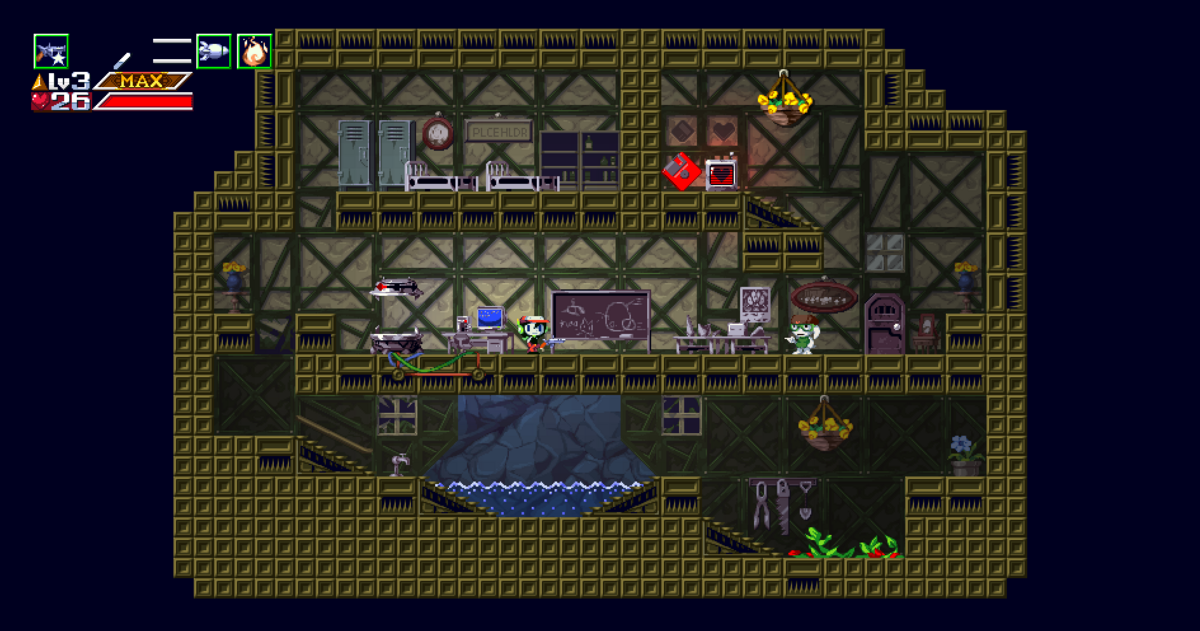 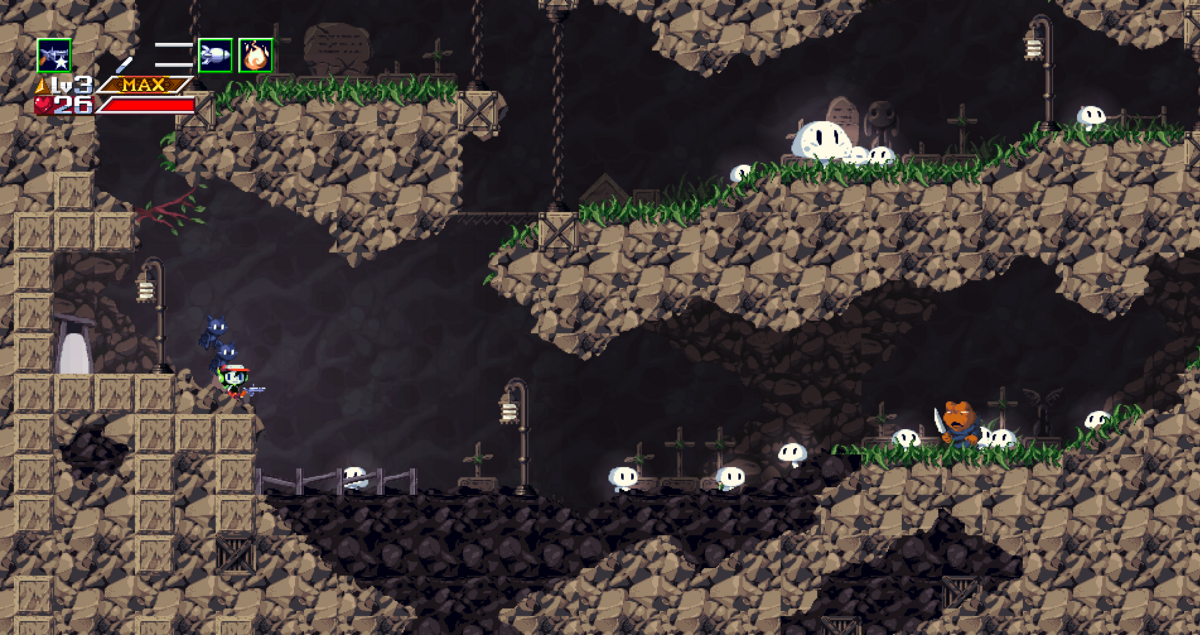 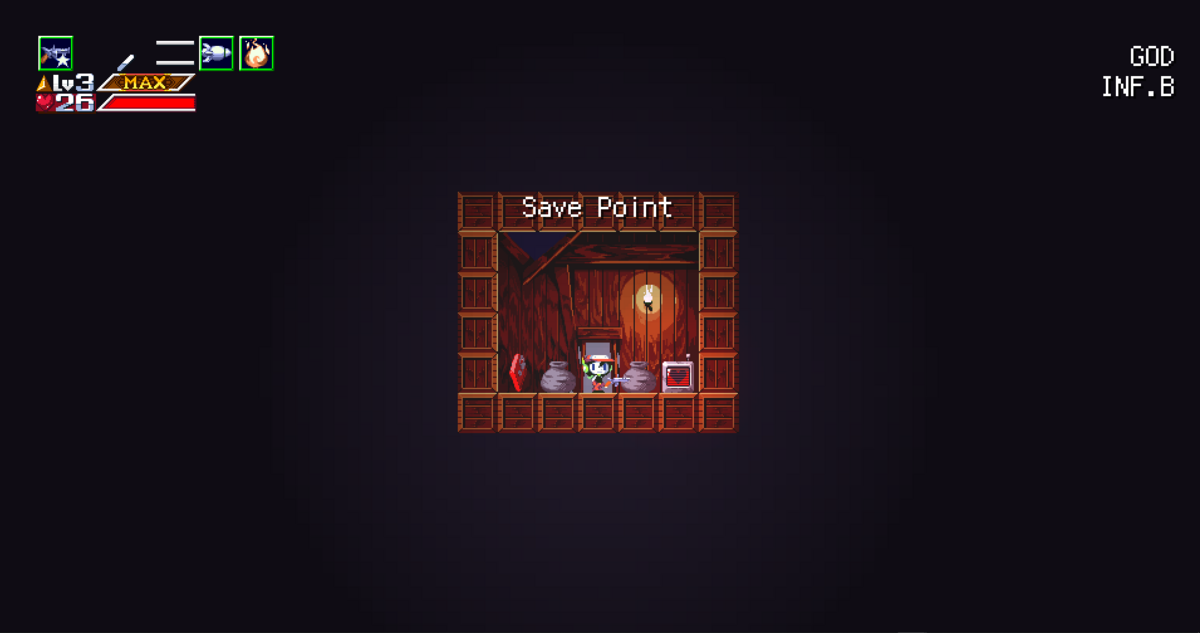 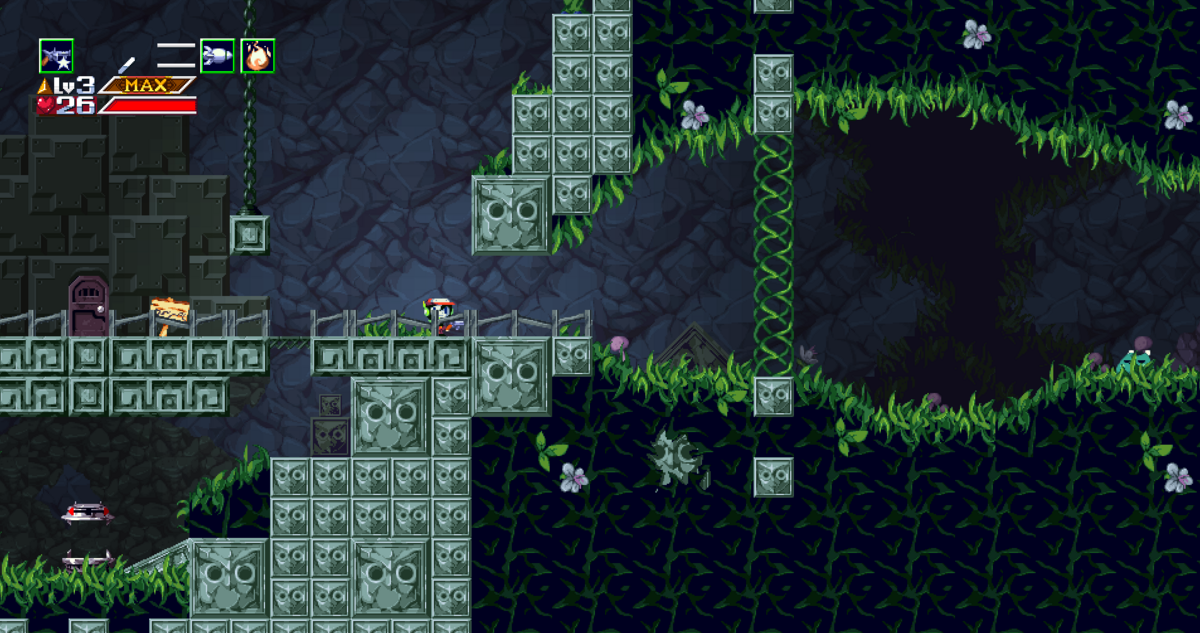 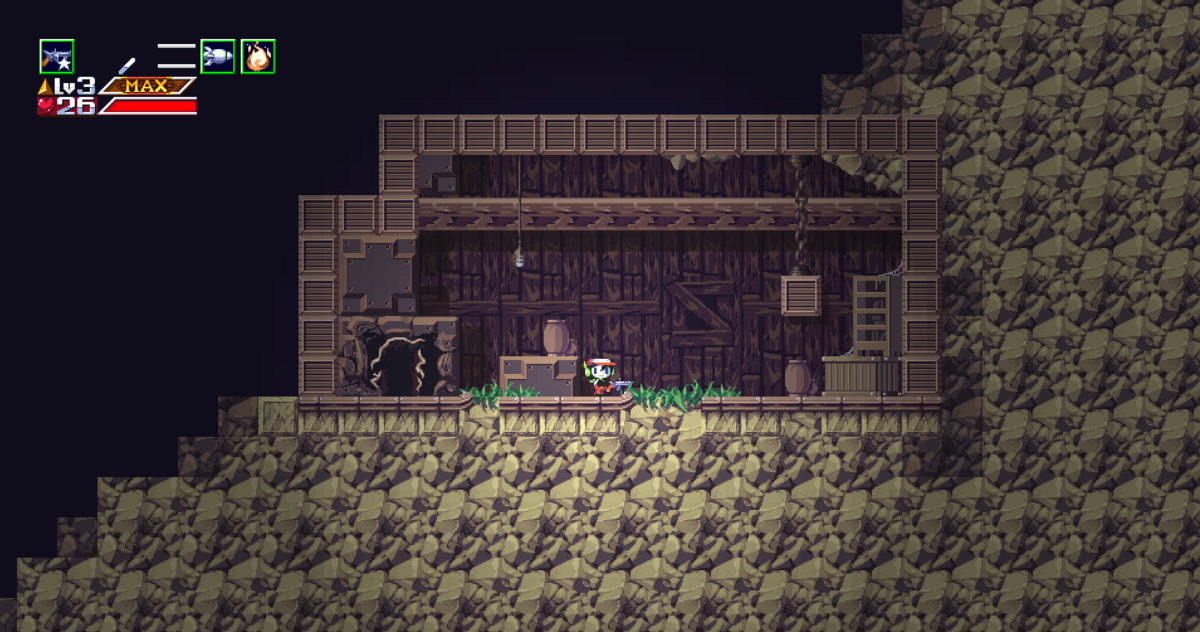 The project has changed a lot since I started. Here are some notes.
The 4th ending path has been completely revised, (something I can't wait to share)
The 2.5D look has been dropped entirely due to the complications it brings.
DawnDus implemented layering and increased the tileset limit for the engine, God bless his soul. It's the only reason I was able to decorate as I did.

Going forward, I want to work on making more animations/revising animations of existing enemies. I also need to figure out how to properly add light sources, as it seems it only comes from the player, NPCs, bullets, etc, but not the tileset itself, where it would definitely thrive.

After all those touch-ups, we'll finally move on to implementing the custom content planned, which will expand the game. I and Zeroflafi have put together a path and layout for the new ending, new areas, and planned changes to existing endings (which won't be major)

You can try out the game now by downloading it at csencore.com. There you will also see the credits on everyone who helped me make this possible.

The demo up doesn't feature many of the decorations I showed off today, however. I believe it's just First Cave and parts of Mimiga Village. The demo is purely just an upscale with the new soundtrack, but the next release will have the decorations completed, and perhaps the new animations as well.

"Life begins and ends with Nu."
Join Date: Dec 31, 2011
Location: United States
Posts: 2260
Age: 26
I second Serri's comment about these screenshots looking absolutely gorgeous, the amount of detail that's been added is nothing short of breath-taking. I really like the artistic liberties you have taken with areas like the cemetery where it has that uniquely darkened look.

This all makes the NICALiS upscaled graphics look like a piece of trash.

"Wow! The more I drink of this magical beverage, the more games I can play! Wheee!"
Join Date: Aug 8, 2017
Location: Massachusetts
Posts: 20
Age: 19
im happy you like it! i might do more with the graveyard setting. always confused by how it and yamashita farm had dedicated music, but are just short rooms

"What is a man!? A miserable pile of secrets! But enough talk, have at you!"
Join Date: Apr 18, 2006
Location: Forever wandering the tower...!
Posts: 1776
The added area details are next-level... Going to be spending my time admiring the scenery instead of shooting things!
...half expected an idling animation when I left Quote alone to listen to the new music lol. Very nice

"Wow! The more I drink of this magical beverage, the more games I can play! Wheee!"
Join Date: Aug 8, 2017
Location: Massachusetts
Posts: 20
Age: 19
the thing im worried about giving quote an idle is that idk what id do.
my first thought would be to making his scarf and hair blow a bit, but thatd only make sense in outdoor areas

"..."
Join Date: Aug 12, 2013
Location:
Posts: 375
Age: 22
Haven't said anything until now but I've been rooting for this for a while. The sprites look professional and out of some dream. I do think you guys should make a more explosive trailer, at least for whenever the v1.0 comes in the future. Unless maybe you'd want help with that?...
I've moved on from lots of places. Here's another stepping stone for you to join.
Send me a promise.
Oct 18, 2022 at 4:13 PM

Fatih said:
Haven't said anything until now but I've been rooting for this for a while. The sprites look professional and out of some dream. I do think you guys should make a more explosive trailer, at least for whenever the v1.0 comes in the future. Unless maybe you'd want help with that?...
Click to expand...

help would be appreciated! personally speaking, the bulk of my editing experience comes from windows movie maker lol