"What is a man!? A miserable pile of secrets! But enough talk, have at you!"
Join Date: Apr 18, 2006
Location: Forever wandering the tower...!
Posts: 1779
I think Illusion of Gaia was pretty good, I believe I have the cartiridge... (yep, there it is!) Though I faintly remember it, I think it sends you around our world, visiting famous locations and solving big mysteries.

The fact that I don't really remember the characters, lends me to believe that they don't leave a lasting impression... Unlike Secret of Mana or Final Fantasy IV or VI. I even remember Soul Blazer and Lagoon more than Gaia...
But, it is probably a preference thing.

In any case, as DT says, it's a classic! So you're good

"I, Ikachan. The Life and Documentary of the OrigiNAL SQuiD."
Join Date: Apr 23, 2012
Location: United States
Posts: 161
@Dunc: Illusion of Gaia was one of my favorite video games as a kid! I hope you like it, too. The gameplay is pretty linear, but I remember getting caught up in the story like nobody's business, even though there are some really ridiculous moments, looking back on it. Still, though, it was a really charming game and I remember it with great fondness. And the soundtrack is super awesome! There are some really poignant moments that the music heightens a lot, if I remember correctly. Unlike X-Calibar, I remember the characters pretty well (at least, I think so... I mean, it's probably been close to a decade since I've played it), but that might because the game was such a favorite of mine and I played through it several times.

And don't worry about combat: it will come in time. Probably pretty soon, actually, if you've been going for about half an hour. You're still in Cape Town, then?

Let me know how you are liking it! I'd like to hear your impressions of the game.

EDIT: Of course, since you posted about this two days ago, you're probably way past Cape Town now, if you've gotten to play much more. I realize that now.
Apr 8, 2013 at 6:09 AM

"Life begins and ends with Nu."
Join Date: Oct 18, 2011
Location:
Posts: 2334
Well it's awesome so far. After I figured out that I could attack the enemies it got a lot easier (lol) but now I'm stuck at the Incan ruins because I can't do anything and the melody doesn't do anything.
cave story randomizer [open mode]
------
twitch
twitter
soundcloud
Apr 8, 2013 at 2:58 PM

"I, Ikachan. The Life and Documentary of the OrigiNAL SQuiD."
Join Date: Apr 23, 2012
Location: United States
Posts: 161
Glad to hear you're liking it. When you say you're stuck at the ruins, you mean the village or the Larai Cliff where you meet enemies and such? If I remember correctly, there's a specific spot in the cliffs area where you have to play the melody and then it will help you advance from there. But I think that people or events drop clues along the way, if I'm not mistaken.

Oh man, just thinking about this makes me want to play the game again. Too bad my brother's SNES and the game cartridge are on the other side of the continent...
Apr 8, 2013 at 3:00 PM

"I, Ikachan. The Life and Documentary of the OrigiNAL SQuiD."
Join Date: Apr 23, 2012
Location: United States
Posts: 161
Hmm... I'm trying to remember... do you have the Psycho Dash at this point? What does the explorer say to you?\

"Life begins and ends with Nu."
Join Date: Oct 18, 2011
Location:
Posts: 2334
It says he's holding a charm, and inside it are two notes from (presumably) his family/friends. And yes, I have Psycho Dash too, I should have mentioned that. I've tried using it on pretty much everywhere in the room.
cave story randomizer [open mode]
------
twitch
twitter
soundcloud
Apr 8, 2013 at 3:40 PM

"I, Ikachan. The Life and Documentary of the OrigiNAL SQuiD."
Join Date: Apr 23, 2012
Location: United States
Posts: 161
Oh my... yeah, I remember that guy now, or at least the note from his kids... Man, the character development in IoG is ridiculous, especially when you play through a second and third time.

Unfortunately, I don't remember exactly where he is in the map. Are you in the room with all the gold plates? Or have you tried breaking statues with the Psycho Dash? And have you met Freedan in Dark Space?
Apr 9, 2013 at 5:06 AM

"Life begins and ends with Nu."
Join Date: Oct 18, 2011
Location:
Posts: 2334
I've tried breaking the statues with Psycho Dash, and got the first chest in the room they're in. I just can't get to the other part of the room, and it's the only room with a place I haven't been. Freedan? Is he the statue who changes your form? Because you meet him back in Edward Castle.
cave story randomizer [open mode]
------
twitch
twitter
soundcloud
Apr 9, 2013 at 7:41 PM

"I, Ikachan. The Life and Documentary of the OrigiNAL SQuiD."
Join Date: Apr 23, 2012
Location: United States
Posts: 161
Oh yeah, I forgot that you got Freedan's form that early in the game.

I still can't quite remember what room you're talking about, so I'm afraid I might not be be able to give you any pointers or suggestions until I can play through the game up to that part again... but since I just found snesbox, I might be able to do that in a few weeks once things at school calm down a bit. A lot of help I am. If you can put up a photo or screenshot of the room, that might help to trigger my memory, though?

EDIT: Okay, I'm a horrible person and I decided to play through this so far for old time's sake. My schoolwork will give me the appropriate retribution tomorrow. Anyway, Dunc, is this the room that you're talking about being stuck in? 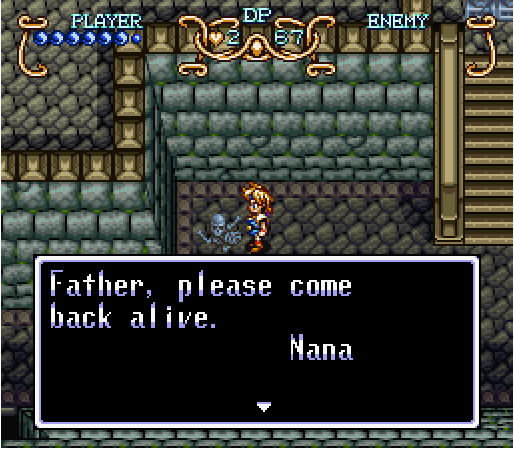 If so, I can tell you this:

you can't do anything else in that room yet, but you are not confined to ladders as a means of getting from one area of the cliffs to another.
If not, my b.
Apr 10, 2013 at 4:36 AM

"I, Ikachan. The Life and Documentary of the OrigiNAL SQuiD."
Join Date: Apr 23, 2012
Location: United States
Posts: 161
I'm glad to be able to help, especially when it's with one of my favorite video games. I hope you keep enjoying it! You're getting close to some pretty exciting/crazy/perhaps even ridiculous stuff.

And as I'm playing through the game, I'm reminded just how charming it is. Silly at times, but rather charming. But then again maybe I'm just tooting the horn because I'm biased. Totally possible.

If you think you'd be able to stomach a second playthrough after you've finished the game once, I'd encourage you to do so. I know that there were a lot of nuances that I missed the first time through, but when you make certain connections on subsequent playings your mind just kind of explodes with how tightly woven a lot of the treads of the storyline are, even for incidental characters.
Apr 12, 2013 at 2:32 AM 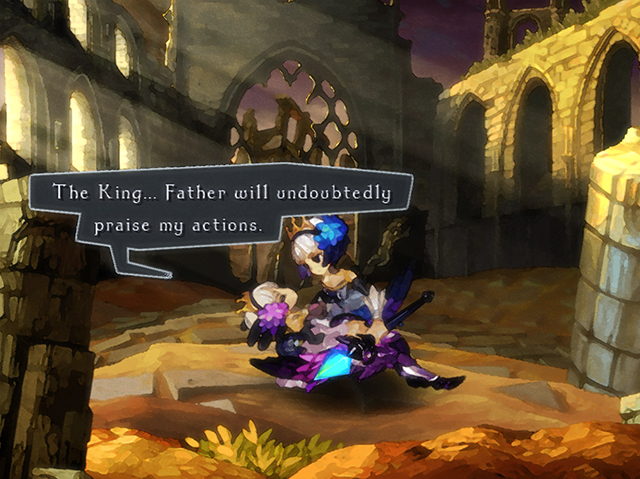 I never did finish playing this game, and maybe now it won't lag so much on the big battles!
Too bad I don't have a faster GPU though, or I could crank up the settings...
(emulator, but with original PS2 disc!)

"What're YOU lookin' at?"
Join Date: Jan 18, 2013
Location: Somewhere quiet with many birds
Posts: 1118
Age: 23
...hmm...Odin Sphere. I've been looking for that game for a while. And when I finally got it, I found that my ancient PS2 couldn't play anything anymore

...
I suppose I should get that fixed, huh. I really want to play it!
★Hi! I'm a signature. Times are scary, but remember, even some cyberpunk stories have good endings! Do whatever you can to keep yourself going forward, in some style, with some good spirits, helping where you can~!★