Was Nicalis a mistake for Pixel?

zxin said:
Literal translation doesn't have to be bad
Click to expand...

I've worked in the localization industry for 4 years and I've always been told to prefer what sounds better in my language over literal translation.


zxin said:
Okay, I don't think you speak Japanese at all, so let me explain.
Click to expand...

Neither me, nor you are a professional Japanese translator/speaker. I've linked a post from someone who is. That's all I have to say about that huge paragraph.


zxin said:
they hired two Japanese people to translate the game into English
Click to expand...

And the problem is...? Just because they're "Japanese people" it doesn't mean they can't be fluent in another language. I've worked with a Ukrainian person who was doing translations from Russian to English and did a far better job than a native English speaker (from the US) our company hired later on.


zxin said:
Finally, I'll leave you all with this tweet, which was retweeted by Michael Lambert. (the "lead artist" of Cave Story+)

The tweet is dumb because (again) it tries to portray Nicalis as if they completely stole Cave Story from Pixel. Again, that is not the case, and I'm not going to go over again to explain why.
"There remains a very delicate balance in this world between those who create and those who will experience the creations of others. As long as there is someone who will appreciate the work involved in creation, the effort is time well spent. To this end, I will continue to create for as long as I can." - Tetsuzou Kamadani
Aug 15, 2019 at 7:54 PM

joexyz said:
Pixel himself (along with some other developers) worked on CS3D. It wasn't Nicalis who made it. By criticizing CS3D you're indirectly criticizing Pixel. If Pixel liked the end result, it means he considers it good.
Click to expand...

There were reports around the time of CS3D's development that Pixel was directing or giving input, but in the credits in the game itself he is only listed under one vague role - "Created by." Every important role - Executive Producer, Development Director, Art Lead - are all given to other people. I'm a little skeptical with how much input he really had. It's actually not entirely clear, but given that the art style for characters and environments alike differ so drastically from every other work of art he's made, I have my doubts. The proof is in the fact the work lacks his distinct style AND if that's not enough for you, the credits also reinforce that his input was not in key development roles.

Even then, Pixel is not a god. I respect his work a lot, but he can be wrong - no one person is infallable. CS3D was not a good adaptation by any standard, even if he did give an OK to it. The staff at Nicalis is responsible for actually MAKING it. This "critiquing through proxy" standard you have is utterly ridiculous - Nicalis made the assets themselves, so they get the bulk of the critique. It's not hard.


joexyz said:
The code for Boss Rush is the same because it is the mod. Nicalis approached this very forum for mods to include into CS+.
Click to expand...

Getting developer consent would erase my issue with that a lot - do you have sources on the threads between Nicalis and the community? Is there any evidence that the mod creators got compensation for their work?

Revanue-wise, it was not a mistake by any means. He's getting the compensation he deserved from the original Cave Story release. I wouldn't be surprised if Pixel views how Nicalis handles Cave Story as a more business-oriented venture than a creative one, given that he has a family to feed. And that is fine.

However, Nicalis is not the only company who could have given Pixel the ability to quit his day job. You're making the judgement from the wrong point in the timeline - it was not a mistake for Pixel to partner with a company to monetize CS. It was a mistake that he chose Nicalis. Arguably, WayForward had a similar stature to Nicalis back in the day, but their standard of custom work is much higher than Nicalis'.


joexyz said:
I don't see how "more verbose/literary" means "more natural". When I play the game with the AGTP translation, I feel like I'm reading a book. When I play the Nicalis ports, I feel like I'm face-to-face with the characters. The AGTP translation also has/had many mistakes that are just too disappointing to even think about. (I'm looking at you, Koron, Nikumaru, and Grasstown).
Click to expand...

This is just down to personal preference; I prefer the literary feel, personally. If you prefer the ports, that's your taste. I only have JLPT N4 (gonna take N3 in four months-ish) so I don't have the skill to discern how the translations should have been done, but yeah. Otherwise, this critique of mine is the only truly subjective one.
Aug 16, 2019 at 12:30 AM

Prism said:
Getting developer consent would erase my issue with that a lot - do you have sources on the threads between Nicalis and the community? Is there any evidence that the mod creators got compensation for their work?
Click to expand...

I did catch something very curious in the thread that I'm certain that everyone in here will get a kick out of.

"Fresh from the Bakery"
Join Date: Aug 13, 2019
Location:
Posts: 4
They went one step forward by getting permission, but one step backwards for not crediting. An unknown huge step forwards or backwards based on if they were paid or not.
Aug 16, 2019 at 8:36 PM

Prism said:
They went one step forward by getting permission, but one step backwards for not crediting. An unknown huge step forwards or backwards based on if they were paid or not.
Click to expand...

But hey, at least there are forum members that were credited for testing the game (I'm certain there are more, but these are the names I was able to recognize). 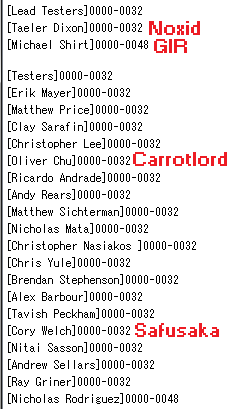 "Huzzah!"
Join Date: May 31, 2018
Location: under your bed ;)
Posts: 198
Age: 21
re. the Grasstown vs. Bushlands thing: Bushlands may be the more accurate translation(?), sure, but.... bushlands the real place isn't known for its dark, thick, carpeting, grass.
Sure, there can be a lot of grass but it's just tufts of shitty pointy stuff and doesn't resemble the in-game location at all and i don't think i've ever seen giant floating jellyfish here either
Grasstown, on the other hand, makes more sense because, yknow, the one of the most memorable thing about the area is its grass, and people who don't know what the heck a bushlands is will probably prefer Grasstown for that reason.
Though Grasslands would've been a nice compromise, i guess, seeing as there's not a whole lotta town either.

empressofsquids said:
seeing as there's not a whole lotta town either.
Click to expand...

zxin said:
Pics or you're a liar and a massive lying liar pants.
Click to expand... 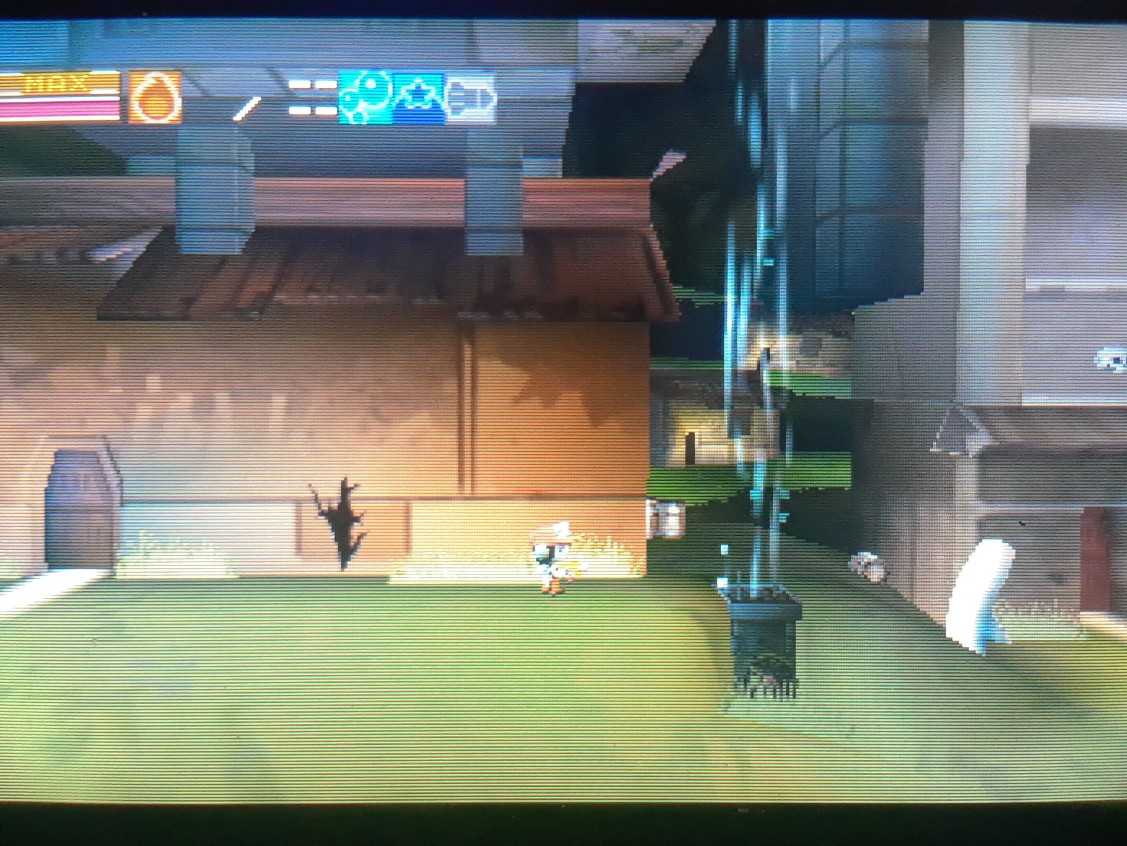 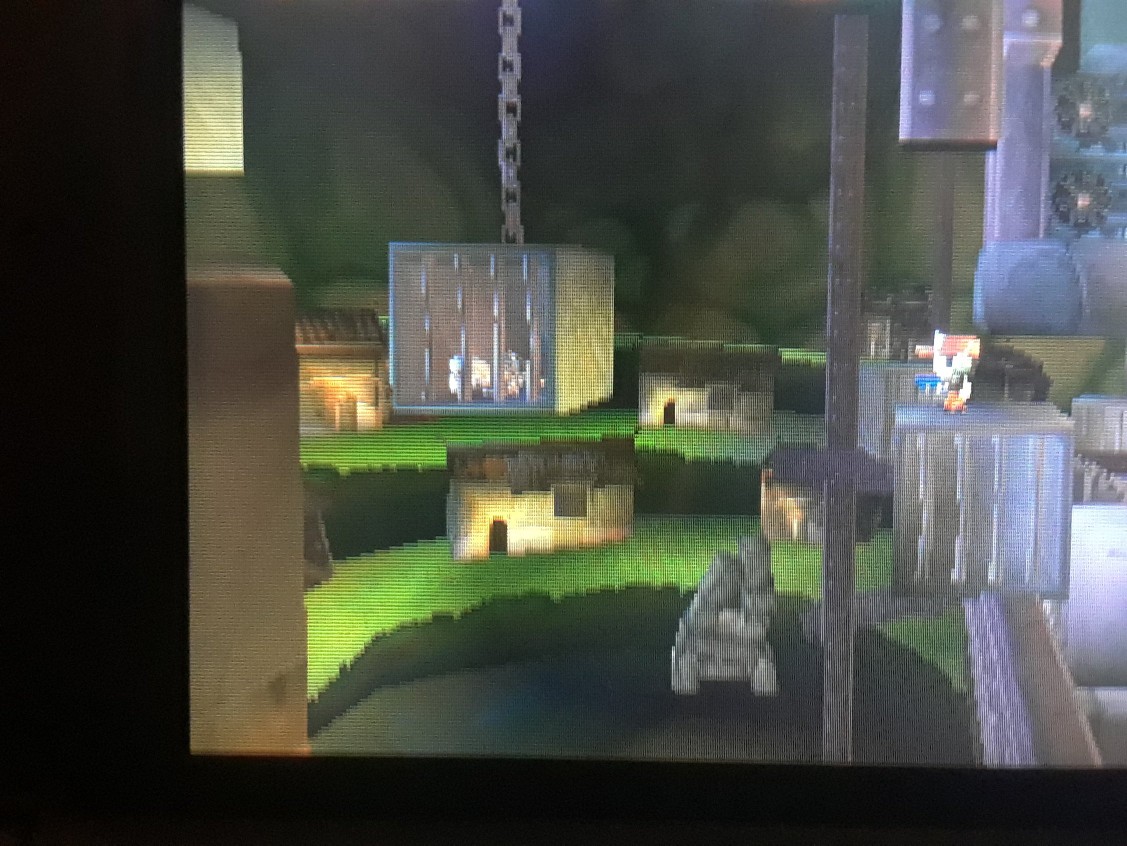 And still no bush in sight, fite me

I think NICALiS chose Bushlands because it sounds slightly less generic than Grasstown.

Grasstown sounds like what you'd do when you can't come up with a cool fictional name.

Prism said:
but one step backwards for not crediting.
Click to expand...

Everyone was credited by their irl names. My name is in there as well, even though I didn't do much as far as testing is concerned.

nuclearminer66 said:
i just call it the bubble gun
i dont feel like having that argument again
Click to expand...


zxin said:
Nobody was credited under map/mod/challenge making though?
Click to expand...


SuxMenner said:
What about their 2019 April Fools joke that people wanted as an actual game?

Yeah, it would have been a actual good 3D Cave Story game (if they didn't mess up)

That would have been cool.


nuclearminer66 said:
has anyone mentioned how we know exactly how to fix Curse Broken in CS+ but they havent fixed it in 7 years
bc thats the kind of problem i have with them
Click to expand...

It's sad I didn't know there was an original version for the longest time, up until a year ago, and Cave Story was my favorite game, and, I thought the Wii Music was fine. S u e M e. I thought the original was though I find many of those songs worse than the original, but I really liked Running Hell, and Balcony from that game. Its also sad I didn't find all these people that like the game as much or much more than me. I would have loved to speak with this many people before then, and yes, if it wasn't obvious, grew up with the Wii version.
I like speaking my mind, but ironically, it's hard to put into words.
Aug 31, 2019 at 4:44 AM

Welp, you've asked for it.

Also, i started and stuck with the dsi version for a while, at least the wii version had stuff that some people would find interesting.
The Warden, it's not just a sin eater... it's an ASS!
Aug 31, 2019 at 5:35 AM

Rosa said:
at least the wii version had stuff that some people would find interesting.
Click to expand...

Boss Rush is the only thing I would find interesting besides the story, I don't like the Blood Stained Sanctuary Rush/Speed Run thing, it doesn't give a life pot, I h a t e I t


Rosa said:
Also, i started and stuck with the dsi version for a while
Click to expand...

If I knew that Cave Story was on the DS and if I knew Cave Story existed then, I would have bought a DS just for a Cave Story on the go, but luckily for me, they released it for Nintendo Switch, which is just CS+ but handheld and-- wait its Multiplayer? YES!
I like speaking my mind, but ironically, it's hard to put into words.
Aug 31, 2019 at 6:20 PM

RageRuner said:
but handheld and-- wait its Multiplayer? YES!
Click to expand...

Tbh I never really was that interested in the multiplayer part when it came out cause i felt it'd be fun for a while until the novelty of a multiplayer cs would wear off fast.
Or at least wouldn't be worth the 30€ for me when I can also just enjoy the 3ds eshop version.
I might be beating a dead horse here but as I said before I don't really get hyped for new CS ports mostly because I don't feel like paying for mostly the same gameplay, especially not for four times the price of a port I already own.
I guess that's kind of my current opinion on how Nicalis handles CS these days but I can imagine other people are rather happy about it instead.
Insert witty remark here.