"It's dangerous to go alone!"
Join Date: Mar 16, 2006
Location:
Posts: 31
I haven't been posting much,but i still read the forum and i'm starting to get mad.wathcing you smart people talk about hacking,and modding and stuff like that.so i'm sitting here typing on my Mac and being really annoyed at it because it won't even let me play cave story,let alone mods.i don't expect anyone to post in this thread,but i just needed to get that off my chest.

Quote009 said:
By the way..has anyone tried to make mapsof the rest of the island?i still think its a good idea....but maybe thats just me....sigh....
Click to expand...

I don't know about good maps of the island, but I tried to figure out generally where I think the pieces go :
http://www.cavestory.org/forums/posts/4014/
This is from the questions about cave story thread...
Although, it doesn't account for the 3rd dimension; I lined up all of the in game screens by the doors; I'll post a larger picture of it if you want; 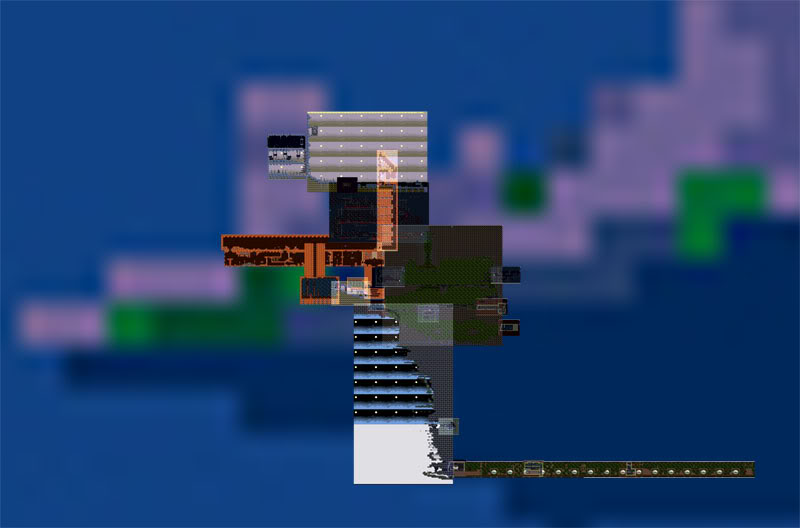 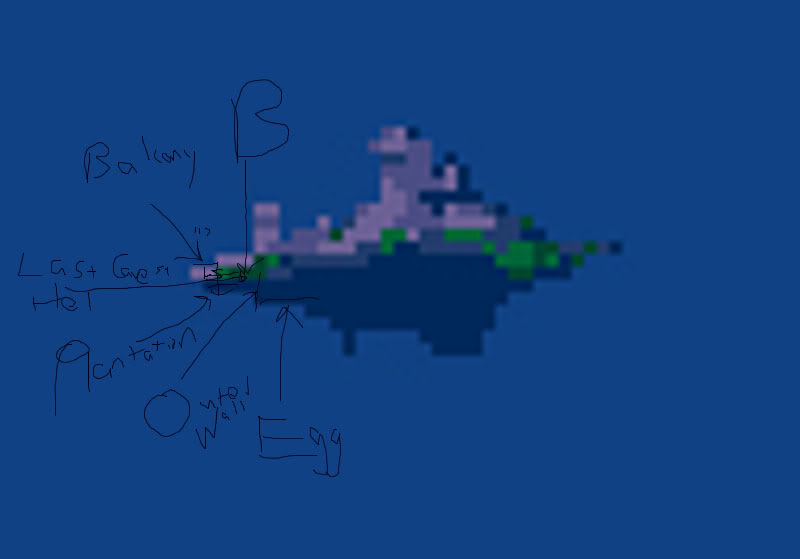 This shot is lousy and an old guess [but you can see all of Pixel's island at once] Parts need to be rotated in 3d, but it looks possible:
What this means though, is there could be quite a bit left unexplored! [especially when accounting for the 3rd dimension]

I'm eager to see it

[although most of the island probably should be solid...]

"Fly, Fly, Fly!"
Join Date: May 19, 2006
Location: Irvine, CA.
Posts: 142
Age: 31
Assuming you've created your picture, you'll have to upload it to some place like Imageshack. This will put the picture online.
Then go to advanced post mode and click on the little picture of the mountains right under the size toolbar. Put in the URL of your picture and it should display. :eek:
The advanced post should look like this without the underscores.

"This is the greatest handgun ever made! You have to ask yourself, do I feel lucky?"
Join Date: May 3, 2006
Location: San Miguel
Posts: 111
Age: 29
Just a question. doesn't the outer wall start on the right side? you come out of the egg corridor but that could mean that everything is reversed. In other words you are seeing everything in Outer wall and Egg Corridor switched around
Darkness and Light, entertwined into Twilight. When this balance is destroyed, the world shall descend into chaos...

I'm back from the Dead... again. I really need to stop disappearing randomly.

"This is the greatest handgun ever made! You have to ask yourself, do I feel lucky?"
Join Date: Apr 14, 2006
Location:
Posts: 112
Since it's a 2D sidescroller, you have to account for the fact that in an actual map of the place, each screen may not lay along the same planes. Each time you go through a door, you don't know what kind of angles you're encountering.

The way I see it, the game is probably full of small corridors, foyers, or what have you that are just skipped because the only purpose is to go from one door to another, and it would be silly to represent it in a screen where you load, walk two tiles, and exit. Any of these unseen places could turn the plane in one direction or the other.

Technically, if you did go straight through one door and out the other side (both maps along the same plane), you'd have to flip the second map, because it's only by convention that we think of "right" on one map as going in the same direction as "right" on the next. But when you think about it, going through a door flips the camera angle.