X-Calibar said:
How is that game? It had a really unique claymation style. 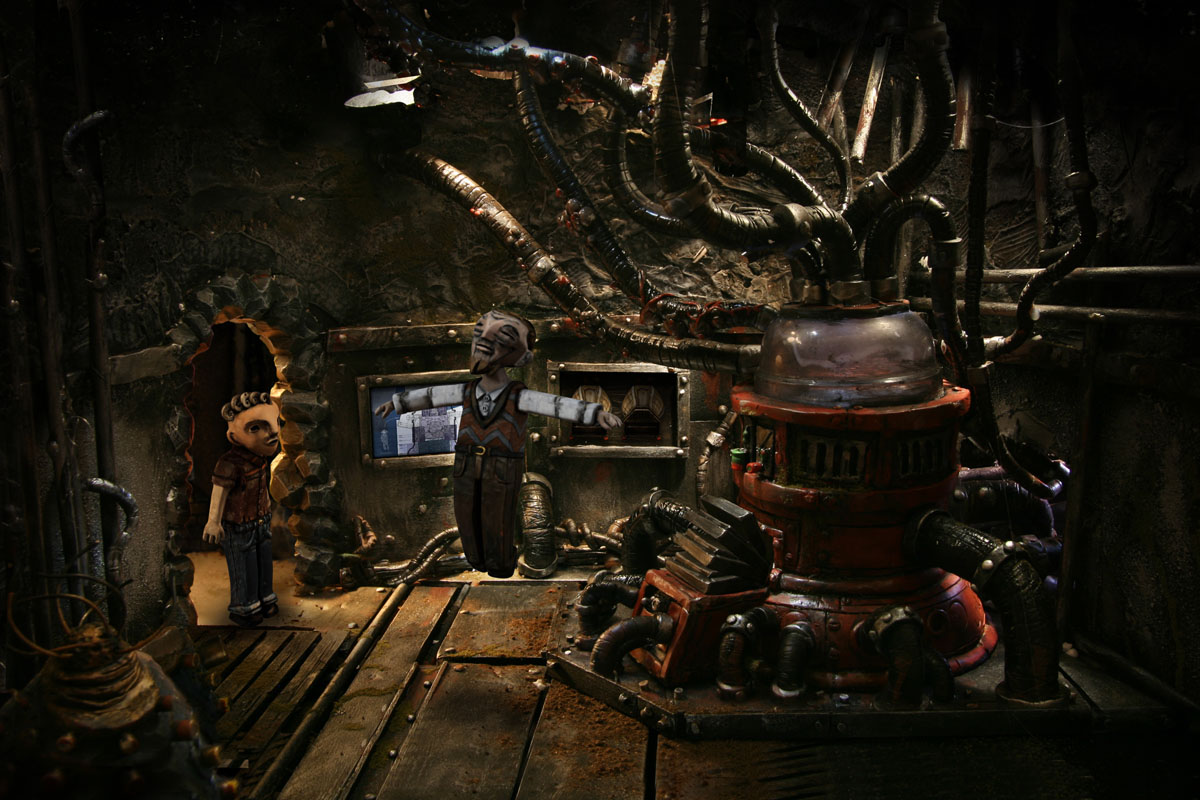 That image is a bit of a spoiler, but I've done that part already.
If you've never played Gateway, or Gateway II (2) then go play Gateway II for a taste of the gameplay. Gateway was a cool puzzle game but pretty buggy; Gateway II is more-or-less stand alone, and much better. It's quite a bit longer, and has a proper story. Of course, they're made by some of the same people, so you will notice many similarities between the Gateway duology. UI, sound effects, some pathfinding, main mechanics.
You can play them all on the official site here, along with fucking Soap Bubble, it's god-damn sequel, and some other things I haven't tried yet: cockroach.se
The Dream Machine is fantastic, but it might be an acquired taste. It is quite easy to work trough at first, but later on the puzzles become pretty crazy. If you're still not sure after playing Gateway II (and hopefully finishing it, it's not very hard) then try out the game's demo.

TL;DR Try Gateway II (yes, it's free), and The Dream Machine's demo first to see if it fits your taste.

"What is a man!? A miserable pile of secrets! But enough talk, have at you!"
Join Date: Apr 18, 2006
Location: Forever wandering the tower...!
Posts: 1765
Hm ... I might have to get an older version of Flash to play some of these, since Gateway II is refusing to load after starting a New Game. But, I'll figure it out.
In the meantime, I've added a "COCKROACH" to my favorites bar~ (Soap Bubble worked btw... except I can't LOAD! ARggggh)

As for the difficulty, I've always liked adventure/puzzle games as long as they aren't too insane, so I'll be sure to give it a chance when the last chapter is released...
Thanks for the advice!