Escape from underworld, a game created for a competition, had a fallen angel but the game was way too much unpolished to be enjoyable to me, thought intro was really great.

Owl boy is into serious flight. At first there's a catchy 8-bit tune, then monkeys are purples and I like very much the futuristic looking like antics aspect of the gameplay. 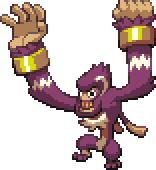 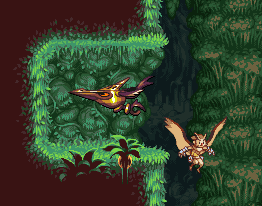 While unfinished the game has already won an award (Norwegian game award), due released is said to be for the end of the quarter, at least for beta testing. I don't know how much it will cost but I guess it will be affordable.

And it looks fucking awesome.

I only see a link for the fallen angel game thing, but not for Owl boy. Is/will it be freeware?
Click to expand...

To me as it is developped for both xbox and pc, it will not be freeware. Much more informations can be found on the designers site at DPadWebsite

It looks fine indeed, I forgot to mention the heroe apparently "can carry things and people" thingy which is a trend I'm not fond of (games with physics you know).

Fallen Angel is the studio that brang us A game with a Kitty, one of my "overall" favorite games.

Now, the flying intro of Escape the underworld was absolutely great, may be that was that that let me think that Owl boy could be a great game.
Nov 1, 2016 at 8:57 PM

If anyone gets it, tell us how it is

"Life begins and ends with Nu."
Join Date: Aug 28, 2009
Location: The Purple Zone
Posts: 6000
chip cheezum says it's good so I have no reason to believe otherwise

"I, Ikachan. The Life and Documentary of the OrigiNAL SQuiD."
Join Date: Nov 23, 2015
Location: Minnesota (aka Frozen Hell)
Posts: 162
Age: 20
Just saw the creator of Undertale tweet about it saying he liked it. So I guess that's an assurance of quality.