"In Soviet Russia, graves keep YOU!"
Join Date: Jul 15, 2014
Location: IN YOUR HEAD, SHIT FOR BRAINS
Posts: 670
Age: 5
people see a lot of things in their every day lives, but how do they quantify the AMOUNT of things they see?
the 'number', you may call it.
well it's actually really easy; they use the base 10 decimal system.
In base 10, there are 10 digits that can form any number of numbers.

you maybe be wondering why "10" isn't a number on there, if you're already familiar with numbers. It is named base 10 after all. Well, to understand that, you need to know how to count, and what the individual numbers are. 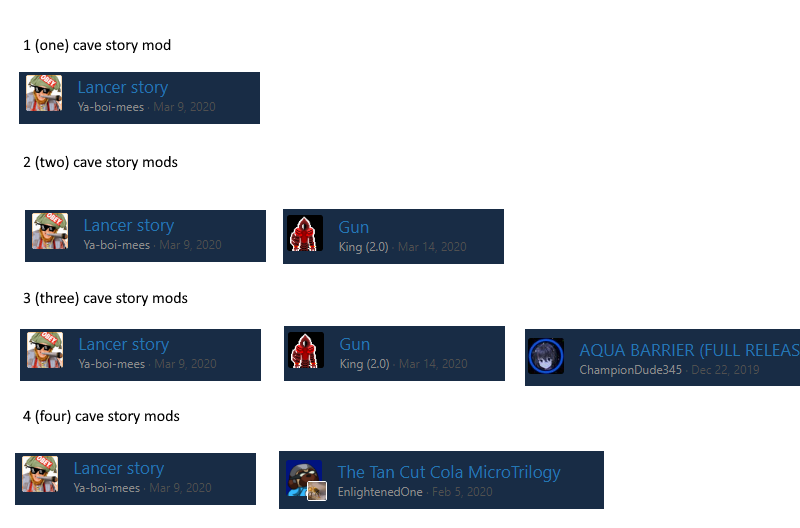 ]
As you can see, the number increments by the same value as "1", for every additional number.
but you may be wondering why the number of mods on the label four (4), seems to be only equal to two (2).
this is because the second "mod" there is a 'trilogy ', meaning, "a group of 3". this is also where the concept of addition, or adding numbers comes in.
'Lancer Story' is equal to one (1) cave story mod, while 'The Cut Cola Microtrilogy' is equal to three (3). So if you add the two together, they become four (4).
currently i am not smart enough to create a visual representation of this that makes any sense, so you must think abstractly. but i know you can do it.

the number ten (10) is not on the list of numbers, because it is too big to be quantified with a single digit, so two are used (but not added together). 10 is equal to 5 + (plus, meaning, add the two numbers together) 5.

"Wahoo! Upgrade!"
Join Date: Mar 4, 2015
Location: yeah
Posts: 56
mr cyber mr cyber, i heard some rumors about secret numbers "a" through secret number "f" do you have any feelings on the existence or value of these supposed numbers

Espeon78 said:
mr cyber mr cyber, i heard some rumors about secret numbers "a" through secret number "f" do you have any feelings on the existence or value of these supposed numbers
Click to expand...

they do not exist

(in base 10)
but they do exist in secret number languages such as base 16, used primarily in film making.
i hope that was informative.. i've studied numbers for a while now
Not just another one of your plays
You're the pretender