Geobox Engine getting ready for public use

"Wahoo! Upgrade!"
Join Date: Aug 11, 2014
Location:
Posts: 57
Hey guys, so I posted a feedback request for this engine a while back and I had some people asking me if it would be released for public use. Well the answer is yes. When will it be released? There are two answers: right now and very very soon. I'm doing an initial release now where the scripting system is open for use. I shouldn't say "just script" because you could probably write a complete game from the ground up with just that. The second release will be the raw C++ code and project files associated with it.

The engine is free for personal use and will be free for commercial use soon (I'm working on an alternative to FMOD).

EDIT: I should have posted the system reqs first. Right now, the graphics engine is directx 10 (chosen for architecture reasons), but I'm working on a dx9 port and eventually openGL. Port work is going easy enough but it will take a bit. For now, you'll need windows 7, 8, 8.1 or (shiver) vista.

EDIT #2: Just to be clear, this engine is coded in C++, but its not necessary to write in it to write a game. The "game code" is in Lua, which is a far easier language.

EDIT #3: The download i'm giving out now doesn't include the ide because it's so ginormous. That can be given separately for people who want to get started into serious scripting.

With the help of a friend, I've been putting together a wiki to give some info, tutorials and reference for using the engine. Here's a link to that:


A short list of features you might be interested in:
Wanted it to look at least a little legit so here's a first logo for it (designed by yet another friend): 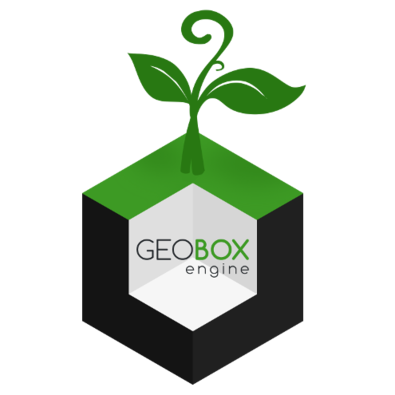 I made a small demo project using cave story HD sprites (which brings up an issue I'll address in a second). It's in montage format so its not so gruelingly long:

I'm working quite hard to get the C++ code ready for distribution (its taking a while because of the raw size), but the lua code and demo project is all ready to go for anyone that wants it. Send me a pm so we can get in communication. I'm thinking of starting a forum if there's enough interest so people have an easy way to discuss programming methods and ask questions to each-other.

So far this is looking like the plan:
1) Release the binary executable with an open lua script system right now (you can do more or less anything you need to in script).
2) Upload the C++ source to an SVN repo (or git... whichever) so people can get updates and bug fixes

This brings up a bit of an issue however. I know realistically that everybody here has easy access to CS+ sprites, but I also know its not legal for me to offer them in a download publicly. I'll be working to replace them with the original freeware sprites, but until then I'm not comfortable putting a giant download link on the wiki. This is why instead of offering a download link, I'd like people to just contact me for now and I'll respond promptly with a link and setup instructions.

Another reason I'd like to keep in contact with the group that has the engine is that I'm considering this somewhere between alpha and beta. There's a lot that can go wrong in a project this size, so if people run into issues, I'd like to keep a tight feedback loop so I can fix the problems ASAP.

tl;dr: if you'd like to use the first lua release (or just run the game because why not) just pm me please.

The last thing to understand is that this is not an engine solely dedicated to running CS fangames. It's very open-ended and flexible. It simply has a bias towards CS style games. See something you don't like in the video? You can almost certainty change it with a little scripting.

Also, I'd like to say that I've spent most of my time for the past few years constructing this, but I no longer have such free time anymore. I would love to develop a full scale game with this but I would need help. I'm not much of a game or level designer to myself so I'm very open to ideas. While writing this engine I was aiming for it to power a metroidvania style survival horror. I think the lighting system would work well for providing cover of darkness and tension in the right spots.

I'd love to hear any feedback you guys have, or any projects you'd be interested in undertaking. If someone could help me with the port to using SD graphics, I'd be extremely grateful. We can use some scripting tools so it doesn't take too long. I mostly just need some tools like photoshop that I don't have.

Will it have multiplayer support?

Will modding be easy?

Can you make the sprites in the demo the original ones? Because I don't want you to get in trouble because nicalis is being picky bout' that stuff.

Is it as amazing as it looks?

Will there be more guns?

What format is the music in?

Multiplayer is currently functional but not... erm... tested really. The engine can serve as a UDP or TCP server (or both at the same time) and it has basic support for world replication. That said... multiplayer is a tricky thing and I'm going to need a small game to develop to give it a really good test.
Feb 20, 2015 at 3:52 AM

The HL2 ambience and sound effects are a bit gritty and realistic for CS's atmosphere, but even then it's a first, definitely something different from the two options of "helicopter blades" and "stream sound" you hear in CS and most of its mods.

I too unfortunately don't have any experience with C++ or Lua, but a few books should do me some good, I'll be sure to ask you for that download link sometime after I've given it some thought. Cool stuff! (seriously, 90% of your posts make me want to barf rainbows, or something alike to that).

(EDIT: I'm aware that this is a code based project, and the sound comment was just a personal nitpick, I'd imagine replacing the sounds alone wouldn't be too hard)

Bobomb says: "I need a hug!"
Join Date: Aug 16, 2014
Location: no
Posts: 844
Age: 21
I really like the physics and the like, as I have already played it. I really love how close it is to the real deal. This could be a great way to not only make what could be called "Remixes" (instead of mods, because this is it's own engine), but also your own entire game. I really like how flexible it looks from opening up the file, and I can see great things will come out of this.
Bionicobot
Feb 20, 2015 at 4:46 AM

"Huzzah!"
Join Date: Feb 13, 2015
Location: Canada
Posts: 216
Age: 23
Ah, I read past that part by accident, sorry. The montage just looked so good that I had to post something to show how ecstatic I am about this project.

Well, both are just as easy to learn in my eyes, so tomatoes tamaters eh?

Bionicobot said:
I plan to see MultiCave ported to here.
Click to expand...

Yeah uhh pretty sure that's not worth the time and effort when he already has an independent multiplayer system in development
YouTube | Steam |
Feb 20, 2015 at 5:34 AM

Bionicobot said:
I plan to see MultiCave ported to here.
Click to expand...

What
What does "I plan to see" even mean
Does it mean you're porting MultiCave to it yourself?
Does it mean you expect him to because that's quite rude to request something like that
And of course like Yinga already said, he already has a multiplayer thing there's no reason for him to do that.
Feb 20, 2015 at 5:37 AM 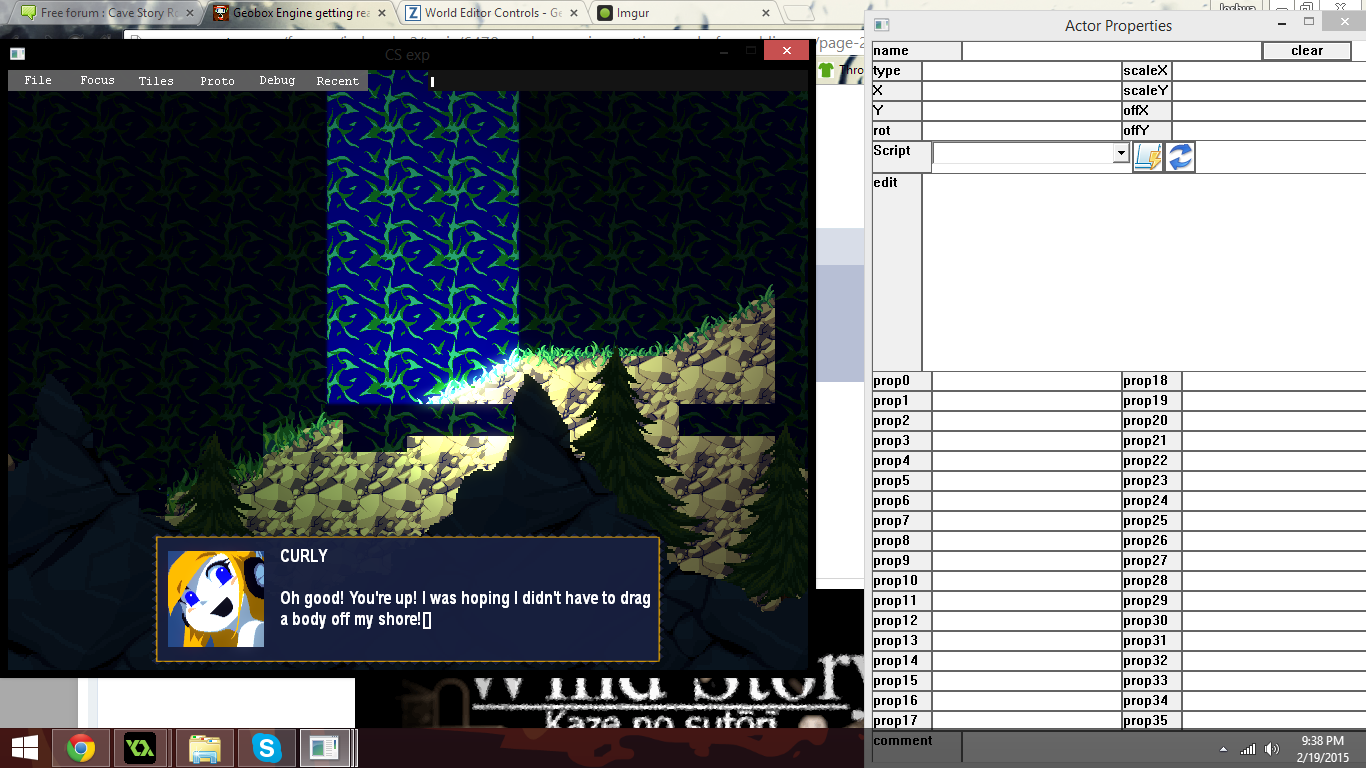 "Wahoo! Upgrade!"
Join Date: Aug 11, 2014
Location:
Posts: 57
did you just spam a bunch of tiles on the beach? Be careful editing when you've got a scenario script running like that

"Wacka-Wacka-Wacka-Wacka-Wacka-Wacka-Wacka-Wacka-BLEIUP"
Join Date: Oct 24, 2011
Location: Canada
Posts: 327
Age: 24
Just gotta say, I'm really glad you're sharing this with everyone, and to anyone who has ANY doubt's about how incredibly cool this is, EVEN THE LIGHTING updates live, and YOU CAN ROTATE TILES. I know those sound minor, but all these little things add up to a massive load of awesome.
*signature removed by Noxid*
It's actually been so long, I don't remember if that message is from Noxid, or a joke from me.
Feb 20, 2015 at 12:37 PM

Bobomb says: "I need a hug!"
Join Date: Aug 16, 2014
Location: no
Posts: 844
Age: 21
I meant that I may make a port of the multi cave over to here, and so some mods could have multiplayer be a cool feature or even a key aspect of the game. Also, I vote on calling the Cave Story mods for this "Remixes" because they aren't really mods anymore.
Bionicobot
You must log in or register to reply here.
Share:
Reddit Pinterest Tumblr WhatsApp Email Share Link
Top