Welcome to the 2016 CSTSF Modding Competition. The goal of this contest is to incentivize the community to produce a handful of creative mods within the specified timeframe. The concept is very similar to the modding contest held over a year ago, with the biggest difference being that there are worthwhile prizes to be won this time around. Check out the full details for everything below.


• The goal, as mentioned above, is to make a Cave Story mod that is creative. Something original, something "out there." This is intentionally left open-ended as to not hamper the imagination of those who want to get their interesting ideas out there. Even though the main focus is creativity, aim for good design above all else.

• The mod MUST be created specifically for this contest. That means if you made a mod before this thread was posted, it is not eligible for submission. To clarify, this does not include assets. Any graphics, music, hacks, etc. that were made before this thread was posted are fair to use.
All you need to do is post a link to your mod in this thread before the end of the submission period, which is the second Thursday of July. That's Thursday, July 14th 11:59PM EDT to be specific.

In addition, you also have the option of submitting your entry anonymously via PM to me. This may be a good idea if you feel like there will be some bias towards your mod because you made it, or if you want to schedule for me to post your entry at a specific time (like right after the submission period ends, for example). If you choose this option, send me a private message with details outlining when you want your mod uploaded and in what fashion.

The entries will be scored using rankings posted by each user who decides to vote (essentially, the same exact way it worked in the previous contest), as well as a score that rewards based on how complete and polished the entry is. The way the community votes and the technical score will be weighted will be a 60/40 allocation in favor of community votes. Community voting will take place for exactly two weeks starting from the end of the submission period. So, voting will end on Thursday, July 28th 11:59PM EDT.
There are five prizes in total, with the person placing highest having first dibs on which prize they want (second place gets second dibs, so on and so forth). This is what the winners will have to choose from:

Note: Prizes will not be given away unless there are at least five submissions.
Last edited: Jul 15, 2016

Spirit said:
Hi, my name's Spirit and I'll be submitting A.5 as a mod for this ModFest 2k16.
PREPARE TO BE BLOWN THE FUCK OUT NERDS
Click to expand...

try to get beyond two maps this time
Mods:

Bobomb says: "I need a hug!"
Join Date: Oct 7, 2011
Location: PrtWeed
Posts: 771
Age: 22
School has been stressing me out and taking up all of my time, but I only have a few weeks left until Summer vacation starts. I'll see if I can get anything done in that timeframe.

SeasonsOfDestiny said:
try to get beyond two maps this time
Click to expand...

a.4 is amazinf and you know nothing

TheVirtualBoy said:
I've got a question? Can I use map tiles from CS? Actually, can I use maps from CS? Hell, can I just make an alternate ending to CS?
Click to expand...

TheVirtualBoy said:
I've got a question? Can I use map tiles from CS? Actually, can I use maps from CS? Hell, can I just make an alternate ending to CS?
Click to expand...

Go for it. But as Polar said, that would not make for the most interesting submission. Unless you plan on doing something extremely innovative (along the lines of Noxid's story mod from last contest), I advise thinking of something that has more potential.

Tpcool said:
Go for it. But as Polar said, that would not make for the most interesting submission. Unless you plan on doing something extremely innovative (along the lines of Noxid's story mod from last contest), I advise thinking of something that has more potential.
Click to expand...

I was planning off killing off Toroko and-... Oh. Can't spoil the whole mod. The ending will be creepy. I'm going to try and set the mood. Make it creepy, ya' know.

I was literally actually planning to organise a mod contest soon (probably later this month). Not to rain on your parade but I'd like to at least express the ideas I had before this gets rolling:

-Considering this year is effectively celebrating 10 years of CS modding, I was thinking an appropriate theme would be something nostalgia-related. Not necessarily video game nostalgia, or even forum nostalgia, more like exploring the feeling itself in creative ways.
-Was going to eschew judges because that took forever last time, instead opting for a 50/50 on technical and public voting. In addition to docking mistakes, there could be small bonuses, e.g. for including a certain item or idea, or other original content, or achieving some goal in a specific way. A little extra to spice things up and give the contest some more focus.
-Probably would have let it run through to the end of August the following month, or at least part way through. It'd be nice to have some slightly longer and more complete entries to complement the occasion.
-We all know that group mods almost never work out and are a pain to organise. Having said that... I am somewhat interested in the idea of a tag-team contest (i.e. mods worked on by two people) and what that might allow for. Teammates could try to pick someone to patch up their own skillset or double down on what they're good at, producing a mix of ideas and really great quality overall. Or it could fail terribly 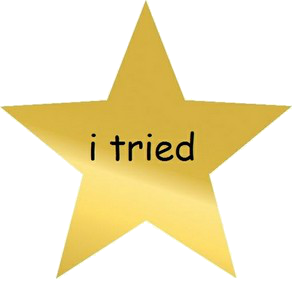 (Before/if anyone asks, Blargo X2 will be put on temporary development pause)

EDIT: I was working on a mod for a previous contest, but lost all of the work due to a hard drive failure. Would I be allowed to remake what I had worked on and use my previous idea for my submission?
Last edited: Jun 7, 2016
Just keep going
almost there
just a few more tags
Luke Skywalker dies at the end of The Last Jedi.
Jun 7, 2016 at 2:39 AM

Bobomb says: "I need a hug!"
Join Date: Nov 12, 2014
Location: East Coast America
Posts: 759
Age: 21
Hm. I started a mod a few months ago that I plan to start over with and rework and rewrite. Perhaps I'll submit that to the contest if I find the motivation to finish it.
I compose chiptune music as Scarlet Lotus Productions!