S. P. Gardebiter said:
Without Quake III Arena no Team Arena, because it's only an addon :x
Click to expand...

xristosx said:
i think i have a disk somewhere, if you get it running i may try it, and also theres sites to download it >_> add my msn and if im on at the time ill show you one
Click to expand...

Originally Posted by S. P. Gardebiter
You two should start playing Quake III again, after I finished some levels, then nmn and Roonlib should find their CD's and then we should run a Q3A server ;P
Click to expand...

Lunairetic said:
I actually already ordered one from Amazon...
Click to expand...


I really loved the old Quake games. Q3 was actually my least favorite.
Q1 was the first game I really began to see mods used with.

I think you could summon him to protect you and the dog would go mad fighting giant monsters lol
Then there was the polymorph mod... Nothing like turning into a zombie or a gigantic Shambler lol [wow I remembered that name]

[Those were the days time~

You could choose to be anything from a Quake Soldier, to a Jedi Knight, to a wizard, to Predator, etc etc...
I'd load that mod up with a friend and play together through the single player maps. [Although I'd spice things by telling him to be careful of some of the more dangerous enemies... (which I would actually take control of and scare him half to death with lol. I'd use cheats like noclip to come out of the ground in front of him as a monster and zap him with some kind of wizard doom spell, setting him on fire and blasting him across the screen... "DANG!!! DID you SEE T HAT?? I would hear lol)
Good times

Wish I had demos...
Oh, and then Quake had that 2+ hour in-game movie someone made... that was pretty impressive lol Tanks, monsters, music, story, voice acting; everything lol
It was called Devil's Covenant. I did a quick search and apparently it was the first big movie for Quake. Seems that tons followed it eventually..., but it paved the way.

Quake 2 is when I got into multiplayer, I loved Weapons Factory and CTF and even the deathmatches... Fierce fun. I was really good with rocket jumping lol. No demos... makes me very sad. Almost feels like that time was wasted not being able to show how much time I spent playing those games

Q3 didn't last too long with me, it was pretty fun too. But, maybe it was something about the levels or maybe I wanted more, because soon after I discovered a game called Tribes...

"Life begins and ends with Nu."
Join Date: Jan 7, 2007
Location:
Posts: 2587
Age: 31
Tribes XD i love that game, it was even funny getting a transport ship and flying it into the other teams base and suiciding or jumping out

xristosx said:
Tribes XD i love that game, it was even funny getting a transport ship and flying it into the other teams base and suiciding or jumping out

What what what??? vgs!! Shazbot! What ever that means...!
Yeah I got addicted playing tribes for ............. 10 years or something lol
which is sad, but also amazing. To think how well I could have mastered the piano, or coding, etc etc Instead, I'm insane on tribes

I wonder if you ever ran into me? I used so many names, although X-Calibar was used a lot...
I have demos of flying around ships running into people, while they are waving at me lol or trapping people in boxes and putting a springboard in it so they bounce and bounce till they explode! Building huge towers, or custom maps... Renegades, RPG mod... lots o good times 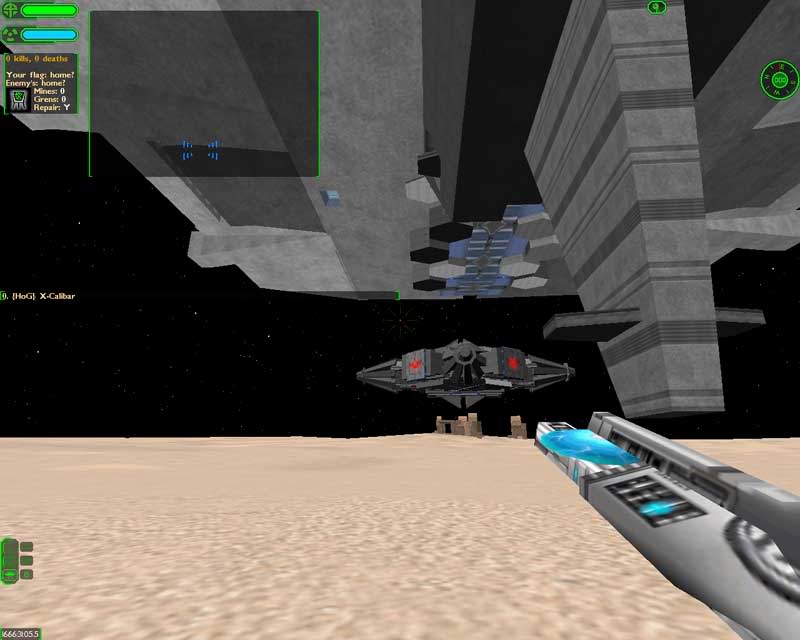 [that's a map I was making lol; mapped those big ships...]

Here's what my tribes looks like these days [plus a bunch of other old screenshots] :
http://s4.photobucket.com/albums/y133/X-Calibar/Tribes/?action=view&current=sshot0031.jpg

X-Calibar said:
Did you guys test/play with the maps?? I'm curious how'd it go...
Click to expand...

i still need to find my disk