That is awesome, (I look awesome).

That made my day.

"This is the greatest handgun ever made! You have to ask yourself, do I feel lucky?"
Join Date: Dec 10, 2011
Location: South Florida
Posts: 91
Age: 22
obligatory wher teh hell am i i h8 u fur not putting me in

wow, that is a really cool image you conjured up! i myself cant wait to see it completed!

this also reminds me that i should probably go on the forums more and introduce myself properly...!
not dead anymore
Feb 22, 2014 at 11:28 AM

"Ha! Ha! Ha! Mega Man is no match for my Mimiga Man!"
Join Date: Mar 15, 2013
Location:
Posts: 229
Thanks you guys <3
I really wished i could say it isn't finished yet, but right now i'm hitting the cap of layers SAI would let me make(255) so that gave me a lot of trouble. I already had to merge several characters into fewer layers so they are harder to edit now, but not impossible.
There are a few people that i've missed that i would've added (edward13, bhad, rubyoshi, random letters person), but again layers make it hard. Wasn't sure either which people i should've added over others, so if anyone can remind me of someone or two i should really add to the drawing, name it!

For the people who want to see the names:
http://fc07.deviantart.net/fs71/f/2014/053/2/2/groupshotnames_by_elecmaw-d77i8v3.png
"In 1999 hackers revealed a security flaw in Hotmail that permitted anybody to log into any Hotmail account using the password 'eh'." ~Wikipedia
Feb 22, 2014 at 1:45 PM
S
Slither
Professional Whatever

FrozenFire said:
ElecMaw, I have no words for such awesome art. Really love how you drew my "Mikachu" character. I don't suppose it's possible for you to give me a pic of just my character? I would like to use it as my avatar. ;3 Your art style is brilliant.
Click to expand...

"I, Ikachan. The Life and Documentary of the OrigiNAL SQuiD."
Join Date: Aug 30, 2013
Location: ᕕ( ᐛ )ᕗ
Posts: 167
Age: 22
Man, that picture's good.
For the layer problem, I recommend saving it as a .sai (so all layer info is saved just incase), then as a .png (compressed into one layer) and opening the .png back up (should have 1 layer) and keep drawing.
That's a way I think that could be solved, otherwise just make two pictures, which would be a bit easier...
Anyways, I wish you luck on completing it!
Feb 22, 2014 at 7:00 PM

...but I like it better how you drew it. ^.^ That's a really nice pic you have there.
I currently own and administrate a Discord server primarily focused on modding Cave Story.
To download any of my mods, all you have to do is choose a host:
Doukutsu.Club ~ Dropbox ~ Google Drive ~ Mediafire ~ Mega.nz
Feb 22, 2014 at 7:05 PM

EnlightenedOne said:
Mine's eyes are actually wrong, The green LEDs are the eyebrows with the red glow being the actual eyes...

Gah, it's kinda hard to see. I also assumed it's hair is grey, it's a bit difficult to see so hopefully i got that right


Thatnamelessguy said:
I'm just surprised I'm in there. I don't know why I have red hair or anything but... Thanks!
Click to expand...

I drew you based on simon belmont, your avatar has Castlevania in it so i picked that.

-Gir's left side of his body is based on Monobear, inspired by his let's play thread
-Double's sign is based on this, his name being a ref to a dystopian novel
-I drew X-Calibar with a completely different brush to resemble his avatar more
-Drawing a beak on this artstyle is impossible, which led to a problem (as you can see) trying to draw RSK. Attempts at drawing it just gave him orange lips
-Drawing Noxid's skateboard made me realise drawing sparkledogs is a hard craft to master
-Thomasco is probably the most difficult to recognise, his avatar were a bunch of buldings but his profile has a picture of his oc i think?? I just went with that and made up the colors on the spot.
-Carrotlord is grasping at a bunch of mints
-Me vomitting is a ref to my pleasant experience with the Curly Brace

-Most of these people i've drawn are based on their avatars, if they don't have a (suitable) one i checked on their profile if they have a oc's to use(Lace, Thomasco, Desu, Cookedchef). With some others i tried blending past avatars with their current ones (Fab, Matt) or just use a previous one(Double). Failing that and i just assume complete creative control(Carrotlord, Sexplosive, The Core). I tried to make them not like the normal cave story characters whenever possible.
-Originally i wanted to add a lot more elements to the drawing(Like a beam of light shining on Enlightened and a small halo above Polaris), but i stopped with the idea because it was too distracting
-I uploaded this on DeviantArt a few days before uploading it here, which i had to filter for mature content because of Lace's crown
-I wanted to add a basic background, but i deleted it because it was barely visible
-Taking a very rough guess, this drawing took me between 20-40 hours in total, in general it took me a lot of time. But i had a blast doing it!

I'm probably going to leave it like this, i think i got the most important people in the picture. I think i can cram a few new ones into it here and there, but don't expect a massive rehaul. Again, if there's anyone important missing just say the name and i'll add them in

Oh, and fab i did your previous avatar by memory and i thought it wore a hat, but it could also be a dog with floppy ears... It's been a while since you had that avatar, so my mind is foggy on that one.
And thanks! I know i did a great job if fab is complimenting me!

"Life begins and ends with Nu."
Join Date: May 28, 2008
Location: PMMM MMO
Posts: 3713
Age: 30
Ok I split the thread because this was sort of taking over the Artwork thread, and it really deserves to be its own thread.

If you can think of a better title for the thread elec, feel free to tell me or whatnot (or change it, if you can).

Also it took me a while to figure out why half of my avatar was dark/evil/monobear in the picture, but I did figure it out before you posted the explanation.

ElecMaw said:
-Carrotlord is grasping at a bunch of mints
Click to expand...

Ah. I thought he was throwing snowballs at first.

ElecMaw said:
And thanks! I know i did a great job if fab is complimenting me!

A great job being a FAGGOT.


ElecMaw said:
Oh, and fab i did your previous avatar by memory and i thought it wore a hat, but it could also be a dog with floppy ears... It's been a while since you had that avatar, so my mind is foggy on that one.
Click to expand...

I save my avatars when I crop them, but I don't remember which ones I used when. I'm guessing you're thinking of either this one or this one.

ElecMaw said:
Originally i wanted to add a small halo above Polaris
Click to expand...

I feel very conflicted about this. ~^.°~
★Hi! I'm a signature. Times are scary, but remember, even some cyberpunk stories have good endings! Do whatever you can to keep yourself going forward, in some style, with some good spirits, helping where you can~!★

Have another "ugly" Tomoko 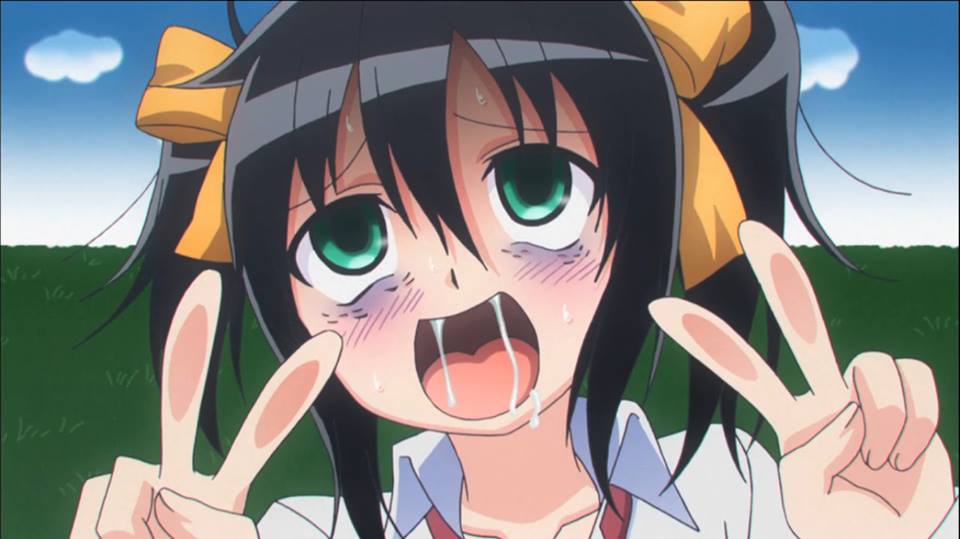