"Life begins and ends with Nu."
Join Date: May 28, 2008
Location: PMMM MMO
Posts: 3713
Age: 30
You know, I'm pretty sure everyone hates pokemon. Infact why are they even making more games, it's not like anyone is even buying them. I guess nintendo just doesn't want to let it die...

"Life begins and ends with Nu."
Join Date: Jun 27, 2013
Location:
Posts: 2645
Age: 27
Granted that people say that they hate the new Pokemon games because they "feel like another Pokemon game". What did they expect the games to be like, GTA but with Pokemon? 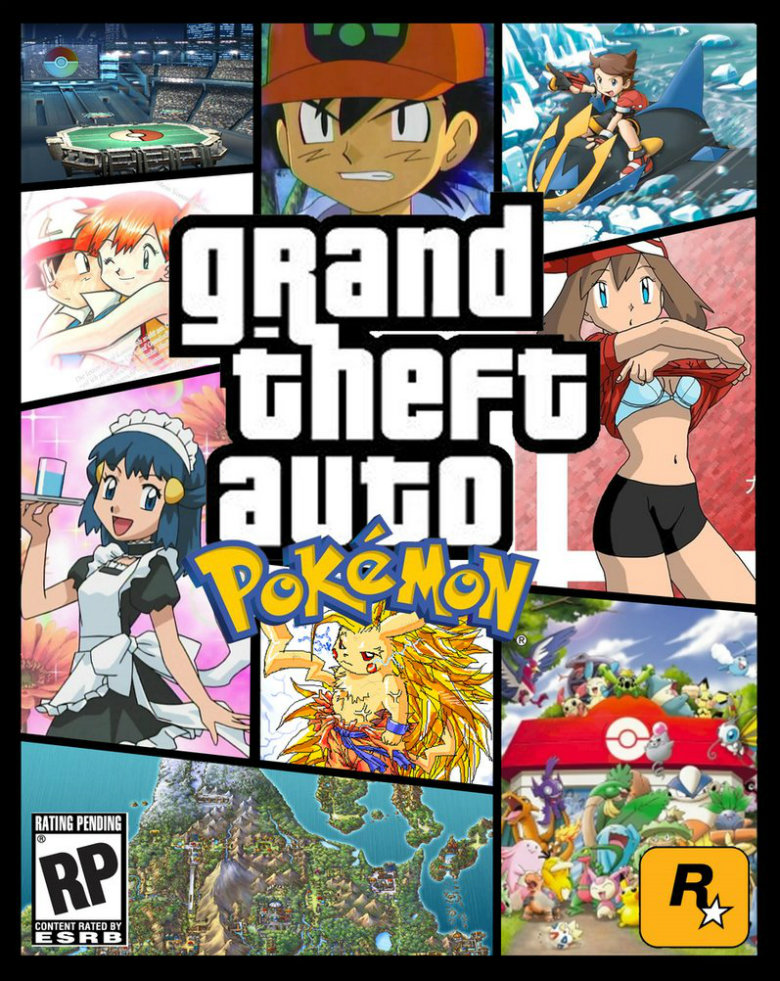 TLincoln said:
I have always thought it was just the anime (which sucked after the original series, got kinda good at BW, and XY I haven't seen yet)
Click to expand...

Guess what
The first season sucked too.
I just watched the first 30 episodes, and I couldn't stand to watch one more. A combination of nostalgia and loving Pokemon in general carried me that far, but now I know why I stopped watching it when I was 11. It's because it's a show for 10-year-olds, and not even a very good one.
I haven't watched any of the newer stuff though.


Wild Desu said:
And yeah I hate to sound dickish but I really don't understand how people can watch the anime. It's long, tedious, and just the same shit over and over again.
Click to expand...

It's basically Blue's Clues, but the conclusion is always "Team Rocket tried to steal Pikachu." I'll always love Mewtwo Strikes Back though.

it turned into a plug for X&Y at the end
Click to expand...

I liked the part where

the entire series was a plug for X&Y

I've started playing Pokemon Showdown recently, to sate my thirst for Pokemon shit. Take that as literally as you want, I guess. Showdown, for anyone who doesn't battle competitively (probably all of you), really strips away the friendship and magic of Pokemon and replaces it with cold, hard numbers and logic. Not the sort of thing I would typically start playing, but in a way, I've been playing it for over a decade. I already knew the rules, just had to learn the metagame.

Also I got some Pokemon cards somehow. I would figure out how to play with them if I knew anybody that likes faggot card games.

I've played all six generations of games, both remake generations, and a few spin-off games, but I've never had the desire to catch 'em all. It seems like a lot of work (A TON OF WORK) just to be the Pokemon equivalent of a crazy cat lady. When I played Pokemon X, my goal was to only catch six Pokemon. It makes me sad when I have to leave Pokemon in a box.

Oh no, I am the crazy cat lady.

Captain Fabulous said:
The joke is that I know several people who like faggot card games.
Click to expand...

"Ha! Ha! Ha! Mega Man is no match for my Mimiga Man!"
Join Date: Mar 15, 2013
Location:
Posts: 229
I'll join the bandwagon and say that the series lost me over the years. It took me a while of convincing myself to give Y a try(Most of it had to do with Phantump <3), and once i beaten the game i just forgot all about it. The only pulls i have that makes me still interested are nostalgia and creating a team of monsters, take that away and you'll have nothing. =/
"In 1999 hackers revealed a security flaw in Hotmail that permitted anybody to log into any Hotmail account using the password 'eh'." ~Wikipedia
Feb 11, 2014 at 2:35 PM

Coffee said:
Hey guys I have an opinion
Stop ignoring me, someone supports my opinion so it's correct
Click to expand...

Dorse, I don't know what your motivation for antagonizing me is, but I don't actually have an opinion on the Pokemon card game, and I've called everyone on earth a faggot at least once so you should be used to it by now. I will stop sharing my thoughts on Pokemon if they bother you. I'm one of the biggest Pokemon fans in this thread, so I wanted to talk about it, including a brief jab at the card games. Then Bobbyis said that on IRC so I posted it as a funny joke.

Go ahead and talk about Pokemon without using homophobic slurs, I'm sure it'll be great.

"Life begins and ends with Nu."
Join Date: Jan 13, 2011
Location: Lasagna
Posts: 4485
Alright sorry I didn't realize you were joking. I was upset because a lot of my friends play those "faggoty card games" - well they're not good, but it's not like it makes them bad people or anything
And yeah I really overreacted at your first post, looking back at it it was probably just the point about card games in the large amount of personal opinions with logical proof that got me going. Sorry again.
EDIT : USER WAS WARNED FOR THIS POST
You must log in or register to reply here.
Share:
Reddit Pinterest Tumblr WhatsApp Email Share Link
Top