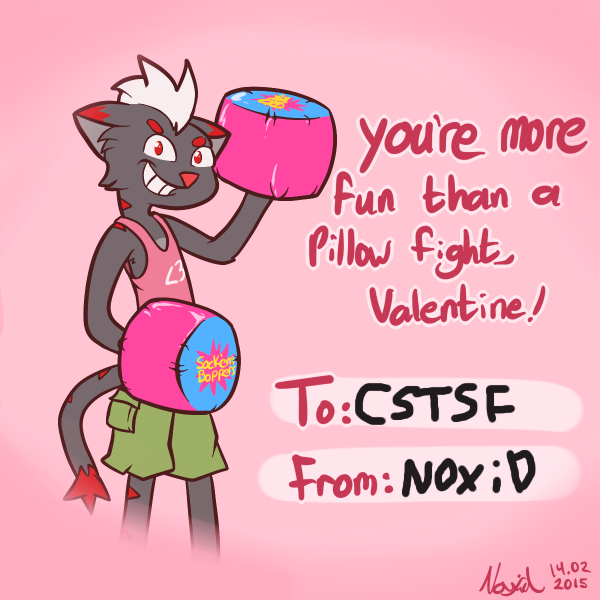 here's to another year of love and laughter

"This is the greatest handgun ever made! You have to ask yourself, do I feel lucky?"
Join Date: Jul 15, 2014
Location: meat chamber
Posts: 95
Age: 20
Well, I don't have a girlfriend so I sat in my brother's room playing Starbound talking to Aaron who was complaining about his girlfriend not showing up.

Eventually Aaron's girlfriend showed up and he left to play smash with her and do other things. I'm still playing Starbound.

I was gonna post this cheesy Shrek card I found on Tumblr but I decided to throw something even cheesier together real quick.
Warning: picture is big. 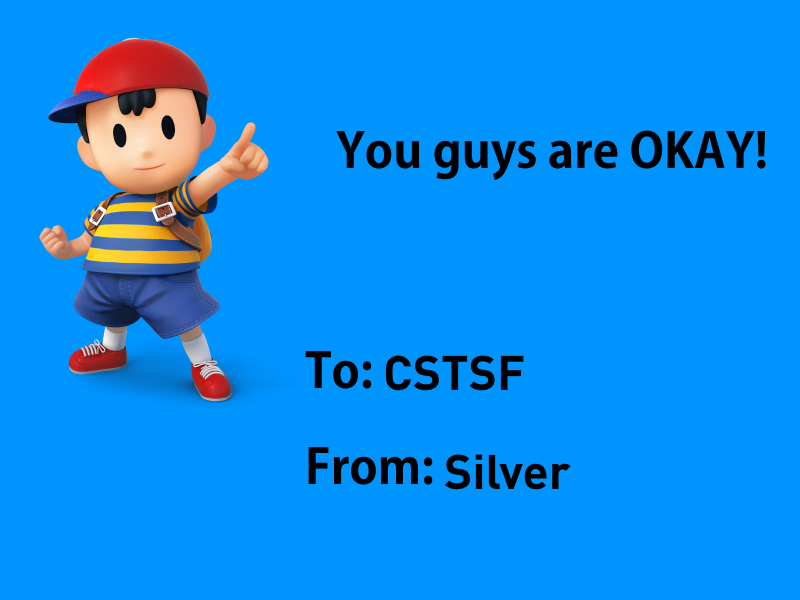 Happy Valentines or in my case Sit At Home Alone Day! 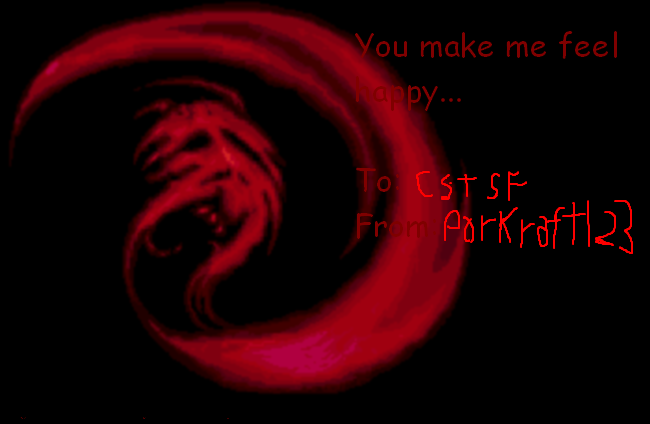 Meh, I spent the day not acknowledging Valentines day until now. 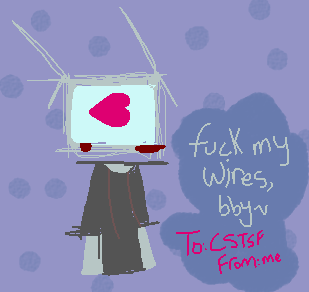 "That dog!"
Join Date: Apr 5, 2013
Location: In my mind and of my body.
Posts: 1637
Age: 24
Let's take a quick look back on the history of valentines day, most of us know this just as a day to send cards and show that we care for another, but where did it come from?


This holiday first started out in Ancient Greece (hint: Cupid's arrow) as Lupercalia and the feast day of Juno Februata.

Celebrated February 15, The holiday Lupercalia (also known as the festival of sexual licence) Was made to hold remembrance to the Pagan god Lupercus, god of fertility and husbandry, protector of herds and crops, and takes the image of a wolf. She was believed to protect the People from famine and keep wolves from invading and destroying crops as well as killing people.

Assisted by Vestal Virgins, the Luperci (male priests) conducted purification rites by sacrificing goats and a dog in the Lupercal cave on Palatine Hill, where the Romans believed the twins Romulus and Remus had been sheltered and nursed by a she-wolf before they eventually founded Rome. Clothed in loincloths made from sacrificed goats and smeared in their blood, the Luperci would run about Rome, striking women with februa, thongs made from skins of the sacrificed goats. The Luperci believed that the floggings purified women and guaranteed their fertility and ease of childbirth

fun fact: February derives from februa or “means of purification.”

After Constantine had made the Roman church’s brand of Christianity the official religion of the Roman Empire (A.D. 325), church leaders wanted to do away with the pagan festivals of the people. Lupercalia was high on their list. But the Roman citizens thought otherwise. It was not until A.D. 496 that the church at Rome was able to do anything about Lupercalia. Powerless to get rid of it, Pope Gelasius instead changed it from February 15 to the 14th and called it St. Valentine’s Day. It was named after one of that church’s saints, who, in A.D. 270, was executed by the emperor for his beliefs.

According to the Catholic Encyclopedia, “At least three different Saint Valentines, all of them martyrs, are mentioned in early martyrologies under the date of 14 February. One is described as a priest at Rome, another as bishop of Interamna (modern Terni), Of the third Saint Valentine, who suffered in Africa with a number of companions, nothing is further known.” Several biographies of different men named Valentine were merged into one “official” St. Valentine.

The church changed Lupercalia even further to make it more acceptable among the culture. Instead of putting the names of girls into a box, the names of “saints” were drawn by both boys and girls. It was then each person’s duty to emulate the life of the saint whose name he or she had drawn. This was Rome’s attempt to change the pagan observance by Christianizing and making it more acceptable according to the church. Though the church at Rome had banned the sexual lottery, young men still practiced a much toned-down version, sending women whom they desired handwritten romantic messages containing St. Valentine’s name. (that's how we get the cards today)

Over the centuries, St. Valentine’s Day cards became popular, especially by the late eighteenth and early nineteenth centuries. These cards were painted with pictures of Cupid and hearts, and meticulously decorated with lace, silk or flowers. (or in this case, Humanized cats with punching pillows)
So yeah, that's it. 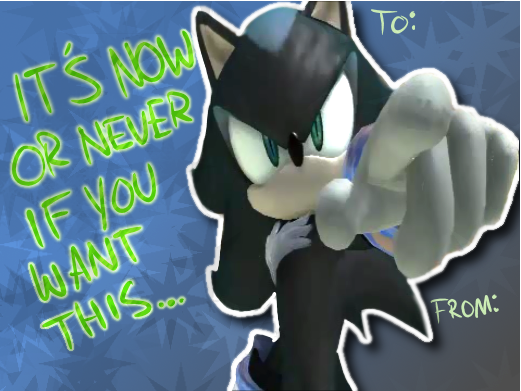 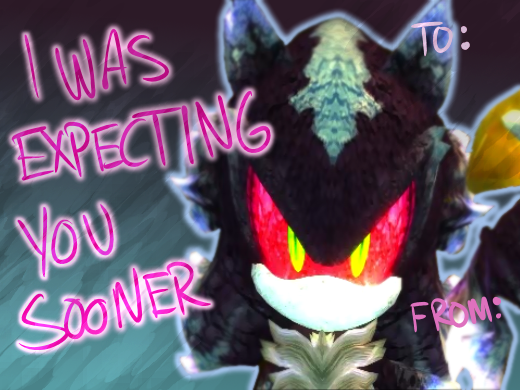 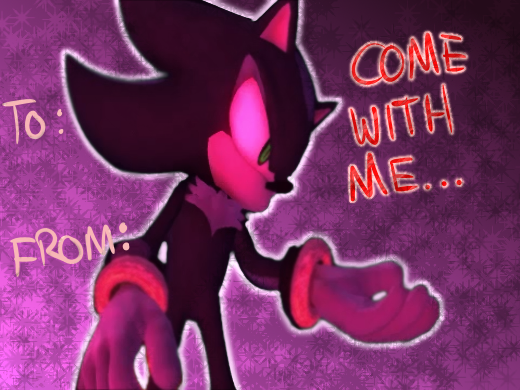 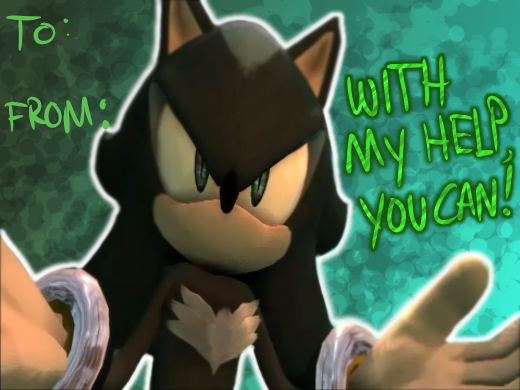 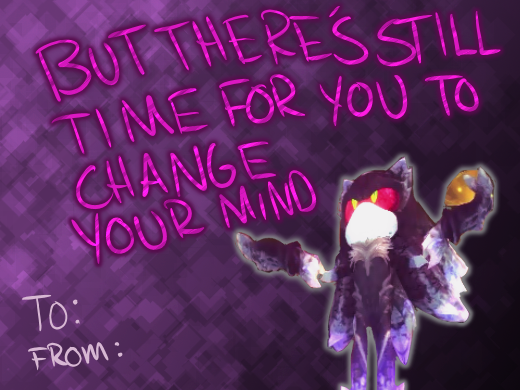 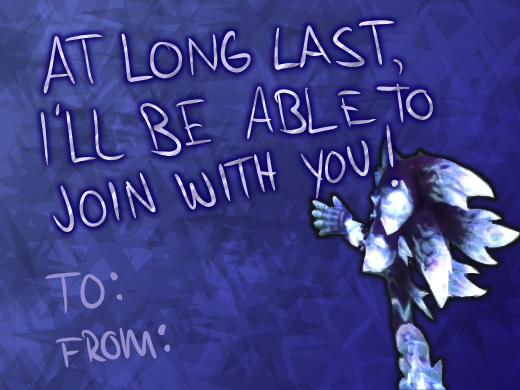 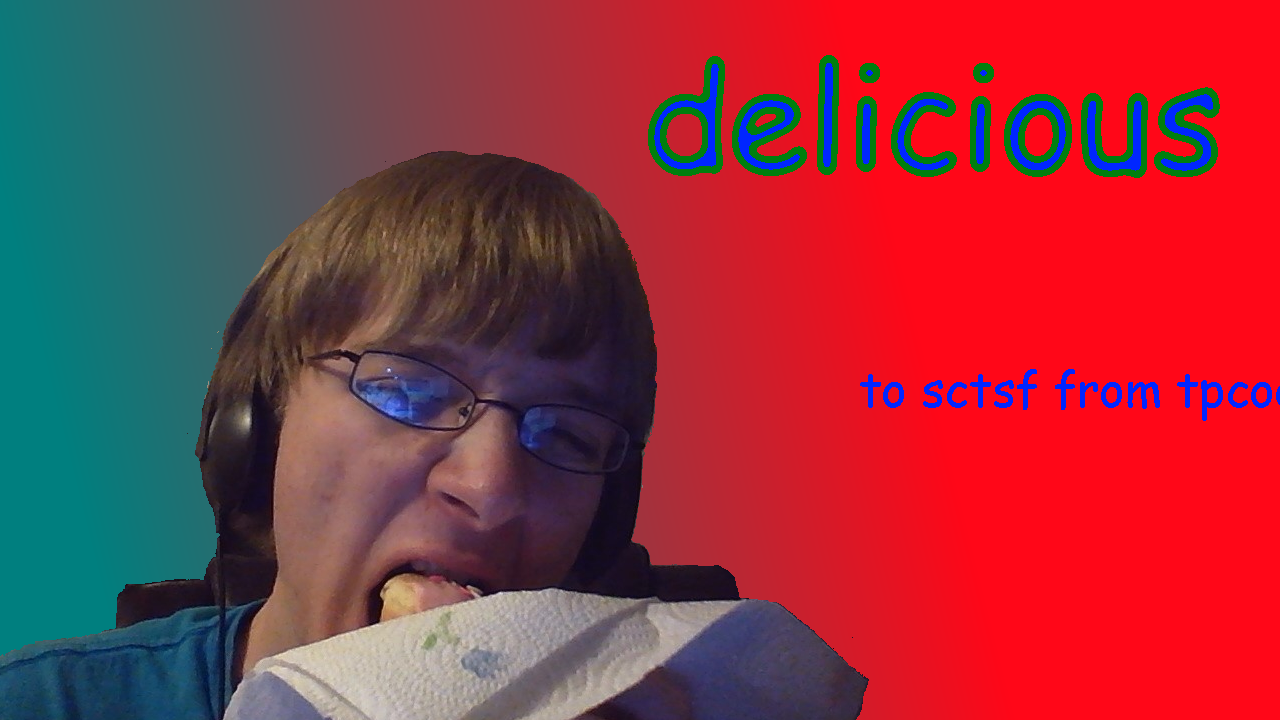 thanks for all the good times everyone 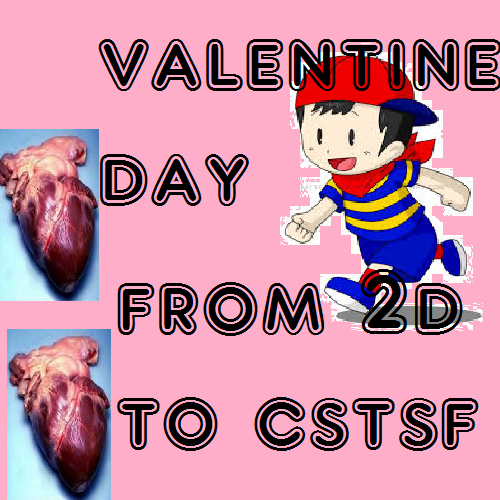 yeah this might be why i dont have a gf

I did go to this bar yesterday, got drunk, and met some 6 feet tall girl who's like 5 years older than me. So I guess technically I celebrated love yesterday. Didn't even start a bar fight though.

"Big Joe Tire and Battery Restaurant! Opening Soon! Eat at Big Joes!"
Join Date: Mar 26, 2014
Location: Somewhere with Wi-Fi
Posts: 543
Age: 24
Well, I ended up forgetting that today was Valentine's Day until my little brother started getting a ton of "Happy Valentine's Day" Pokémon through Wondertrade. I ended up spending half the day playing Golden Sun, though we did get a small chocolate cake, so my family and I technically celebrated the holiday together. 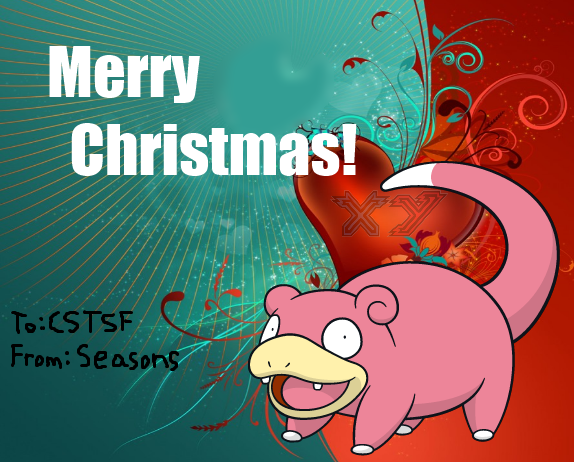 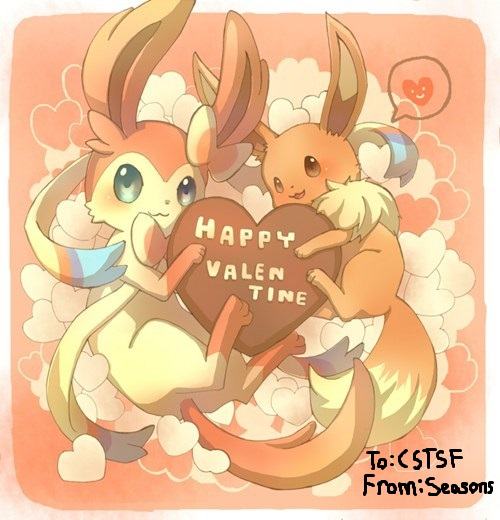 WoodenRat said:
I had completely forgotten that it was valentine's day today.

I did go to this bar yesterday, got drunk, and met some 6 feet tall girl who's like 5 years older than me. So I guess technically I celebrated love yesterday. Didn't even start a bar fight though.
Click to expand...

so did you actually do anything to her or did just "fall in love" with a girl you met for 5 minutes and never saw her again?


I stayed in bed all day cuz it's snowing. Now I am celebrating. Too lazy to draw you guys something. Maybe later.

"Heavy swords for sale. Suitable for most RPG Protagonists. Apply now!"
Join Date: Dec 26, 2007
Location: Lithuania
Posts: 1947
I only got her facebook and unfortunately didn't even fall in love with her either.

Man I miss being young and falling in love with every girl with a pretty face who looks your way. 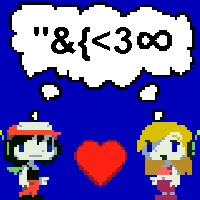 Quote and Curly Brace are celebrating Valentines day.
Don't they look SO CUTE together? 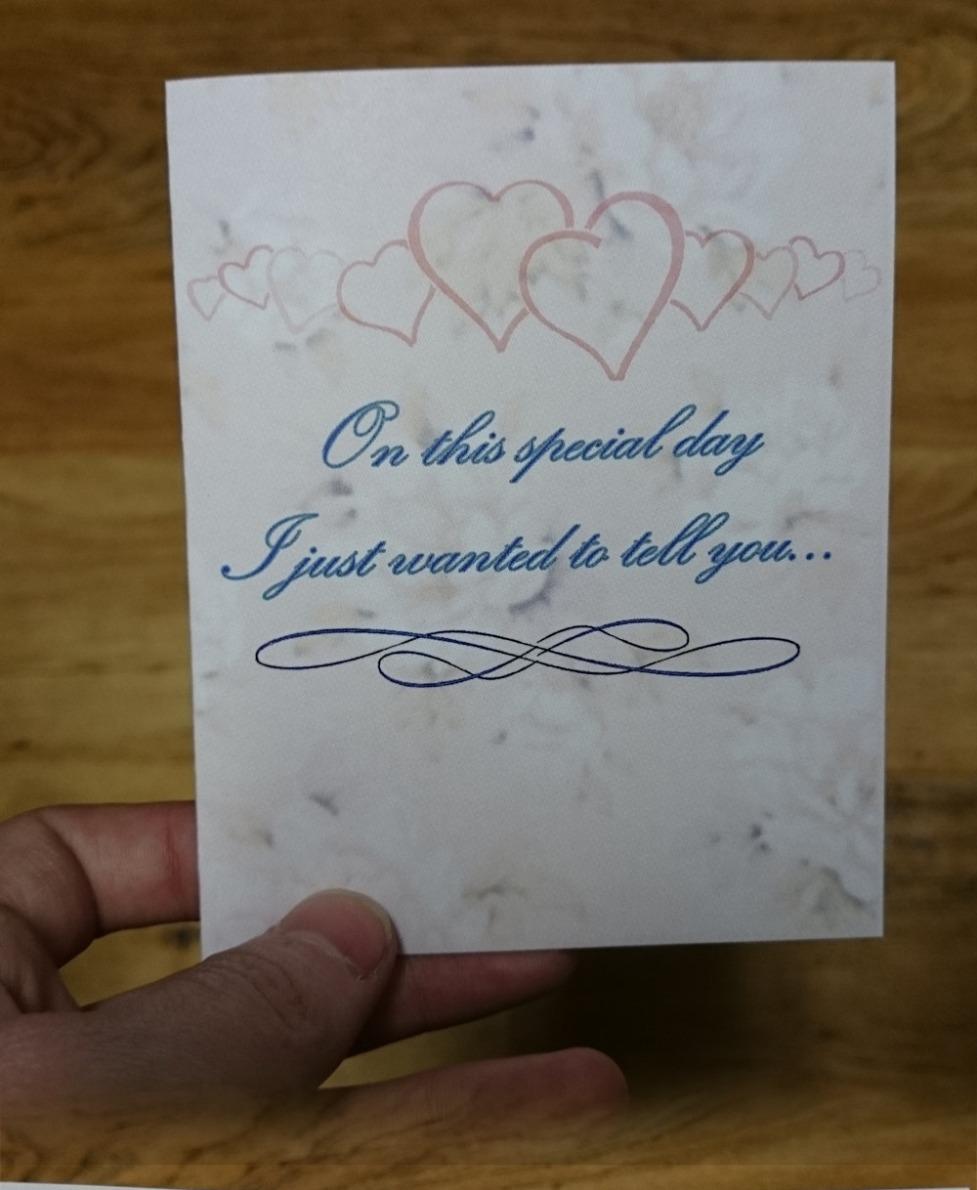 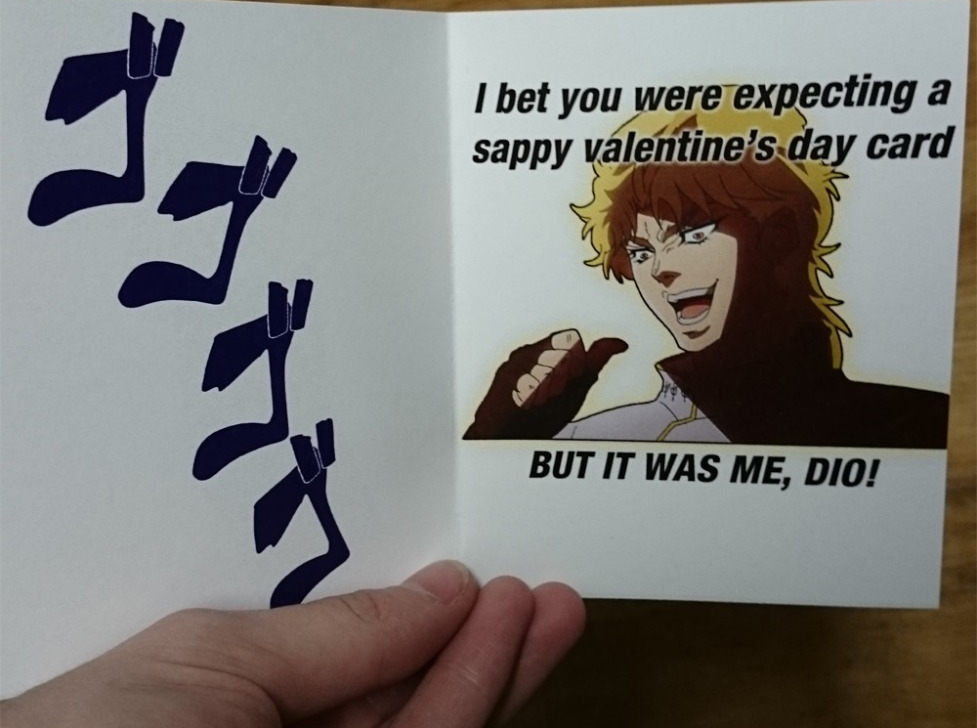 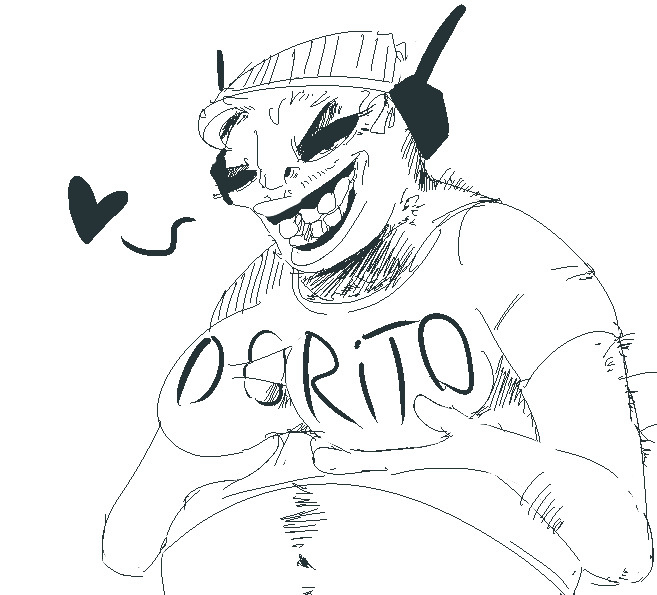 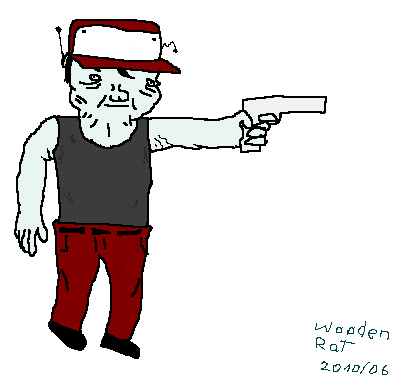 50 year old quote, you've got a competitor
Just keep going
almost there
just a few more tags
Luke Skywalker dies at the end of The Last Jedi.
Feb 15, 2015 at 3:07 AM 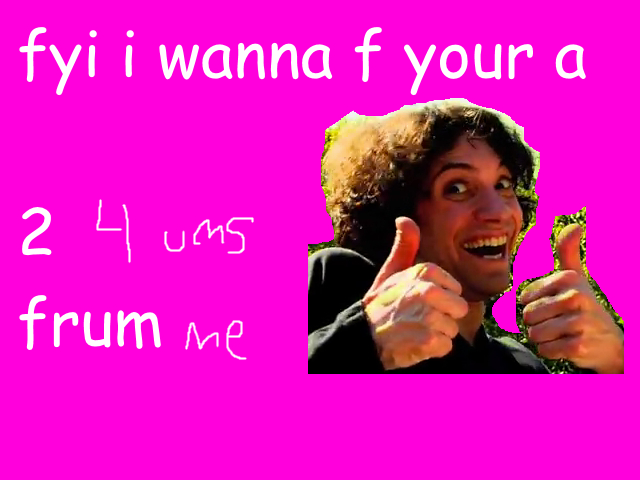 I came to school with a card that would take 5 seconds of effort to make. I gave my girlfriend a candy at least! All I get back is a piece of folded paper...
Wishlist Harpy Gaiden DX on Steam!
You must log in or register to reply here.
Share:
Reddit Pinterest Tumblr WhatsApp Email Share Link
Top