"It's dangerous to go alone!"
Join Date: Nov 21, 2021
Location: the Pillars of Creation
Posts: 31
Or games in which Speder2 was the music composer of. 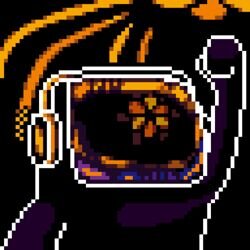 ​
Recently, I found a collection of freeware games made by a small team of developers, Speder2 being a part of it, but also including 本こはだサーモン, rakugan65535, and こうもりEQ.

Each game is short in length and won't exceed an hour of playtime, but are worth playing for their presentation alone.

I've provided a google drive of the game files below since the links on the site are either dead or lead to a site that triggers my antivirus and my browser's built-in safeguard. All files have been scanned in virus total just to be safe. 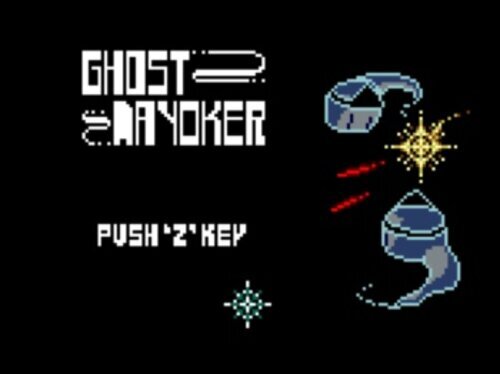 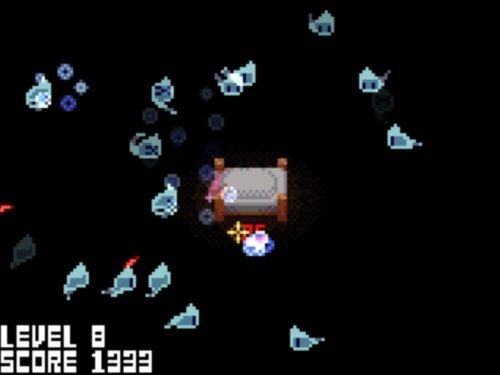 Ghost Mayoker is an arcade shooter where you protect your bed from an ever-growing sea of spirits. You control a yellow crosshair that pivots around the bed and shoots red lasers. Don't expect to last long, but that energetic tune will help motivate you to power through. 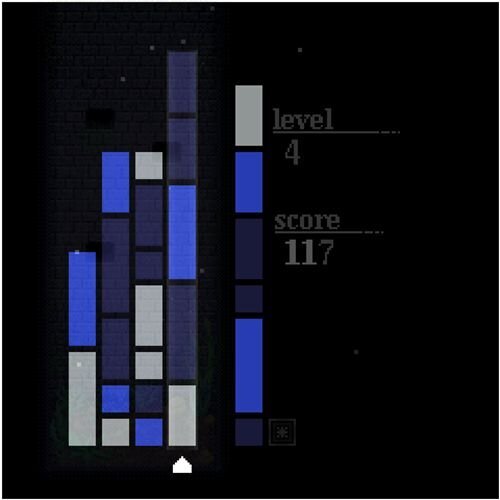 Mizunoawa is a block-stacking puzzle game with a twist. You insert pieces from below to form a row of matching colored blocks. I contains 23 levels and an endless mode. 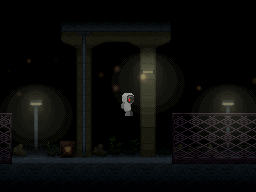 (Biggest image available) Oimostfonwy is an exploration type game where you walk around and collect musical artifacts in a dimly-lit world. You will also find arcade machines with tiny games inside and notes that you can read, but they are in Japanese, so I can't read them.

I thought it was a horror game at first, but that's just the atmosphere of the game starting out. As it says on the site, even on the darkest roads, music will put you at ease. I haven't finished this one yet since I can't find the last few artifacts. 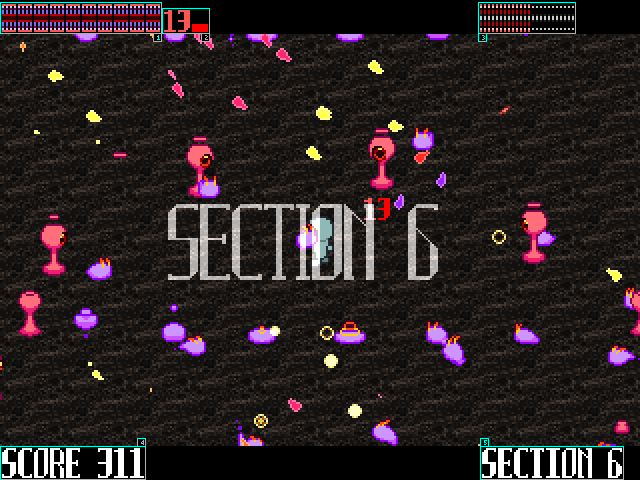 (Ignore the cyan boxes) Dhinameptor is another arcade shooter where you move a character around an endlessly looping screen. The goal is to destroy all enemies before you run out of health. There are powerups that will aid you, especially in later sections where it gets hectic. 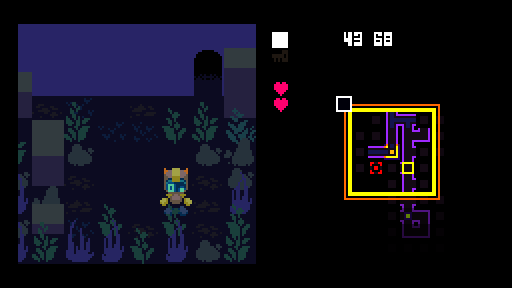 Dequivsia is a minesweeper game where you navigate rooms to gain clues about where the trap rooms (The white square indicates the number of traps that are orthogonally or diagonally adjacent to the room). You have to find keys and an exit to beat the level.

This game is a little unconventional with its gameplay, but it's a fun twist to the old minesweeper formula. It can get really hard at times, and I swear it's sometimes impossible to avoid 50/50 guesses. 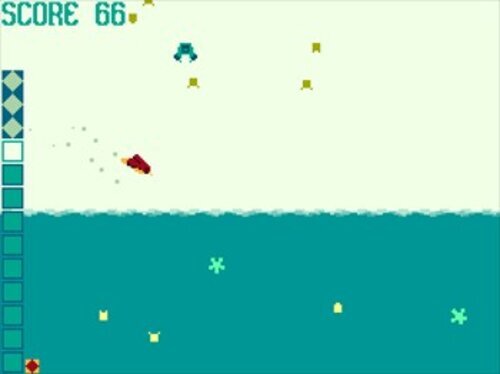 Tidal Hopper is another arcade-like game in which you control a penguin(?) to destroy aliens(?) while collecting energy pellets, flying out of the water, and avoiding big red orbs. The bar on the left indicates how much energy you have. You can use one segment to jump in the air or release an aura of death. Right next to it in orange is your health. The three diamonds above the bar is your oxygen meter. When it goes to zero, you'll take damage.

It's likely you'll lose one bit of health right at the start due to oxygen loss. It's most likely the reason there isn't a picture with a full health bar.

Senkichu (Sparkling Bug) is the last game to come out from the team. Like Oimostfonwy, it is an exploration game, but taking place underwater (I think) instead of the dark. Here, you'll find objects scattered around the world to give to a total of six people(?). You gain musical artifacts you can play throughout the game this way, and once you've collected everything for everyone, you're ready to watch the ending. There are enemies strewn about and you do have a health bar, but you'll most likely never die, even if you tried.

With beautiful music and sound effects, this game is ear candy if there ever was a term (ignoring the pop music definition) and it's pretty too. It's the first game I came across from the team and it's a good one to end their development with. The game itself isn't the most fun to play, but it's leaves a nice memory.​
​
I found these games by listening to the tracks made by Speder2. It isn't surprising to see that the music is the main appeal for me, and I've been stuck listening to them for a while. If you like their music as much as I do, feel free to check out these links.

"Wow! The more I drink of this magical beverage, the more games I can play! Wheee!"
Join Date: Nov 18, 2020
Location: tunisia
Posts: 22
cool you can tas it by hour glass pc
You must log in or register to reply here.
Share:
Reddit Pinterest Tumblr WhatsApp Email Share Link
Top