"Life begins and ends with Nu."
Join Date: Jun 27, 2013
Location:
Posts: 2653
Age: 27
Hey, just popping up from my break real quick because I was messing around with Org2XM and converted some songs from mods to the XM format, and I was playing around with the Audieremony plugin for RPG Maker 2003, which enables games to load Oggs and XM files. Well, I didn't realize this until I plugged the Nyan Cat org from WTF Story into Milkytracker, the program used to create and edit XM files, and noticed that some of the notes are playing at the wrong pitch. And that was really strange because when loaded in a RM2003 game, the notes would hit as intended as on the original org. Looking again, it turns out that some of the notes in the org exceed MIlkytracker's note range, which is a bit concerning. Is this an issue with Org2XM or an issue with Milkytracker instead?

And here's an example of one of the notes being out of range. 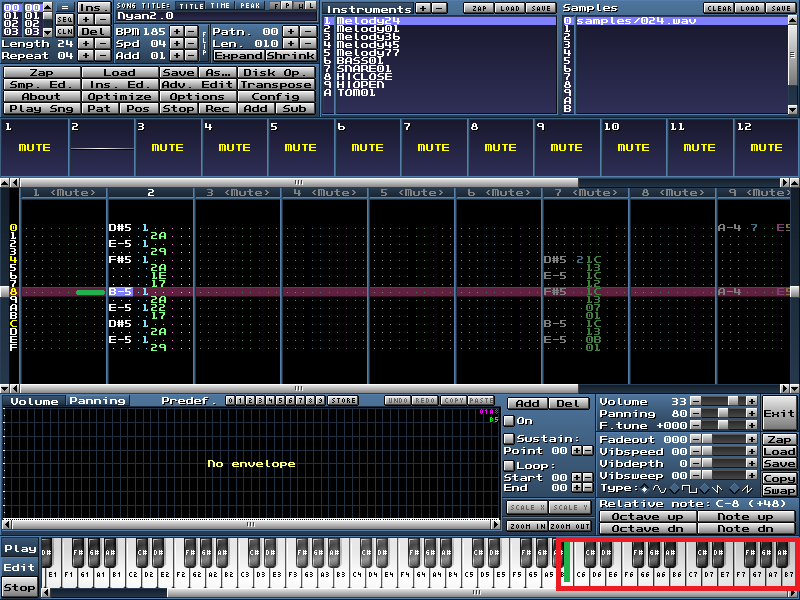 But yeah, something that should be taken note of.