"Life begins and ends with Nu."
Join Date: Aug 20, 2006
Location:
Posts: 2835
Age: 31
Added/replayed a few more this evening. Hell II is still a pretty good hell edit, and The Eternal Chaos is still a pretty good general mod (if backtrack-y, much like its successor and possibly is predecessor when I get around to playing it again). Quest is very short, but had a neat idea where it auto-saved at the start of every new map, and Room of Glitches shows off some of the CS engine quirks. The last one I don't have (may have downloaded it at some point and then deleted it, I know I haven't kept every hell mod I've downloaded) so I'll ask SP at some point.
I'm an admin c:

"Life begins and ends with Nu."
Join Date: Jan 4, 2008
Location: Lingerie, but also, like, fancy curtains
Posts: 3054
Oy I remember quest.
Yeah it was pretty fun except for the horrid spelling.

Lace said:
Oy I remember quest.
Yeah it was pretty fun except for the horrid spelling.
Click to expand...

I could only hear the English accent...

"Life begins and ends with Nu."
Join Date: Aug 28, 2009
Location: The Purple Zone
Posts: 5998
Because they need some lovin' too
but necroposting is a sin
and active mods have their own (active) threads for discussion?

Noxid said:
Because they need some lovin' too
but necroposting is a sin
and active mods have their own (active) threads for discussion?
Click to expand...

Hi. I've a quick question for those that have played Schism.

I'm playing andwhy's port for psp, and I end up in a garbled room right after the first crazed mimiga boss in the mansion. How important is this room later in the game? Do you have to come back often, or is this like a one or two time deal? 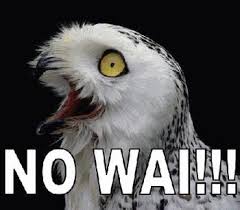 1) Use search function, Cripplechair is doing a better version of this.
2) The mod showcase area is for people that actually have a mod to contribute. If you really want to state something to help others, state it in the ideas/development area. But don't state tiny things like these, because these points are really obvious and don't need a new thread.
EDIT : USER WAS WARNED FOR THIS POST
Nov 19, 2011 at 10:59 PM

[REGARDING LOST MAGE AND PIRATE]