Cave Story Simple Double Jump Game is Cave Story, however quote can DOUBLE JUMP
Due to the advancing double jump algorithm, this mod may need a reasonably powerful computer to play. 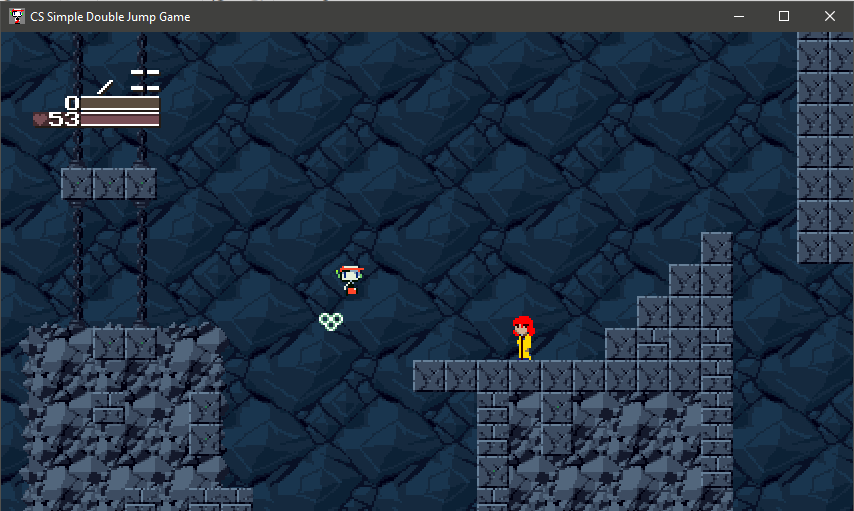 Notes:
This mod contains minor swearing (in the form of double-jumping)
Please read the README.txt for more information.

"Life begins and ends with Nu."
Join Date: Dec 31, 2011
Location: United States
Posts: 2108
Age: 25
Haha, fun little mod. I like the sense of humor. The level ups don't seem significant at first, but then the really become crazy when you get enough of them. The mod doesn't have a lot of polish, but it seems that that's kind of on purpose to some extent. I particularly liked the boss fight with the core where at first it seems to have way too much health, but as you power up the blade more and more, it becomes so over-powered that it's super easy to beat. I also find it funny how that creepy amalgamation of Momorin/Misery/Ronald McDonald keeps trying to coerce you into exiting out of the game early. The Machine gun physics gave me a good laugh, and ended up being quite fun. I also liked the craziness of using the spur and nemesis in Hell.

That Ballos battle was pretty crazy and pretty silly. I'm guessing that spawning a bunch of enemies at the end was the game's ending, and that character's way of just getting mad at me for beating the game.

Overall nice, I liked this, this was a fun way to spend my Saturday morning.

does it end after 1,000,000 entities or do i need to buy the new computer to play that part
i like walruses also i am going to maybe be a tree when i get older i think trees are pretty neat
but i still want to do other stuff trees can't
like not be a tree

"Fresh from the Bakery"
Join Date: May 12, 2017
Location: when the
Posts: 6
Introducing v1.1:
Added ModEngine lighting, the fireball, and grasstown! 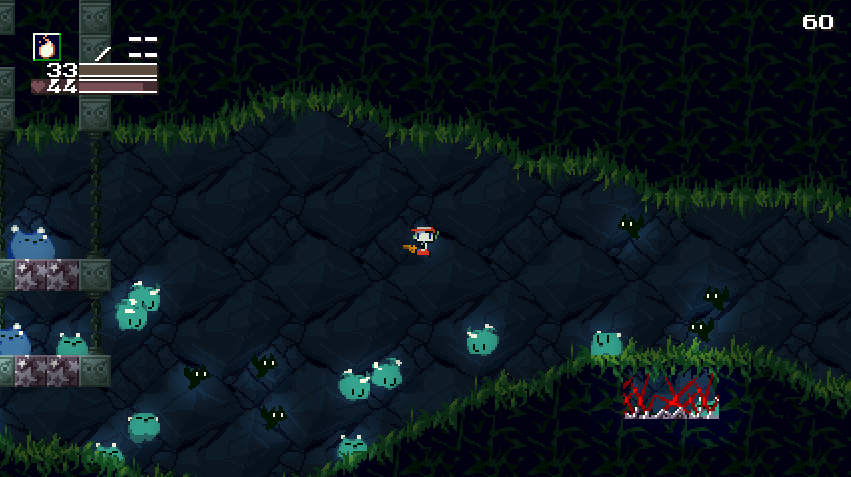 Also added some bullet particles, and a secret weapon 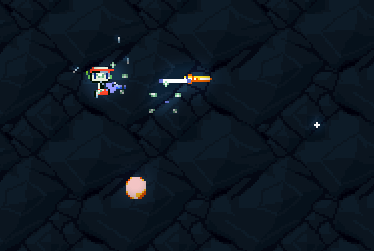