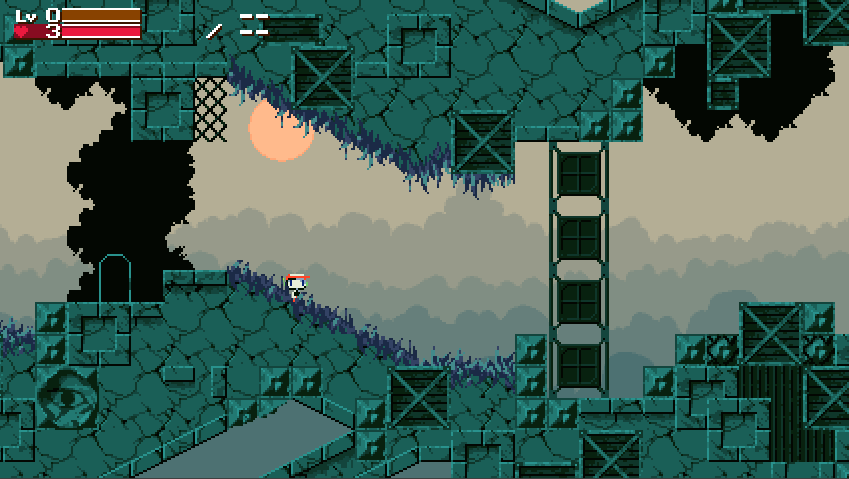 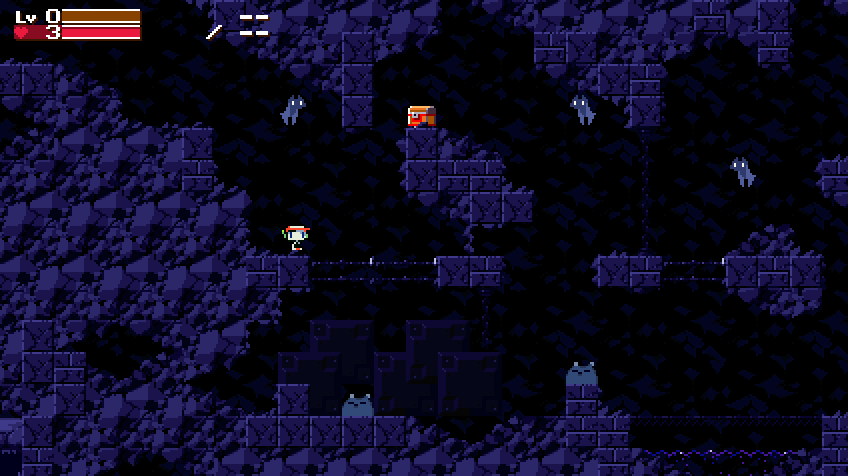 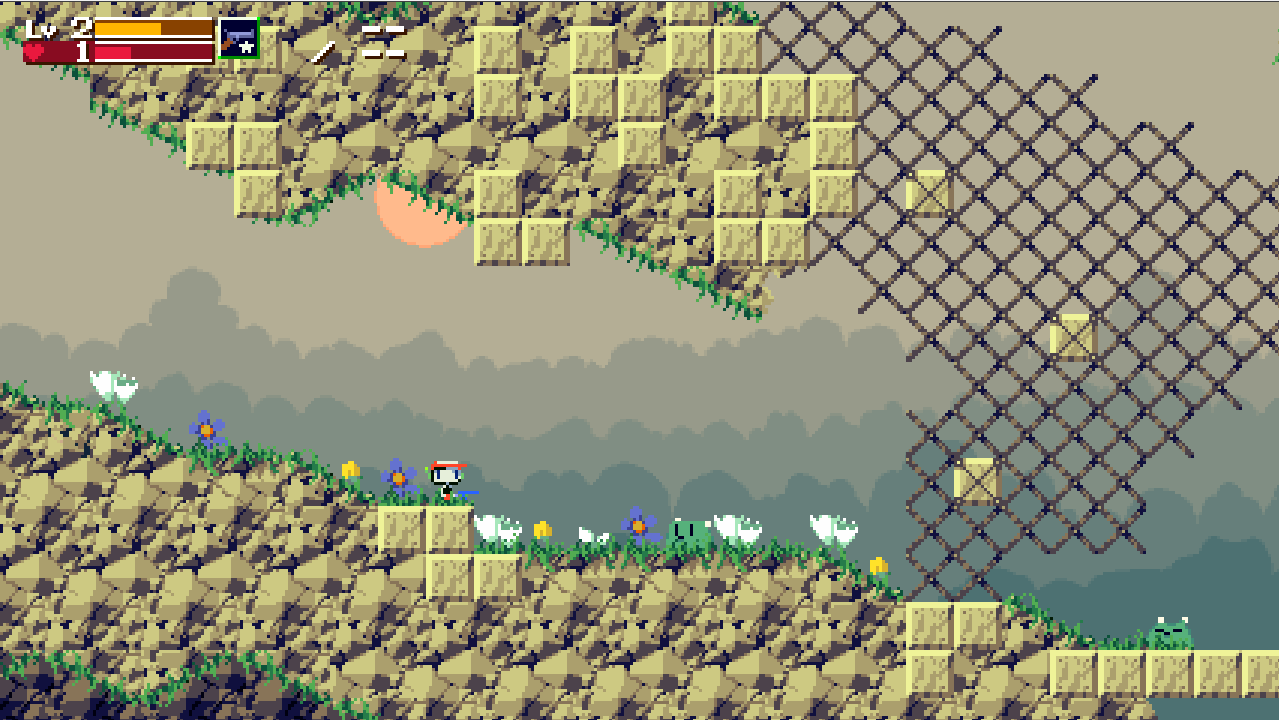 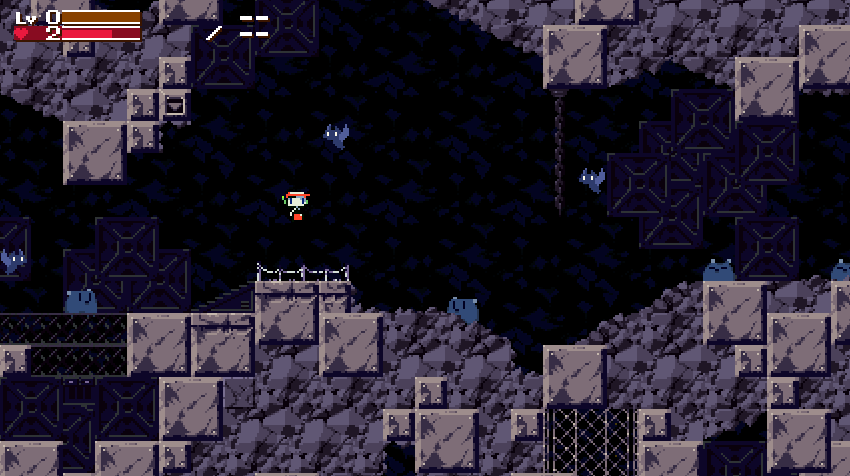 The mod can certainly be played without the context of the video though, so if you want to play the mod first/only then by all means go ahead.

Q: Why a video?
A: It's more like I made the video and the mod's just acompanying it showing off my though process of "how I mod" because somebody would like that I guess.

Q:Is this Open CS 2?
A: No it's CSBD 4 Ultra Deluxe Edition feat. Tyrone from Cave Story.

Q: Where can I find the mod?
A: [INSERT LINK HERE]

Q: how long is the mod?
A: It's about 15 minutes of playtime depending on how good you are at the original game.

Q: How long is uhhh...
A: this video streak going to go on? I don't know, I want to make this a normal thing now I'm going to be talking more than just Cave story though.

Q: WhEn Is SuEs StOrY CoMiNg OuT??
A: It's being held hostage until I get my waffle button.

Q:WHY???
A: There needs to be a first for everything, enjoy the crisp HQ audio tracks provided by Jables. <3

Q: Can I speedrun this?
A: Sure, if you want to I'd be honoured.

Q: What happens if I don't grab the weapon at the beginning
A:

"Fresh from the Bakery"
Join Date: Jul 17, 2015
Location: only time will tell
Posts: 7
Looks great and can't wait to play it, but just one thing: why is the file over 100mb when I'm trying to download it? That seems way too excessive.

Mistral said:
Looks great and can't wait to play it, but just one thing: why is the file over 100mb when I'm trying to download it? That seems way too excessive.
Click to expand...

BLink said:
Q: WhEn Is SuEs StOrY CoMiNg OuT??
A: It's being held hostage until I get my waffle button.
Click to expand...

Miccs has already done that, now you have to finish Sue Story

ChampionDude345 said:
Its hard to speedrun because the Travelers Wings sometimes boosts instead of jumps :/
And I'm on the ground :c
Click to expand...

I had that problem for a while until I realized that I was just jumping too late a lot of the time, or your keys are double tapping.

How about I do BLunko a favor and make a 38MB version for all to enjoy with basically zero audio quality loss?

Here you go it's pretty much the exact same mod. It's just not 20mb .flac files.
I currently own and administrate a Discord server primarily focused on modding Cave Story.
To download any of my mods, all you have to do is choose a host:
Doukutsu.Club ~ Dropbox ~ Google Drive ~ Mediafire ~ Mega.nz
Aug 26, 2018 at 1:37 AM

Thanks Enlight. now (more) people might actually check this out lol.

"Big Joe Tire and Battery Restaurant! Opening Soon! Eat at Big Joes!"
Join Date: Mar 26, 2014
Location: Somewhere with Wi-Fi
Posts: 541
Age: 24
I'm surprised that I managed to forget to play this even though I watched the video when it was posted. Good thing I'm relatively free this weekend.


It's been a hot minute. 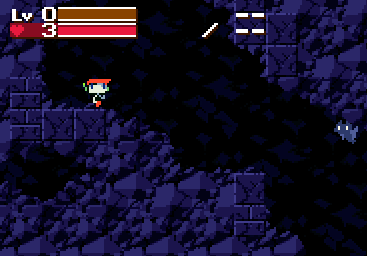 This hole being here so that I can kinda jump off screen makes me a wee bit uncomfortable, but since there isn't any way to damage boost up there you get a pass. 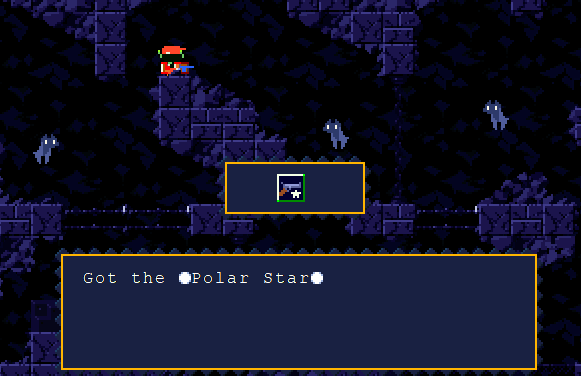 Why does the item get fanfare only start playing after the message is done being displayed? Also, you forgot punctuation after the second =. 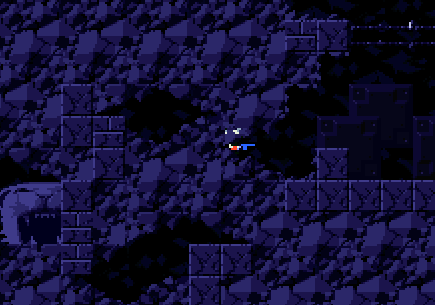 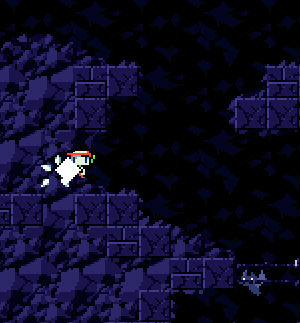 aaaaaaa aa a aa a 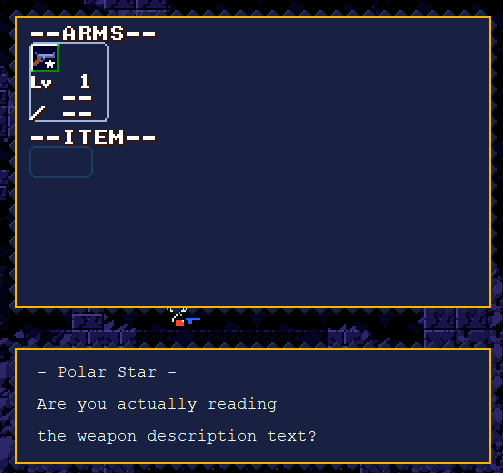 Yes, I am. You thought you could trick me. 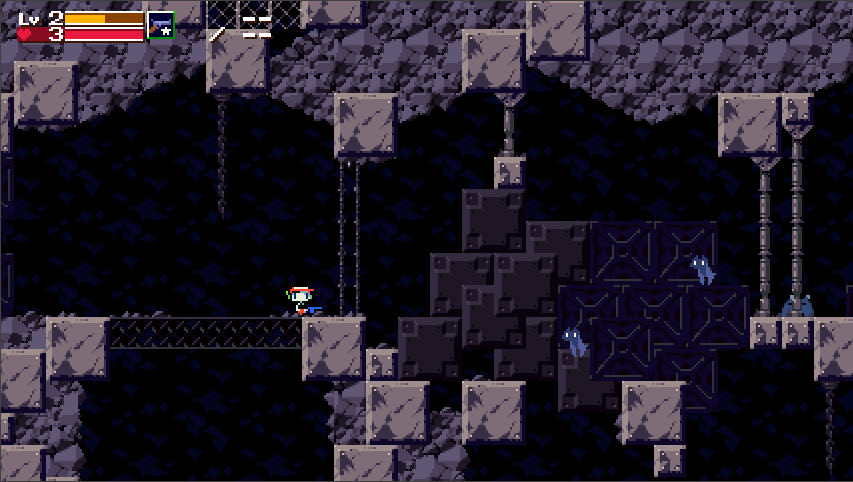 I'm really digging the environments. It's really interesting and pleasing to look at. Also...
>mines area
>blue grey rocks
is this an IWBTS reference?? 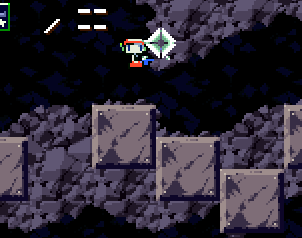 times bad slopes have made me aaaaaaa: 3 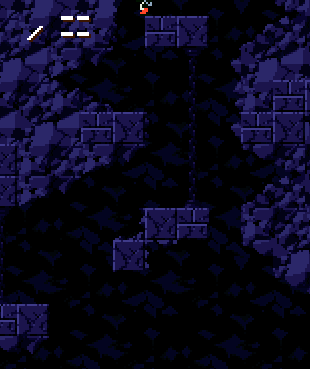 Oh, it transitioned properly when I jumped to the right.
okay?? 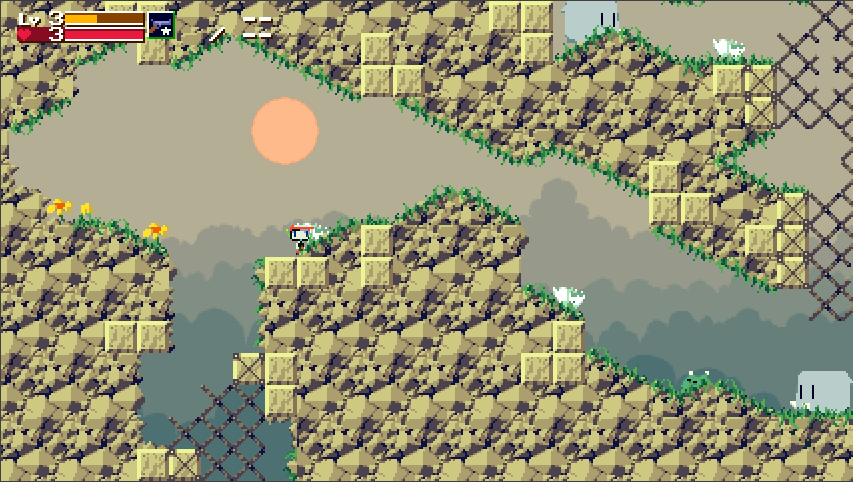 Goddamn, talk about a breath of fresh air. The critter that waits for you right by where you spawn in is a bit bad, but the music and feel of this place is a good contrast to the underground levels I've been going through so far. 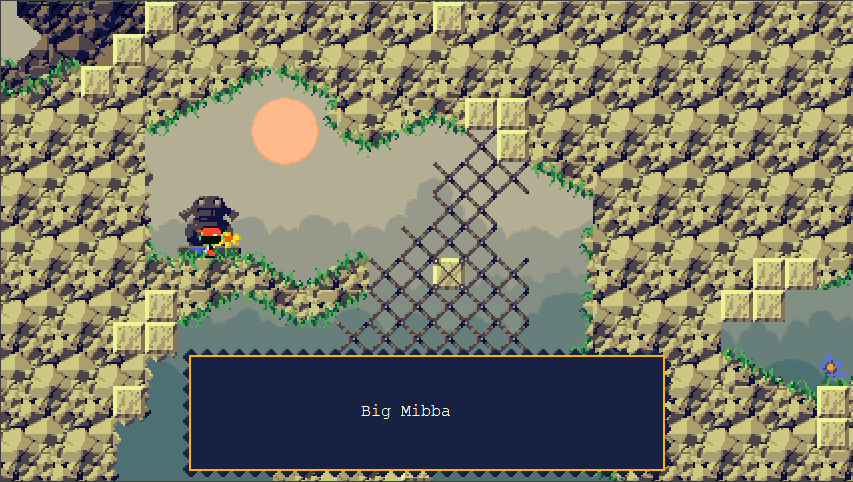 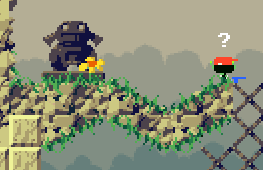 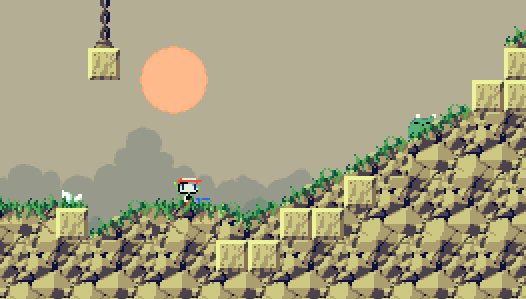 I don't know if it's me trying to take everything in or the faster game speed, but I've been having a hard time spotting these critters ahead of time in this level. I think darkening the enemies here a touch would be a good idea? 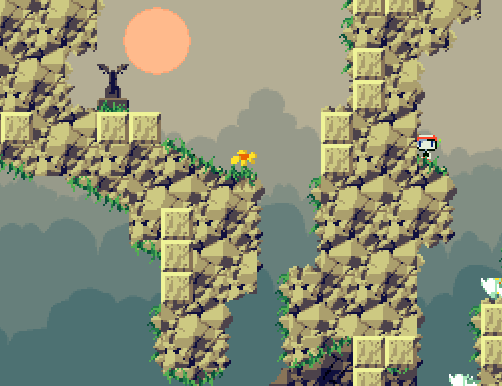 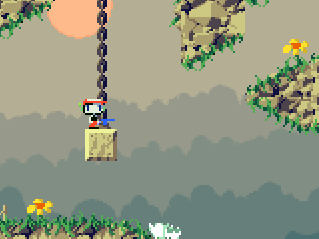 how many times must we teach you this lesson old man!? 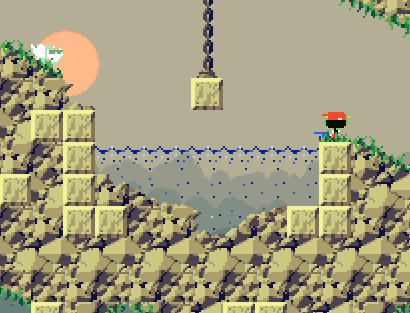 Inescapable water pits with no way to kill yourself faster in them make me sad. 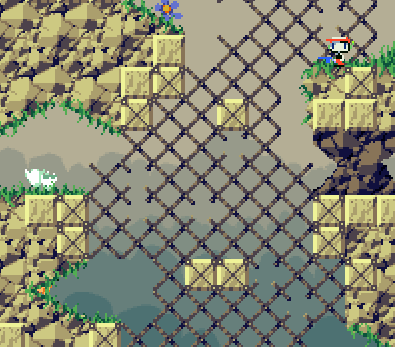 Was doing some backtracking after beating this level, and fun fact: weapon energy that bounces into corners like the one in the lower left become VERY loud. 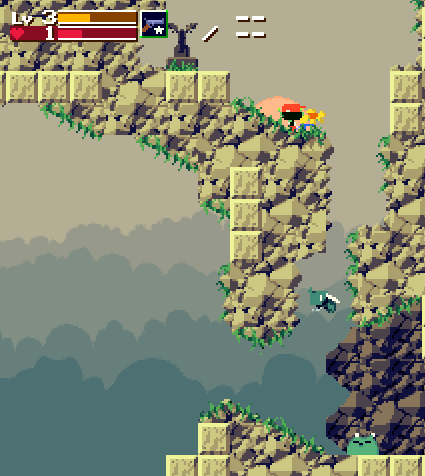 i finally did it
eat my shorts 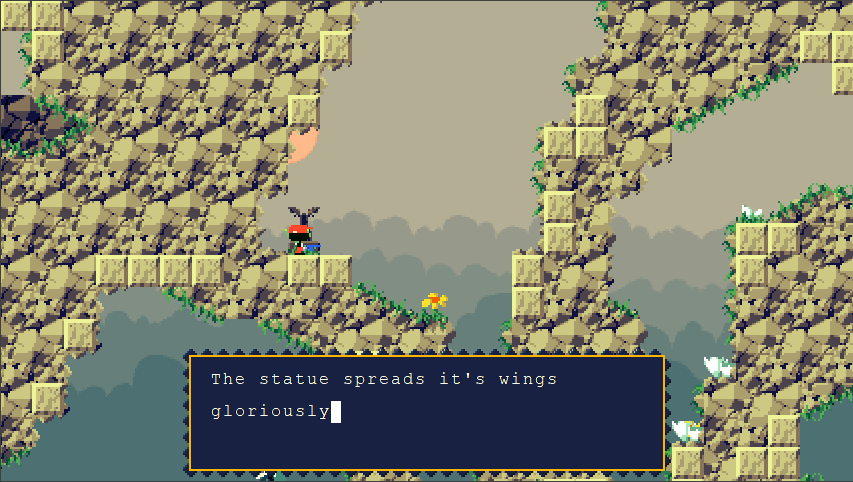 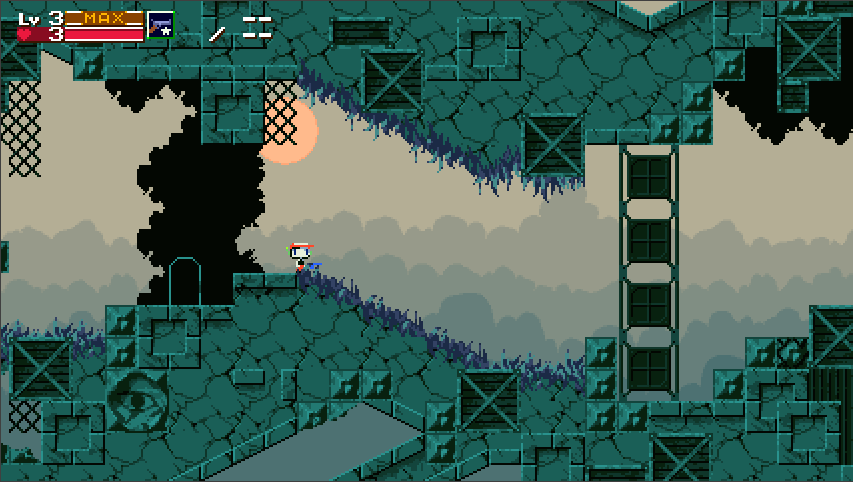 Would've appreciated some kinda introduction to these tiles prior to then so I could've known ahead of time that they weren't solid. 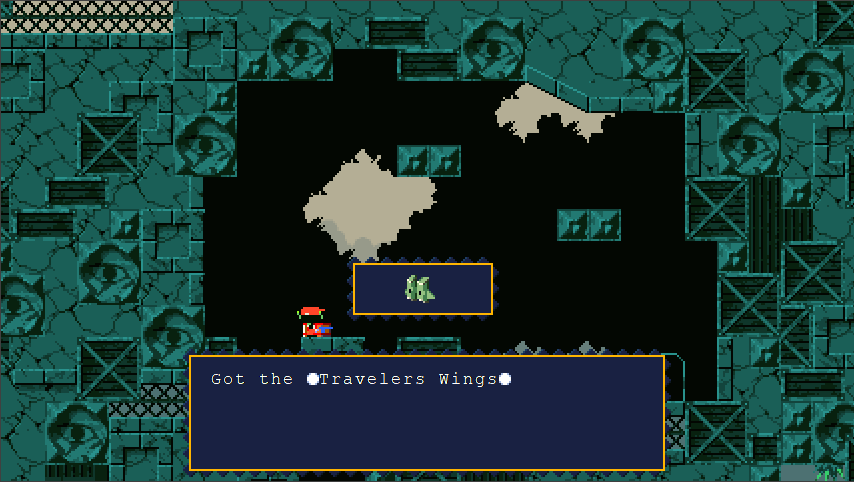 i'm so mad
Also you're missing an apostrophe.

So mad that the game crashed when I clicked back into it. 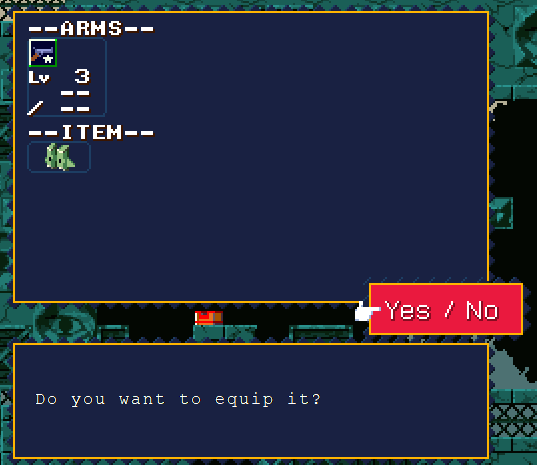 But they're already... equipped?

>backtrack with the Traveller's Wings
>can't escape off the top of any of the other maps
:clap:

I don't know how to feel about almost everything in Lava Passage killing me in one hit. At least the save was literally right next to the door.
Also, the "p" in "Lava passage" should be capitalized.

hot damn these red critters are scary at 60 FPS 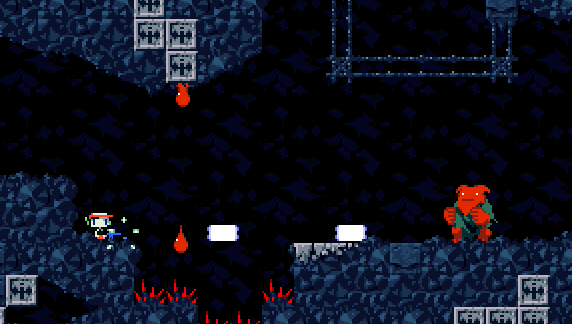 For clarification, if you start the fight facing the other way it's really easy to get blindsided by the Red Demon's initial attack, especially when the game is going at 60 FPS.

first tr-
>game crash
are you kidding me

Oh, that was the end after all. 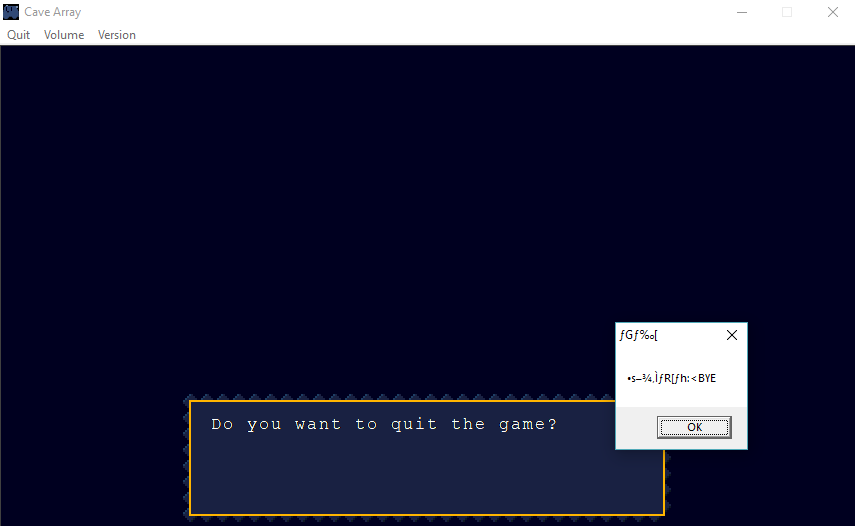 bye
For something that was only maybe 20ish minutes long excluding all the dumb stuff I tried to do, it was really enjoyable. The level design and music were both great, and the addition of custom sound effects was appreciated outside of whenever weapon energy got caught in slope corners. I just wish the boss had more health or something else to extend the fight a bit longer, because that music was jammin'.
Mods:

>backtrack with the Traveller's Wings
>can't escape off the top of any of the other maps
:clap:
Click to expand...

Yes, I made it so that if you go above the map you can't move left/right, only up and down. It allowed for a bit more aesthetic freedom while keeping things from breaking.

I put this here JUST so you would get triggered. The rest of the slope cases, not so much....

As for the crashing issues, I'm not sure at the moment, the new version of Clownacy's loader is to blame, as I've heard other people experiencing the same issues, but it only happened to me once during development and I was clicking on and off the screen quite a bit so I'm not sure how this happened.

The music IS jammin though, as mentioned in the OP, all the tracks are by Jables and links to the albums they come from can be found above.

I could go back and fix all the bugs, but they aren't really game breaking and unless I get another instance like the inescapable water pit I'll just be leaving it as is. (that level was back when I made Sue's Story as stated in the video so I wasn't super smart, I didn't really change the levels much...)

Now beat the game again without the gun.

BLink said:
Now beat the game again without the gun.
Click to expand...

Ask and you shall receive:

Red Demon is a cool guy when he doesn't want to try to murder your face off. 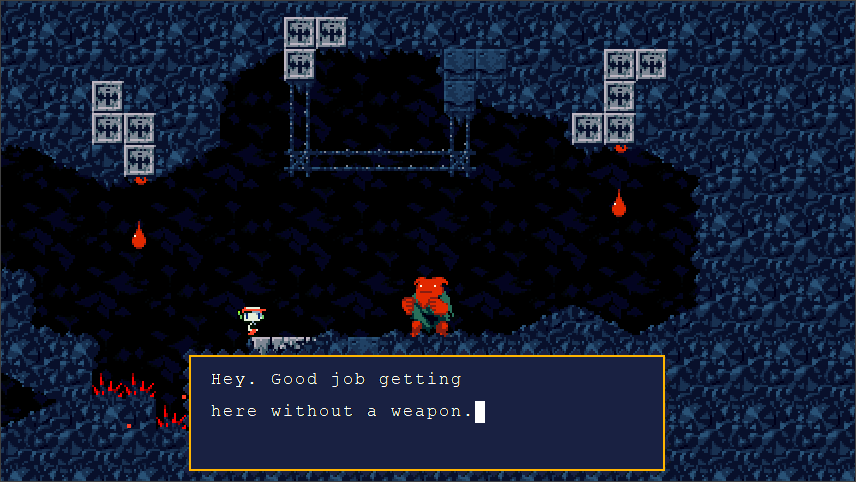 Oh, and take this too:

This was a gun-less run, by the way. Would've been able to see it if the screen didn't randomly fade out after "Good Time." 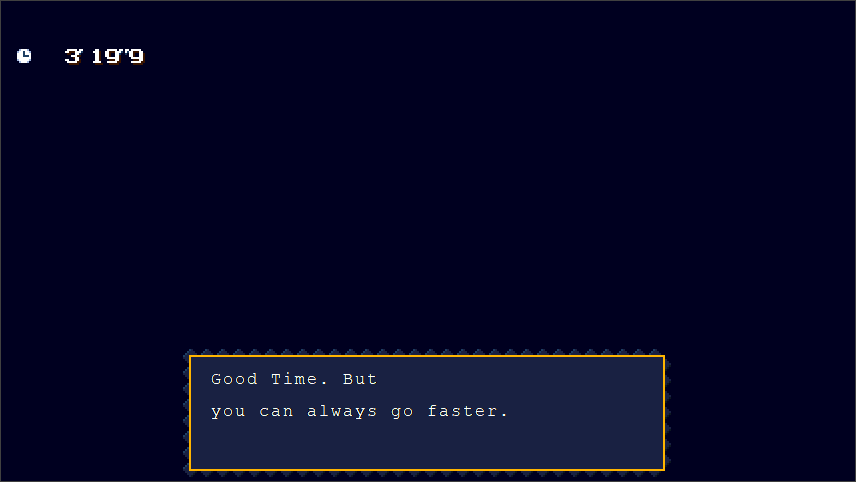