Everything is working fine in the Mac version. Thanks!

Psp version of a lost land working fine. I only tested it from the save though.

On the other hand fjord's adventure seems to work fine except for the normal good ending. For some reason that always messes up. I've tried three different times. It's not always exactly the same, but it always cuts to a black screen early on in the ending. Once I got a map, other times nothing. Best ending and "bad" ending work fine.

Considering it is largely like cave story with some edits here and there, not sure how bad of an issue it is.

Mimiga army style works perfect to the end. So do most of the other games I tried. I only did a little of death story. I don't think it was developed very much. Not sure how playable it is generally. I'll have to look it up later for more info.

Never mind. It was some problem with the PSP. All is good now.

Ugh.. I've had the required files for JN Revived for a few weeks now but haven't had the time due to preparing for the upcoming forum move. Sorry about that.

Look, dude, don't feel bad. Work at your own pace. People should be more grateful for the work you do. I'm looking forward to JN revived PSP, btw.
Jan 5, 2012 at 11:56 PM
C
ccman
Junior Member

As I stated three posts ago I have the modified files from lunar that I needed to finish it, and I will finish it off sometime after the forum move is complete (which will either be tomorrow, or the day after). Any free time I would have had to work on it has so far been taken up with preparing for the forum move, which I have been doing on and off for the last month. After that I'll be fully available to work on it again.

Thanks for spending the time to port all of these mods to the PSP. It's been pretty awesome getting to play my favorite mods wherever I go instead of being chained to a computer. Can't wait for Jenka's Nightmare Revived.
This is my magic sig. It changes every time you look at it. PHPFTW​
http://failwin.tk/submit.d55http://failwin.tk/vaa.d55
Click the top image to submit a lol. Click the bottom one to view all the lols that have been submitted.
The top one shows a random lol. The bottom one shows the newest accepted lol.​
Mar 3, 2012 at 12:32 AM

"Life begins and ends with Nu."
Join Date: Dec 31, 2011
Location: United States
Posts: 2007
Age: 24
Hello there. I would like to make a porting request. Would you please port my first mod, Cave Story with a Fourth Ending? It uses no assembly hacks. If you need a list of stuff that I changed, let me know. Thanks.
EDIT: Hang on a second, maybe I'm not ready. I've encountered some more glitches, so I'm gonna fix those before I give the OK to port this.

"Life begins and ends with Nu."
Join Date: Dec 31, 2011
Location: United States
Posts: 2007
Age: 24
Thank you very much for porting that. But I don't think anyone should download the ports for my mod JUST yet. Cause he told me through PM that he did something that might screw up a certain part, so I want to get that working before anyone downloads it.

Oh hey, I just talked with Andwhy, and it turns out that there actually aren't any of the glitches I thought you'd encounter. So nevermind what I said about potential glitches, feel free to download it. You truly are a generous person to take all of the time to port these mods. Thank you!

"I, Ikachan. The Life and Documentary of the OrigiNAL SQuiD."
Join Date: Apr 23, 2012
Location: United States
Posts: 161
Hi, I hope this isn't too much of a bump on this thread, and this thread seems like the best place to put this post (it's about glitches in the port, not technical issues with the original JNR or vanilla CS). I've run into some problems with the mac port of JNR. First off, the title screen text is cut off (maybe this is the same problem with text getting cut off in text boxes because of issues with the default fonts in OSX? As I understand it, there's not much that can be done about that, but in case this title screen issue is not the same problem I figured that I would mention it): 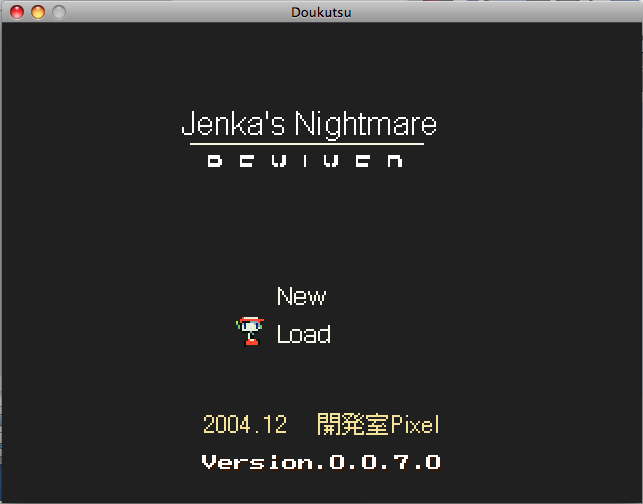 Next, in Gen:light, after I finish the first map and go to the second one I hit this glitch: 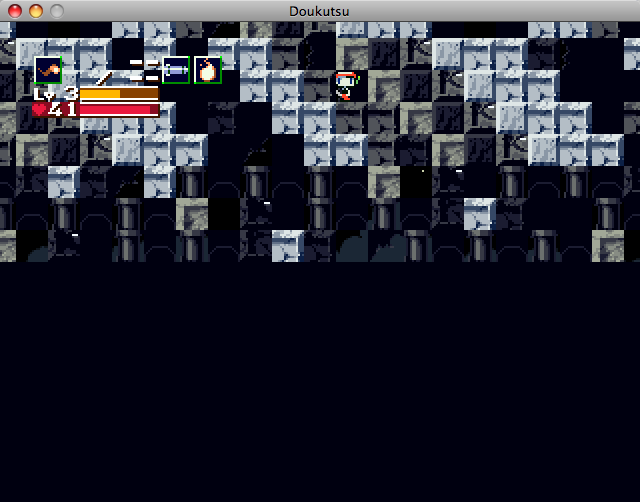 and I can't move at all. When I bring up the map, it looks like this: 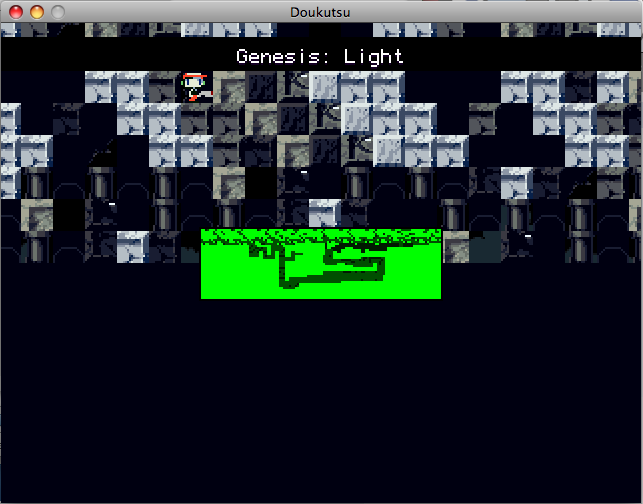 Curiously, I had already played through this part of the game before and never ran into trouble here. I ran into a similar glitch when I was in the waterway (I forget exactly which maps they were), but I was able to still move through the mass of glitchy tiles to the point where I could advance through the game. Here, I'm blocked in completely.

I also encountered a glitch just like this a while back when I was playing through The Wrath of Revorshkenahl mac port (how's that for a throwback, eh?) at the part with the

but I could reset the game and it would usually right itself after one or two tries. When I reset JNR, the application usually crashes when it tries to load the glitchy Gen:light map a second time.

I have looked through the JNR forum and it doesn't look like this glitch occurred in the original PC app, so is this a problem in the port itself? Or might it just be a problem on my machine?

EDIT: Also, a HUGE thank you to Andwhy for making all these ports in the first place! They make it much easier for us Mac users to enjoy these mods, and that's a wonderful and terrible thing. Wonderful because mods are fun like a barrel of monkeys, terrible because they keep me from doing other things that I am supposed to be doing. Thanks!

"Huzzah!"
Join Date: Dec 7, 2011
Location: Australia. In Bob Katter's secret techno-dungeon.
Posts: 206
Age: 30
For some reason, Jenka's Nightmare Revived crashes on PSP when transitioning between "Genesis: Water" and "Genesis: Water B" I get black screen, followed by a reboot.

"Life begins and ends with Nu."
Join Date: Dec 31, 2011
Location: United States
Posts: 2007
Age: 24
Someone just posted on the thread of my second mod, Cave Story 2, saying that there was some glitch with the PSP version.

Ultimate Nerd-meister said:
I downloaded the PSP version and put it on my PSP and when I tried to open it it said "the game cannot be started. the data is corrupt." what do I do about this?
Click to expand...

Apparently you tested the PSP version, and others tried it and it worked for them as well, but do you know why he might be experiencing this?