I'm talking about the notebook that you find in the rest area inside the Waterway.

I'm still very new here (first post, actually, been playing Cave Story since I got it in the 2011 humble indie bundle), so I'm just gonna go ahead and mark this whole thread as having major spoilers, to be on the safe side. TURN BECH NAO

...If you get the tow rope before starting the Core fight after the Labyrinth, and take Curly with you when you leave the Core, you can, with a heck of a lot of difficulty in the OG version (!), make a very difficult jump to a door halfway thru the Waterway, and get into a small cabin, where you can put her to bed. If you read the computer there, it talks of a notebook that 'someone' recorded what they learned in, and checking one of the two bookcases will yield said notebook. This notebook tells you how to drain the water out of the surface combat scout robots (of which Quote and Curly are two). But who typed that message on the computer? Whose notebook is it?

This is Quote's Notebook, and he and Curly have been in this room and done this exact same thing, 10 years prior, when they were sent to the Island to defeat Miakido. The message typed on the computer screen has been left there for 10 years, by him. He thought this might happen again, and left himself a message, in case he and Curly ever got waterlogged and lost their memory due to having to reboot, which apparently, after defeating Miakido, they both did, which explains why neither of them can remember anything from before the start of the game.

I like it and it's my new head-cannon. BEWARE MY HEAD CANNON, IT BLASTS THOUGHTS AT PEOPLES

"Big Joe Tire and Battery Restaurant! Opening Soon! Eat at Big Joes!"
Join Date: Sep 22, 2012
Location: Hell
Posts: 544
Doesn't sound too far fetched.
Though it could be another robot, or someone that has operated on robots before.
Wishlist Harpy Gaiden DX on Steam!
Jun 13, 2020 at 5:33 PM

Andwhyisit said:
By making an account and posting, we will assume that you have beaten Cave Story fully, and are at least 13 or have an equivalent maturity level. There will be unmarked spoilers regarding the game and, in some sections, swearing.
Click to expand...

Anyway, it is quite the huge stretch on who wrote the notebook. Maybe it could've been Quote/Curly, maybe another surface robot found the place after escaping The Core (a more likely theory, but then where did that robot go, and why isn't their chassis found in the Waterway, the Reservoir, or even the Plantation?). Another thing to know is that the messages on the computer update, as if it was sent by the original writer of the journal. Given the filename for the map is "Pixel", and one of the books even describes the writer's wife giving birth on August 8, 2004 (before the game's release), it could've just been Pixel writing the guide.

I pray for your victory...

Serri said:
Given the filename for the map is "Pixel", and one of the books even describes the writer's wife giving birth on August 8, 2004 (before the game's release), it could've just been Pixel writing the guide.

The idea that it may be Daisuke himself writing it is adorable, honestly. I still think that the best in-universe explanation is that either Curly or Quote took notes from the previous encounter with Miakido, but there are definitely other sections of dialogue where it feels like he (Amaya) is talking to us. Hermit Gunsmith's dialogue after you bring him back the Polar Star is the best example I can think of. 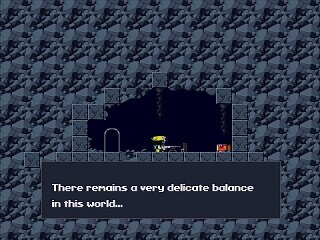 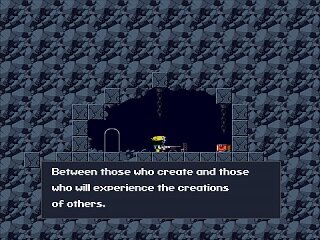 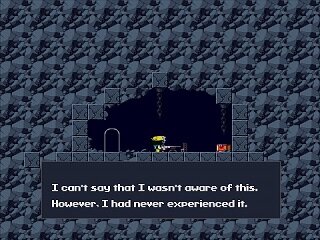 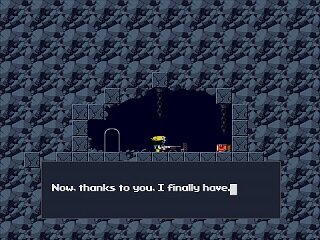 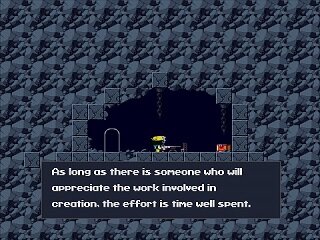 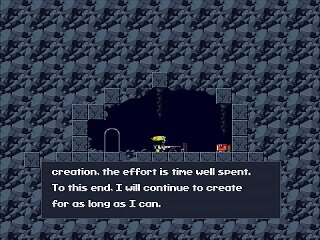 That would be this conversation. If it was Pixel's intention for this to come across as his own voice, then, hey, that's beautiful, man.
Last edited: Jun 14, 2020