So...what do you think of the Jack X King pairing?

"Master using it, and you can have this!"
Join Date: Sep 13, 2015
Location: San Antonio, TX
Posts: 73
Age: 23
Personally, I find this pairing to be a very underrated and overlooked concept. There's not really much you can do with it, but it is absolutely freaking adorable regardless, as you can see here: 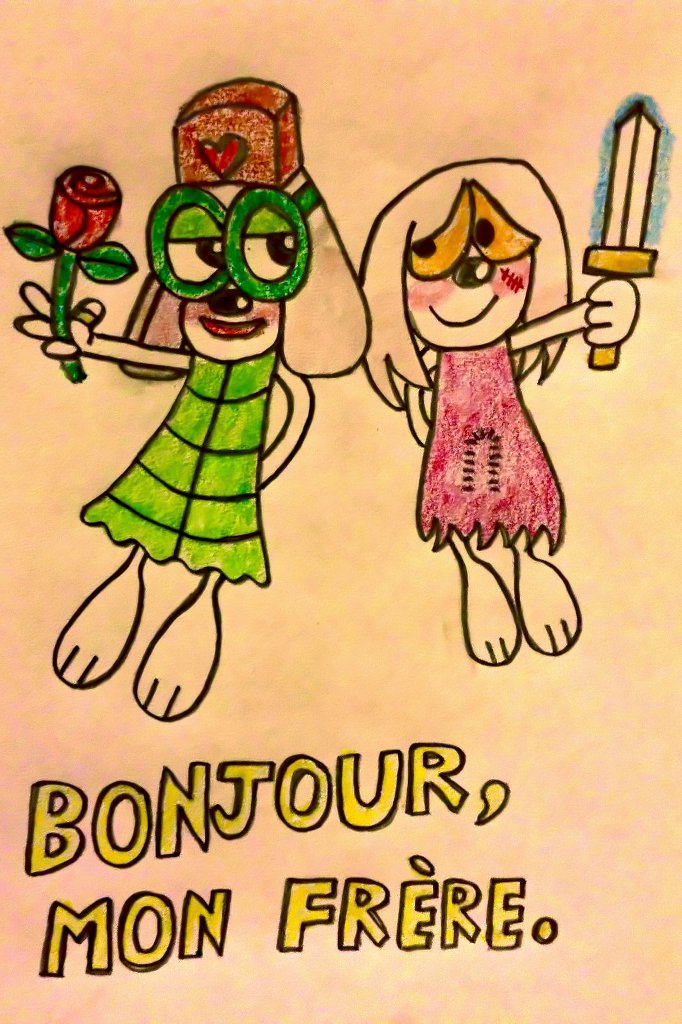 Sadly, I was also the one to write the very first story entirely dedicated to this pairing:
http://www.quotev.com/story/6616090/Jack-has-a-Thing-For-King/

So, anyway, what do you think of this pairing? Personally, it reminds me of that time when King called Arthur a "fabulous" warrior. XD

In all seriousness, however, I personally believe that Jack would probably be more of a bisexual rather than a full-on gay, regardless of the fact that he clearly looks like a girl in the image above.

So, what do you think? Honestly, I think that Jack is a very hot and criminally underrated character and I can't believe that he doesn't have more fangirls.

I would also love to see him sleeping with Chako :3

Noxid said:
is there anywhere you haven't posted this yet
Click to expand...

I haven't posted it here yet.

"Life begins and ends with Nu."
Join Date: Aug 28, 2009
Location: The Purple Zone
Posts: 6000
dang, you got me there pardner
now I feel neglected, the Cave Story forum as the port of last call. Times have changed.

Bobomb says: "I need a hug!"
Join Date: Jul 20, 2015
Location: Under sea level or something
Posts: 765
Age: 23
The reason this is underrated is because you are one of the very few persons who are into gay/bisexual pairings of CS characters.
Insert witty remark here.

Miccs said:
The reason this is underrated is because you are one of the very few persons who are into gay/bisexual pairings of CS characters.
Click to expand...

Actually, this is the only one I've ever shipped, and even then I've only written one full-on yaoi story about it, which isn't very long and is more of a parody than a serious love story. The rest I don't give a fuck about. Quote X Kazuma for example -_-

Also, I think I just realized what the sexiest thing in Cave Story is.

It's the French language XD

No you weren't. We don't even manually add the "WARNED FOR THIS POST" to posts anymore.

GIRakaCHEEZER said:
No you weren't. We don't even manually add the "WARNED FOR THIS POST" to posts anymore.
Click to expand...

duncathan said:
i do that when i know im shitposting
Click to expand...

Well you have an actual warning now, so please don't do that again.