this is gonna be terrible so be warned. if you do not want spoilers, dont click on the spoilers.
the story.

Lisa is a surreal game that takes place in a post apocalyptic suburb named Olathe (oh-lah-they) You play as a guy named Brad who has undergone many types of abuse from his father, Marty. This would cause his sister, Lisa to hang herself. FF many years later and the world has gone to complete shit. An apocalyptic event, known as the flash from
Nern Guan
, has wiped out all women and destroyed civilization. After the original flash however, a drug known as joy was introduced and produced to the men trying to survive and forget. Brad, being a frequent joy user, became an addict and used it to help him forget Marty's abuse. Later, without a head of hair, he finds a baby. A female baby. Brad takes the baby home to his pals and they suggest that they give the baby to
Rando
but Brad would rather have a second chance, and raise the baby themselves. They raise
Buddy
for so sometime they raise her, until she gets kidnapped with Cheeks saying "Secrets' out Brad. She's gone." 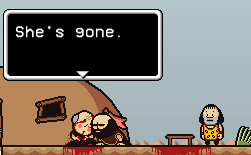 gameplay and mechanics.​
Like any other RPGmaker game, Lisa has 3 equipable party members, but up to 30 recruitable in all. That means to say you can switch out some super shitty character and replaced it with a better one. One of it's other great mechanics is Armstrong style. you can mash WASD keys to do combo attacks. doing them in a specific order will do that combo move. But, if you forget, you can always go back into the Skill menu and see what you can do. And one of the best parts about this is that you can do your WASD attacks, and then the Skill for maximum damage. A bit farther into the game, you can get a bicycle. It moves you faster, it can instantly jump over platforms, and will negate fall damage. A cooler thing about this is, when you first get it, the game wants you to equip, so if you do, and go right, you'll automatically jump the gap and that will make the game not have to stop and tell you so. As I said before, Brad is addicted to Joy. Joy is too, and in-game item. Taking it will increase your damage, fill up your health, and do heavy damage for your skills. The buff will affect many turns. Without taking joy, you can suffer withdrawal. WASD attacks, instead of increased damage, it would do no damage at all, and Combo Attacks wont either. The really good members of your party can also suffer withdrawal too. 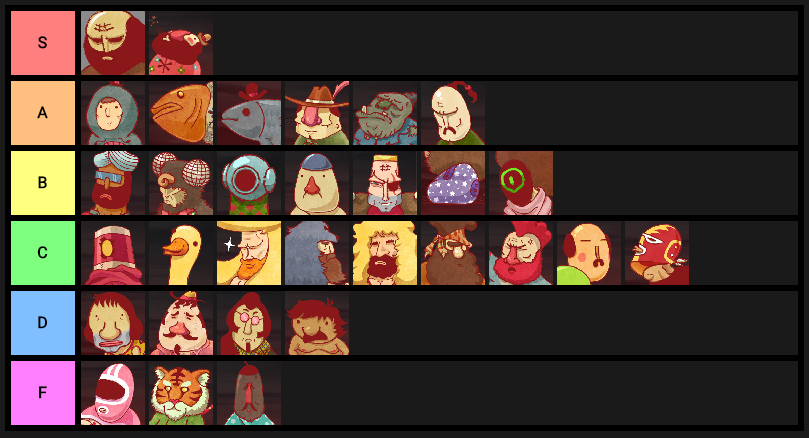 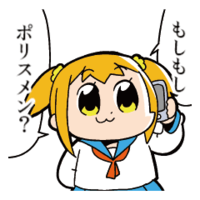