This is getting ridiculous!

"Ha! Ha! Ha! Mega Man is no match for my Mimiga Man!"
Join Date: Oct 22, 2007
Location: At the table you ate at as a child, drinking tea w
Posts: 242
Age: 28
All MMORPGs suck anyway, but the anime-styled kinds are usually premier among them all. Usually they're imported from Korea and are stupid grindfests with zero immersement whatsoever. They’re bad and the people who play them should feel bad.
"Yea, come to Him and know His power and His glory and if thou art unworthy of Kage then ye shall be trolled and then smote." - Book of Kage 1:04 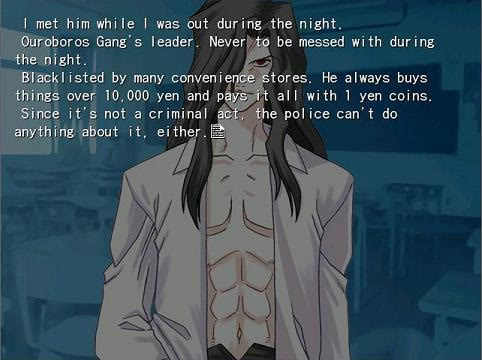 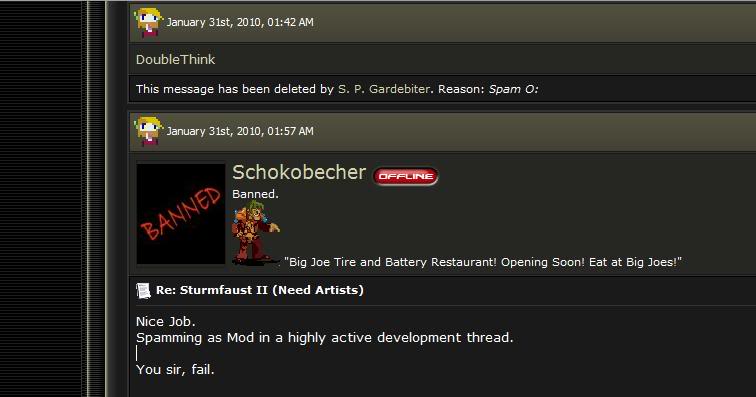 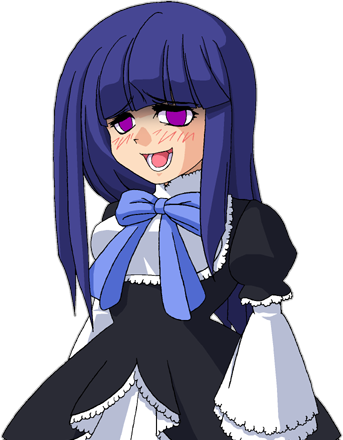 Bobomb says: "I need a hug!"
Join Date: Mar 21, 2008
Location: Where you don't
Posts: 761
Age: 14
There is something really wrong with the game genre, RPG. Why would games that are mainly runaroundandlevelupandsmackyourfoes'headthenwaitforhimtodothesametoyou have so many idiots addicted to them???????
is not
Nov 30, 2008 at 3:06 AM

freezit4 said:
There is something really wrong with the game genre, RPG. Why would games that are mainly runaroundandlevelupandsmackyourfoes'headthenwaitforhimtodothesametoyou have so many idiots addicted to them???????
Click to expand...


JacobX891 said:
Ok, I must put my foot down. There are too many anime-ish MMORPGs on the internet. Here's a damn good example:
http://i378.photobucket.com/albums/oo222/JacobX89/General-AG-Wonderland-ridiculous.png
Click to expand...

I usually don't stick my nose in this kind of business (Since I've never played any MMORPG, as of yet, this is probably a biased opinion), but the only thing about them that would irritate me in the long run is how often they're advertised on sites I check occasionally. I usually can't go anywhere on Newgrounds without seeing Adventure Quest on the bottom of each page (Maybe this doesn't count as MMO or Anime, but oh well) or DeviantArt's particular case of Mabinogi ads recently. Heck, I even recall seeing an ad on YouTube (Of all places) similar to the one JacobX891 found. Darn those intrusive Tracking Cookies...
__________________
o.o
Why do things like this torment us?
Why?
-_-

The DB Signal has been started again. It just needed reconstruction after it was knocked off of The Dark Platform...
Bad Beholder- Having some minor problems left & right locally
Lag? Viruses? What else could this 'perfect year' possibly throw at me?

Link to The BIG Switcharoo, my 1st mod
My own little freeware creations in Klik & Play
Achievement Unlocked- Complete the game with no Life Capsules
Current best time; 3'52"5
Nov 30, 2008 at 4:39 PM

Yes, all! Even my temporary addiction to Diablo 2 and Pokemon was helped by rushes and uberfastforwards consecutively.(Yea, I'm too cheap I won't buy a GBA or rather, any type of gaming console. Blame piracy?)

CS is (one of) the best game(s) in history because you can enjoy that leveling-up-fun shit but don't need 10 gameplay hours to get your Super Missiles to max, do you?

1. Anime-inspired art that leaves the game looking decent, but doesn't cover the fact that it blows.

2. Simplistic art style that overshadows the fact that the game itself is actually fun.

MapleStory, for example, is a good representation of #1. I used to play MS for a year, but quit since the game's grind and poor judgement on how quests should be made for certain levels was just bullshit. One of the worst aspects of this was the NX Cash shit, where, for about $50-$75, you could TEMPORARILY make your character look cooler with street clothes or neat equipment items. TOTAL SHIT.

A good example of #2: RuneScape. I said it. The game is actually decent once you get past the fact that every player is evil and that the graphics are evil as well. The ga,e is just mouse clicking, but I like to look at the scientific side of the game and judge every hit, miss, spell cast and all that crap. All through checking stats. It's quite a logical game if you can process it.
Who the hell did you expect, the tooth fairy?
Nov 30, 2008 at 8:51 PM
A
Atravir
Guy with Sword

Bobomb says: "I need a hug!"
Join Date: Jul 1, 2007
Location: Middle of Texas
Posts: 777
Age: 30
Hey, wonderland isn't actually a bad game. It's about as popular in Japan as Ragnarok is in Korea (although in some ways it rips them off badly). It's the only mmo I've seen with a traditional turn-based combat, and it has an interesting manufacture system.

Now when a game is crap, and the company is just trying to make money, then that's understandable. But these companies are spending time and money to make well-structured games, and then handing them to you for free. And you're complaining because the fact that they exist annoys you. And you think that their advertisements are more annoying than "CLICK HERE TO CLAIM YOUR FREE IPOD" or the 'games' that make loud punching or buzzing noises, you know, the ones that actually just want to steal your money?
Making an game online had become ridiculously easy, but making a good game is still a pain in the ass; and when people are wasting their time to spoon-feed you remedial entertainment for free, you might want to think twice before taking it all for granted and making game designers your personal punching bag.
​
Dec 1, 2008 at 1:08 AM

"Wacka-Wacka-Wacka-Wacka-Wacka-Wacka-Wacka-Wacka-BLEIUP"
Join Date: Jan 26, 2008
Location: Back where I should've been
Posts: 346
Age: 35
Like I put in my previous post, it was a biased opinion on my part. Tracking Cookies would be the real problem (Since they can also bring about those dreadful IPod ads & such), not the MMORPGs or the people who make them.
Bad Beholder- Having some minor problems left & right locally
Lag? Viruses? What else could this 'perfect year' possibly throw at me?

Link to The BIG Switcharoo, my 1st mod
My own little freeware creations in Klik & Play
Achievement Unlocked- Complete the game with no Life Capsules
Current best time; 3'52"5
Dec 1, 2008 at 2:10 AM

Atravir said:
Hey, wonderland isn't actually a bad game. It's about as popular in Japan as Ragnarok is in Korea (although in some ways it rips them off badly). It's the only mmo I've seen with a traditional turn-based combat, and it has an interesting manufacture system.
Click to expand...

I'll take your word for this, but you have to admit that ad is painfully cutesy at first glance :<

I like wonderland because it has an item that lets you auto train, so there's almost no grinding. I got eight levels by leaving it on one weekend while I was out of town.
​
You must log in or register to reply here.
Share:
Reddit Pinterest Tumblr WhatsApp Email Share Link
Top