Six Most Addictive Games of All Time

Video games are made to be addictive and game developers want you hooked to their games leaving only enough time to buy their next game to further your addiction. Think of the first games you were addicted to as a kid. You might say Pac-Man, Tetris, Diablo, The Sims, World of Warcraft, or Super Mario Bros. Well, if you picked any of the above, then you are not alone; these are the six most addictive games of all time.

Pac-man is the only video game character that's more recognizable than Mario of Super Mario Bros. fame, and Pac-man got its national notoriety from getting gamers addicted all around the globe in what has been dubbed "Pac-man Fever" - If you don't believe me, there has actually been a song written about it. Pac-man is a very simple game but gets more complicated level by level, forcing gamers to challenge themselves – and, in doing so, forcing them to become more addicted as time goes on.

Tetris
Tetris is straight from Russia, and they definitely love it. Labeled as a Russian arcade and platform game favorite, Tetris is challenging and simple, but has a high addictive quality to it. There's just something about fitting random shapes together and destroying levels of pieces - and the added complexity of these levels makes Tetris one of the most loved, yet addictive games of all time.

Diablo
What would an addictive games list be without adding a Role-playing game (RPG), and what old-school RPG game is more addictive than Diablo? When Diablo first hit the PC gaming platform in 1997, Diablo was a top selling achievement role-playing game that scared the living crap out of anyone who played it at night. Diablo was the type of game that had endless playability and packed tons of features you'd never be able to unlock, like leveling skills, special armor, and surge after surge of endless demons to blow to bits. Diablo has been often imitated, but its addictive excellence has never been quite replicated.
The Sims
The Sims was the first game that tried, and successfully got, gamers to trade their real lives for a virtual one. Due to the funny pranks, endless objects, and totally unique situations and life appeal of the Sims, the Sims video game series has been trading gamers’ lives for Sims characters for over 10 years now.
World of Warcraft
Massively multiplayer online role-playing games (MMORPGs) are the most addictive genre out of all gaming fields and with World of Warcraft (WoW) being the most popular MMORPG online, it's safe to say that WoW is one of the most addictive games ever. World of Warcraft packs everything in a single game that a game addict enjoys, including customizable characters, leveling and rank, quests, unrestricted worlds, a geeky culture and much more.
Super Mario Bros.
The most successful of all the addictive games mentioned is Super Mario Bros. Mario has appeared in over 200 video games and was more recognizable to American children than Mickey Mouse. Super Mario Bros is 28 years old, the biggest game series of all time. The Super Mario Bros series is in the Guinness Book of Records as the most successful gaming franchise of all time. It now boasts global sales of over 240 million units. The amazing aspect is the Guiness World Records still ranks Super Mario Bros. as 11th in the top 50 video game endings of 2012.
In 2013, instead of asking developers, industry insiders and journalists to rank their favorite titles, they approached a different kind of expert: the players themselves! “Hopefully this 'top 50' more accurately reflects the tastes of the average gamer and not just the critics." Mario Bros. came in 6th! In the top 50 villians Bowser, of Super Mario Bros., ranked #1. What makes Mario sporting blue overalls, with an adopted Italian accent, and Bowser, also known as King Koopa, most powerful of the turtle-like, greedy arch nemesis, such a success?
Mario was created by Shigeru Miyamoto and appeared in the game designer's first ever title, the 1981 arcade platformer, Donkey Kong. Miyamoto was hired as a graphic artist by Nintendo in 1977, and was given the task of designing a game after several of the company's early coin games had failed to make an impression on the lucrative arcade market. Donkey Kong was created using the hardware behind a previous arcade title named Radar Scope, which sunk without a trace in the US. Miyamoto ditched the shooting theme and added an ape and rolling barrels. Success naturally followed.
No matter what Mario title, clothes or occupation (Dr. Mario, Mario Segale, Jumpman, warrior, overalls, hat or moustache, carpenter, plumber) he was forever successful. As well as Bowser (villain, helper, ox, dragon or turtle); who was actually sketched as an ox by Miyamoto, but his drawings were misinterpreted by animator Yoichi Kotabe as a turtle. The duo worked together for their second idea and the successful villain Bowser was born. He's definitely a turtle, though, and not a dragon, as some assume.
The first Super Mario Bros game has sold 40.24 million copies, although that figure is twisted by the fact that it was bundled with the Nintendo Entertainment System console. It wasn’t until recently, however, that it was considered the best-selling game of all time. It now has been pushed into second place by Wii Sports on 41.65 million units.
Super Mario Bros was the first game to be set in Mushroom Land, Miyamoto's long-running and ever-evolving fantasy kingdom. When Mario 'eats' a super mushroom, he grows in size and capability. Miyamoto disagrees that he was influenced by Alice in Wonderland and instead claims the idea came from engrossed foods in myths and folklore.
In the 1984 Nintendo Entertainment System game Golf, Mario made his first appearance in sports. The original character merely resembled Mario, while the later NES Open Tournament Golf specifically featured Mario as a golfer. He appears on the cover in red and white striped overalls with a blue starry shirt. An outstanding outfit!
Released in 1989, the Game Boy title Super Mario Land was the first major Mario game to be developed without Miyamoto. Producer Gunpei Yokoi didn't do too poorly however: the game moved over 18 million copies. The game also introduces a new female character, Princess Daisy, replacing Mario's usual love concentration, Princess Peach.
The Wii hit Super Mario Galaxy was inspired by a tech demo known as Super Mario 128 publicized at the Nintendo Space World event in 2000. The demo exposed dozens of teeny Marios walking around on a slightly curved surface. During the Gamecube era, Galaxy designer Yoshiaki Koizumi thought that entirely circular levels would make an interesting environment for Mario, but Miyamoto was apparently skeptical at first. Finally, Koizumi showed off several test levels and the project was a go for Wii.
Video games are made to be addictive; one of the main tasks we are trying to accomplish here at Pocketcake is make games that “old school” addict able fun.

"Life begins and ends with Nu."
Join Date: Aug 28, 2009
Location: The Purple Zone
Posts: 5998
So are we gonna repost this thread now until you only get nice comments?
Cuz' I can do this all day yknow

> "addict able"
I believe you mean addictive. Although the entire sentence is a mess.

And on that note, addiction is a serious mental and physical issue. I would kindly ask that you treat this condition with the respect it deserves and not speak of it as some kind of opportunity to be exploited for profit, thnx 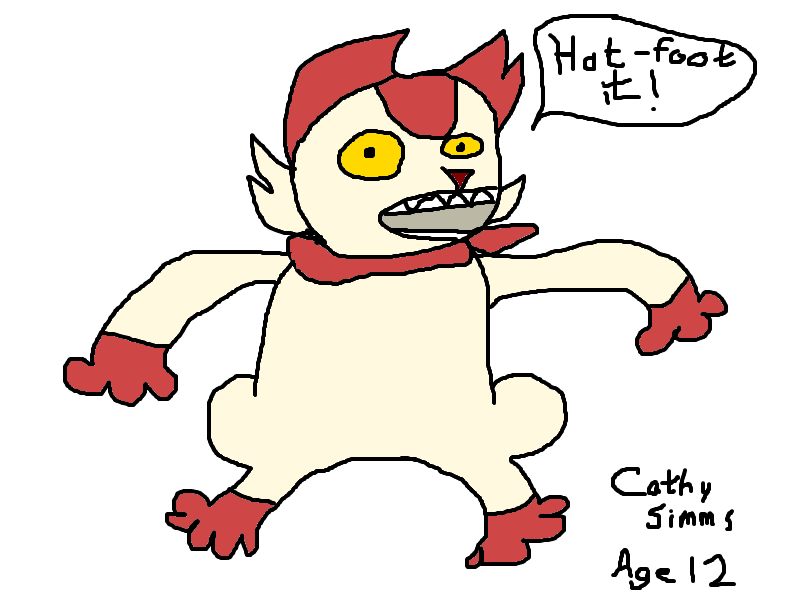 
GIRakaCHEEZER said:
I know that highheelgamer can't be older than 13, or else why would she be making a "top 6 games" thread. Seriously.
Click to expand...

I am 28 and posting about what Balrog eats in the theory section...

trickybilly said:
I am 28 and posting about what Balrog eats in the theory section...
Click to expand...

Notice how this is not a "top 6 games" thread, clearly demonstrating your maturity and thus verifying your age.

"This is the greatest handgun ever made! You have to ask yourself, do I feel lucky?"
Join Date: Mar 28, 2013
Location: The Void
Posts: 114
Age: 20
Im starting to get annoyed with higheelgamer. I think she might have joined just to advertise
pocketcake.

Like I said in the other thread... I'm 99% certain "she" has never played Cave Story or even cares about the forum's activities except for gaining her own publicity.
I currently own and administrate a Discord server primarily focused on modding Cave Story.
To download any of my mods, all you have to do is choose a host:
Doukutsu.Club ~ Dropbox ~ Google Drive ~ Mediafire ~ Mega.nz
Jul 16, 2013 at 8:32 PM

curlybrace22702 said:
Im starting to get annoyed with higheelgamer. I think she might have joined just to advertise
pocketcake.

we could all be reading a book right now.
check out my bad mods

My Steam profile. Though I'm hardly on it because my fossil of a laptop slows the games to naught but a stuttery crawl.
Jul 16, 2013 at 11:24 PM

we could all be reading a book right now.
Click to expand...

"Fresh from the Bakery"
Join Date: Jun 28, 2013
Location:
Posts: 10
lol...yep never played Cave Story! Tell me about it.
I do like Grand Theft Auto IV. Have you seen the trailer for V? Can't wait!
These addicted games on my post were more from an older genre. I should post newer games for the younger generation!
Noxid - too bad you don't have spell check for names on that puter of yours!
Jul 17, 2013 at 5:32 PM

highheelgamer said:
Noxid - too bad you don't have spell check for names on that puter of yours!
Click to expand...

what are you talking about? I totally checked it out 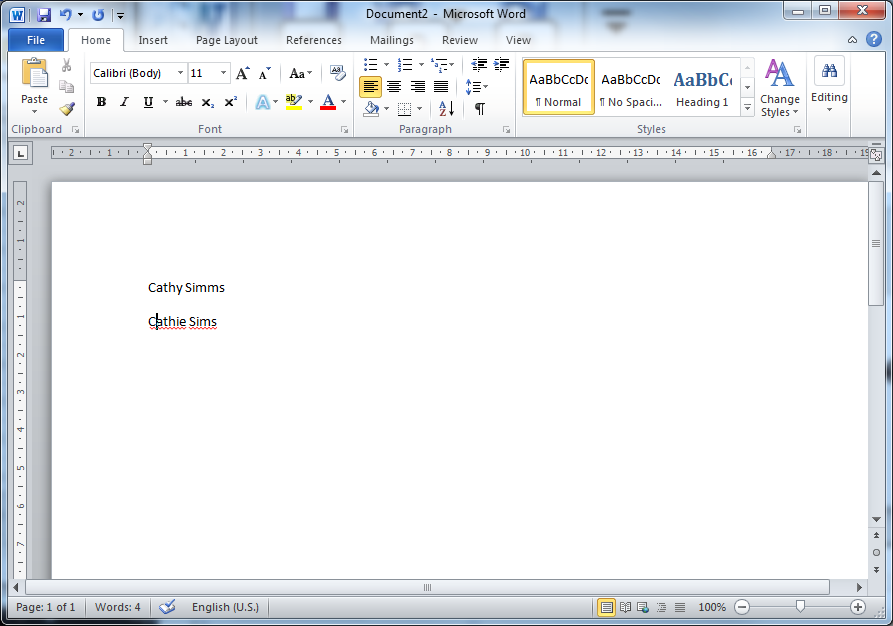 I'm pretty sure *you* spelled it wrong. Microsoft wouldn't lie.

Noxid said:
what are you talking about? I totally checked it out

I'm pretty sure *you* spelled it wrong. Microsoft wouldn't lie.
Click to expand...

Also, I might add that the story for Lava Cat and a backdrop has been leaked by the one and only, Musical Fruit. 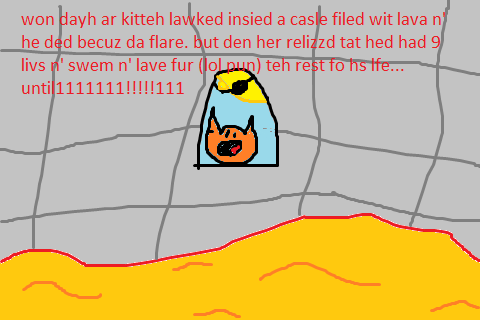 oh my god
does that mean every time I see Clippy offering to help with something, I have to read it in Gilbert Gottfried's voice?

I don't know if I'm ready for this

"I'm sorry Mario, but your princess is in another castle."
Join Date: Aug 9, 2010
Location: Greener Pastures
Posts: 1190
Age: 28
High Heel gamer is being nominated for the"Shut Your Fucking Mouth" badge this year. Also I should point out I have an automatic distrust for anyone with the word "gamer" in their username.
Jul 17, 2013 at 7:18 PM

"I, Ikachan. The Life and Documentary of the OrigiNAL SQuiD."
Join Date: Nov 14, 2012
Location:
Posts: 167
Why is Cave story not in here? Cave story is definitely the best one.