Quote has a built in music player.

Not only does he have supreme taste, but also has the respect to turn it off certain cutscenes. Also you could say that he gets more dynamic with turning it on and off as the game progresses, mostly to show that he is growing emotionally if you believe he is a robot who cares for his fellow Mimiga. See Misery threatens to murder Sue to check if Quote gives a shit
(7:17) for more context.

On a more serious note. There's two ways that I can look at it. Both of which are destroyed by the fact that music plays in cutscenes where Quote is not present about 5 times in the game. The title screen, the Access cutscene, the red flower cutscene in Sand Zone the Island falling apart cutscene and the End Credits.

As a shorthand, the first theory is about Quote taking from a soundbank to play music for designated areas while the second one is related to him developing it as time goes on, with emotions, and all that. Anyway here's the deal:

1. The music that he plays is based on the tone of the area/event he is in.
Quote is a robot. A robot is an AI. I'm willing to be that his tracklist is a set of songs that gets played variables are changed. Those variables being his environment. Since this is a GAME and not real life, it is reasonable to believe that certain tracks play over again based on how his environment looks. Grey, dark and rocky? Well let's play Gestation in Start Point, First Cave and Dark Cave. I don't have any other examples for that. However, I am still justifying this point by saying since each environment Quote visits that has it's own visual identity is assigned it's own track, and plays it for that area. Aside from areas, Quote is a super fighting robot fella, so he will detect danger, which is why you get boss music. I would go as far as to say he detects an even greater danger when the Doctor manifests from the Red Crystal. Obviously Ballos gets his own as you enter his domain as well. However, nothing plays when talking going to that abandoned area with the Ma Pignon. You could justify it by saying that he looks harmless, but Quote feels there's something funny about him. But then no music plays when you're in that one area of Sand Zone where you get the dog in a dark place doesn't have music despite having a tileset for Sand Zone. You could also say that it changes when a big variable (the background) changes, that warrants a new track. But then why does it not change for the Assembly Room in Mimiga Village, but it changes when you meet Jenka? Again, the characters also count as variables. Later in that very room, Balrog comes in and the music all changes to his theme.

BUT THEN WHY DO BOSS THEMES REPEAT!?

Uh...... The same theme for Igor plays when you fight him as for when you fight Toroko when they're both under the influence of red flowers...? Honestly that's the biggest hole in the theory. Are the themes for boss fights picked depending on their danger level? That would explain the room being quiet when you see Ma Pignon. But then why is there a new track during the Doctor's second phase? Was it unexpected? Did Quote not have enough memory to store any more songs for different boss themes, or was he just not expecting Ma Pignon to size him up and just put on a track for background noise? Too many holes! Too many variables!

2. His music player is dynamic (think iMuse or Wise). Meaning he'll make up music on the fly.
This theory is more about the emotions he feels over the course of the game. Straight away here are some examples When he boots up, the percussion at the start of the track sounds ambient and distant. Even some of the percs sound like they're powering down for some reason, like a weird reboot. Immediately he falls into a nice grassy town, upbeat music. Later in the game he comes back and immediately he can tell something is off because all the mimigas are gone besides Yamashita... god damn it. I guess because he's still there, the vibe hasn't changed? Quote just had a distressing moment where he realised he may have lost Curly for good depending on if you left her or not? I'm just gonna put a very strong pin in that. Anyway another one is whenever cutscenes play. Music usually stops, but comes back if he detects there is something about to happen. Actually... you know when he receives an incoming transmission? Maybe Access was that rebooting track and it actually WASN'T outside the game? Maybe the music in the red flower cutscene was actually playing because Quote was just outside the door? Anyway I'm getting off track so I'll offer one more example: Right when the island is collapsing, when you go into the prefab house and then into the Bloodstained Sanctuary and you have no idea what the fuck is going on, but there's a strong sense of tension and adrenaline coming through simultaneously for the player and also Quote probably given the amount of character deaths he has witnessed (bless him). This is a chance to get to the bottom of the Island's problems before it collapses! All of which comes to a climax in Ballos' domain and during his boss fight. Keep in mind he wasn't long ago walking across the Balcony, making his way through red flower mimigas over very bassy, cold track soundtracks it. Not only is the soundtrack really good, but there is a constant shift in dynamics from each track. From the busy and powerful track in Sand Zone, made from the new sense of direction he's had from making progress helping out in Grasstown and knocking down Balrog once again, to the strangely comforting track that plays when you meet Jenka, as well as in the start of the labyrinth, the dumping grounds for old robots, like Quote.
I'll conclude this theory by saying that despite the soundtrack being non-diegetic (no apparent source of where the music comes from), it is all based on a sense of hope. That hope being built up only to be broke down again, and the fight to retain it.

Well that was a lot. Definitely had more to put into the second theory than the first. Regardless I thought it was worth the thought experiment. Let me know if I made any mistakes with it, and let me know what you guys think!
Nov 23, 2021 at 6:55 PM

"Life begins and ends with Nu."
Join Date: Dec 31, 2011
Location: United States
Posts: 2108
Age: 25
Hm, very interesting and meta theory. This sort of falls in line with that trope of taking every game mechanic that would otherwise be perceived as player-facing only, and working it in to somehow be a part of the fabric of that game's world that is acknowledged by all of the in-game characters in some form or another. I don't really remember this trope gaining much traction until Undertale came along in 2015. It definitely wasn't much of a thing in 2004, so it's probably not what Pixel intended. Then again, Booster does break the 4th wall just a bit by telling you to equip the Booster v 0.8 in your items menu, so who knows?

But nonetheless, that is interesting how you pointed out how there is no music during certain cutscenes where other characters are talking, and that that's Quote's way of being courteous to others. This isn't completely universal, though. There are numerous instances of "Pulse" playing in Egg No 0 during cutscenes where Sue or Kazuma are talking at length. If Quote did have a built-in music player, I feel like it would most likely remain inside of his head. Otherwise, it seems like Misery or the Doctor would have made a comment about Quote blasting "Oppression" during the cutscene after you initially defeat the core. Unless you have to be really up close to Quote in order to hear it.

"I, Ikachan. The Life and Documentary of the OrigiNAL SQuiD."
Join Date: May 31, 2018
Location: under your bed ;)
Posts: 158
Age: 20
does this mean quote could rickroll people if he wanted to

Eli said:
does this mean quote could rickroll people if he wanted to
Click to expand...

Woddles said:
I didn't say he couldn't
Click to expand...

he has the power 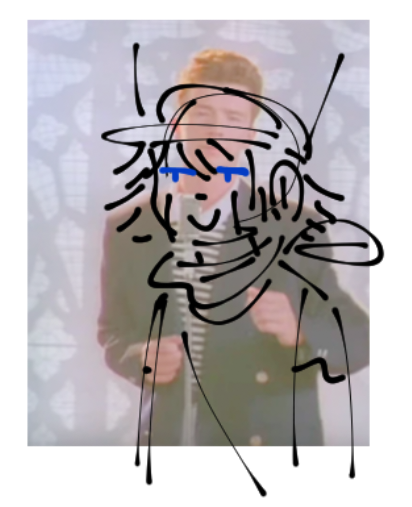 "It's dangerous to go alone!"
Join Date: May 27, 2021
Location: Wales
Posts: 31
Age: 18
I find it hilarious that Hayden took the time to write a very big response to my very long theory and the most that Eli took from it was "can he rickroll everybody". The duality of man. I mean I did mention that he either could take from a set of songs he has already or develop it dynamically so it's possible either way. That one robot from chrono trigger literally has a track that plays which sounds like a rickroll, so if that can happen, then Quote could very well have "Never Gonna Give You Up" by Rick Astley installed on his hard drive IF the events of the game happened in 2004, like most other theories and shit. The original song was made in 1987! It's an actual possibility even if it wasn't real considering what I said before. He could literally generate a midi rickroll and it would be legendary. Also I could've sworn I put up something relating to if others hear it, but since I didn't I reckon it would definitely be internal? Hayden was right when he said the theory sounds like it is based on the "making a video game mechanic a plot thing" trope. I think if I ever made a full mod then I'd make reference to the music because I live for music.
Nov 24, 2021 at 9:44 PM

"I, Ikachan. The Life and Documentary of the OrigiNAL SQuiD."
Join Date: May 31, 2018
Location: under your bed ;)
Posts: 158
Age: 20
fwiw i did actually read through your theory and i think it's a neat concept, i just couldn't resist the joke