Not feeling particularly inventive tonight, so I just completed the pencil.
Aug 13, 2012 at 4:18 PM 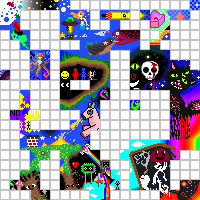 You're supposed to fill squares so that they contribute to the rest of the picture, not just putting random objects into them. As you can see, the surrounding area of where you made your contribution is mostly black, so your random blue square kind of ruined the pattern. Not trying to be rude but I suggest you fix that or make a better contribution.

Wild Desu said:
You're supposed to fill squares so that they contribute to the rest of the picture, not just putting random objects into them. As you can see, the surrounding area of where you made your contribution is mostly black, so your random blue square kind of ruined the pattern. Not trying to be rude but I suggest you fix that or make a better contribution.
Click to expand...

It's funny you bring this up, because before I settled on finishing the pencil, I was wracking my brain trying to think of how to connect those two tiles.

I think I have an idea now, though. But I have to wait for someone else's turn first.

"I, Ikachan. The Life and Documentary of the OrigiNAL SQuiD."
Join Date: Dec 28, 2010
Location: No-Sleepsville
Posts: 151
Age: 24
I left enough room so people around it could make it look like it fit, so I honestly don't see the problem.
i still float around here occasionally. i guess. i barely know anyone here anymore
Aug 13, 2012 at 5:59 PM

"Wacka-Wacka-Wacka-Wacka-Wacka-Wacka-Wacka-Wacka-BLEIUP"
Join Date: Feb 20, 2011
Location: lost in translation
Posts: 337
Age: 29
The problem is that it's not very intelligent to draw the entirety of something into one square, while other squares around it have nothing to do with it.
It's supposed to be a *collab* so doing your own stuff in one tile and then letting other people struggle to try to connect your shit with the general pattern is dumb. It's like playing football and trying to make a goal by yourself without passing the ball to anyone and then the opponents steal your ball and your team has to defend against their attack.

It *could* have been ok, hadn't the snake been fully drawn. You could have drawn only the head, in order to let us decide to continue the snake or to connect the snake head to something else. But no, you decided to draw a random snake in the middle of our thing, without wanting us to continue what you did, and without even considering what we did before.

Basically, you not participating would have been better.

"Life begins and ends with Nu."
Join Date: Aug 20, 2006
Location:
Posts: 2827
Age: 31
I'd been planning to stick something silly in there for ages and never got around to it because bad and lazy
I'm an admin c:

Broke the rules to attempt to incorporate Badnik's addition as best I could to diffuse the problem.
Aug 15, 2012 at 3:35 AM 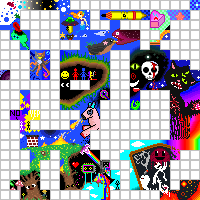 "Heavy swords for sale. Suitable for most RPG Protagonists. Apply now!"
Join Date: Dec 26, 2007
Location: Lithuania
Posts: 1947
Alright I'll do the next one, above that pink fish at the top. 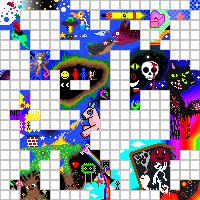 I'm not sure if the colours are OK though, because windows 7 paint is notorious for fucking up colours.

I checked your colors WoodenRat, they are fine. So far from my first edit, there haven't been any palette shifts.

I blame certain programs and some host sites. I find that saving a .png in photoshop CS and using imageshack.org keeps them intact.
Aug 18, 2012 at 10:14 PM 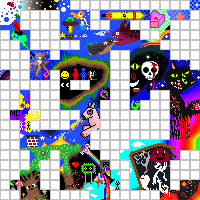 is my icon broken?
check out my bad mods 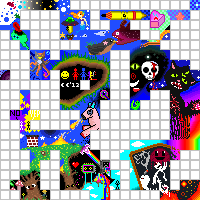 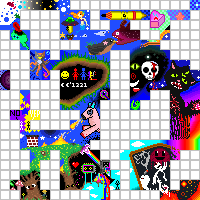 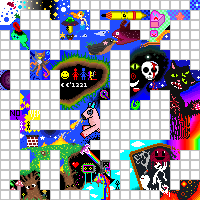 check out my bad mods