"Life begins and ends with Nu."
Join Date: May 28, 2008
Location: PMMM MMO
Posts: 3713
Age: 30
She was in the dark space (where you fought the undead core) when you last see her. It's easily possible that she could have still been there when the island was falling, and given that that area was crumbling, she probably would have died.

GIRakaCHEEZER said:
She was in the dark space (where you fought the undead core) when you last see her. It's easily possible that she could have still been there when the island was falling, and given that that area was crumbling, she probably would have died.
Click to expand...

Dunc2403 said:
But what's different between the good and normal endings that would make her not wake up before dying?
Click to expand...

Maybe when she sees you jump off/leave with Sue she just gives up and stays? Otherwise she (somehow) knows you've gone to hell, and figures it's worth a shot to help you out.

Well... IF Misery did die, then by precedent, she would disappear. When Toroko dies, she falls over and then goes off in a puff of smoke. When King dies, he smokes away. When Booster dies, I believe he poofs too.


So, I would think it's possible during the undead core explosion she could poof too. I hate it when people poof ;_;

If that thinking is correct, Igor probably didn't die. Curly doesn't die either if you leave her. (Though, maybe it's because her fate would be like that of the Killer Robot that wakes up before exploding)

However, I never left Misery alone during the Undead Core battle, to see exactly what happens, if it shows anything at all, in that last split second. So... I could see it either way. She should be able to get away no problem. Though if PIXEL says Misery died for some reason (maybe she was alive until he said that). BAD!
I think he's just toying with us

(As for her not being crushed in that room. Well, you could go with game law. Only what needs to be seen is shown. It was a completely black room, there is undoubtably SOMETHING for walls, and debris everywhere from the battle... although we just see a big black space. Ah well... I dunno.)

Dunc2403 said:
But what's different between the good and normal endings that would make her not wake up before dying?
Click to expand...

What's the difference between the bad and normal endings what would make Professor Booster not die in the pit and return to finish the Booster 2.0? It is an accepted fact of video games that getting different story arcs causes different events to occur or not occur. No matter how small the differences in the story arcs may seem, they are still distinct, and should be treated as such.
Mar 15, 2013 at 1:34 AM 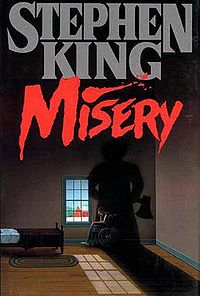 HaydenStudios said:
This is really, really upsetting news to me.

If I turn out to be a dedicated enough modder, I have another mod planned after Curly Brace's Story Revived, which is a normal ending sequel in which both Professor Booster and Curly are dead. And I had planned on having Misery play a very important role, but if the communication in that conversation was sound, then I'm going to have to do some serious re-thinking for the whole thing if I want to still do it and not contradict what Pixel has declared as cannon.
Click to expand...

Well you could just ignore this statement since there's no evidence in-game... and if Pixel ever makes a sequel following the normal ending, that would invalidate your mod anyway ^_^"

I must say, other than you since you have this mod planned out, I'm not sure why many others are getting upset over this... I mean it's not any different than Curly's case, she gets to live if you play your cards right. And isn't that all the more awesome that Misery's fate too rests in your hands?


HaydenStudios said:
But then that leads me to ask: What events in the good ending that don't transpire in the normal ending save Misery, or vice versa? When the Undead core gets destroyed, Misery falls unconscious in both paths, and once it fades back to the Black Space after showing Itoh and Momorin, Misery is gone. So what ever happened to her, she couldn't have been crushed by the Black Space collapsing, because she isn't there. Even then, it would be a stretch to say that she was killed by the island collapsing, because the ending scenes show all of the areas pretty much intact and everyone okay, even in the normal ending. And seeing the witch Misery is, it seems like she could take care of herself in a situation where the island is unstable. Seeing that she's not in the Black space when Quote and Sue come to, she probably regained consciousness before they did, and left the scene.
Click to expand...

Well, I would say

She most likely just found herself in the wrong place at the wrong time. She might have come to her senses before Quote and Sue, but she still had gone through fighting Quote TWICE. It's quite possible that she was completely exhausted and just limped/crawled her way out of black space but wasn't able to get very far. And even WE can get crushed while escaping the islands by falling blocks, so it's perfectly possible that when the island impacted on the ground below something massive crushed her.
Or maybe...

Dunc2403 said:
My guess- Pixel decided on the spot so he could give him an answer
Click to expand...