What is JilJil?
JilJil is a high-score arcade-like game, and it's the first publicly available game made by Daisuke Amaya.
It' s a fairly easy game, with minimal physics, no storyline, and not that much content in it.

What is the SouljaGame Handheld - or better said - RS97? 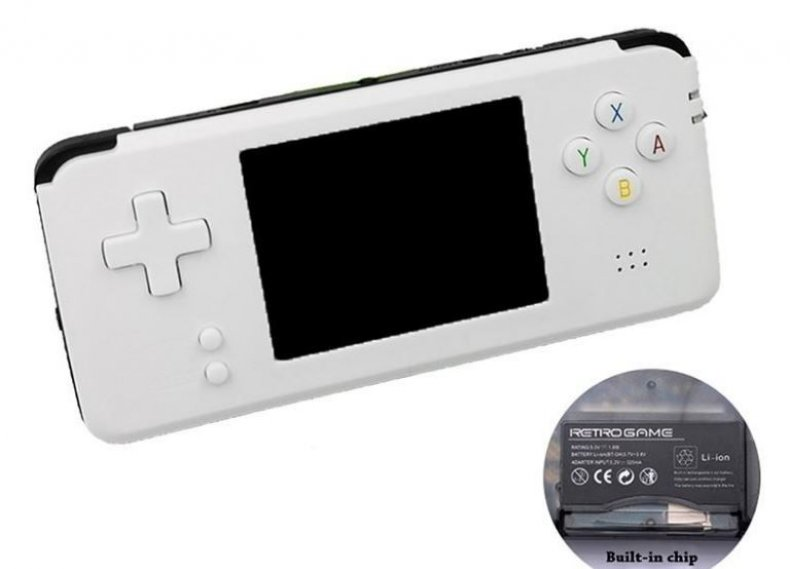 It's a clone console of the Revo K101, an excellent GBA hardware clone that could play GBA cartridges and roms.
It's famous for being re-sold by the rapper SouljaBoy as a part of a scam operation his now ended adventure in gaming business. He charged people way more than the product costed, with him reselling it at around $100 while he bought the units from $30 to $40.
If you've ever heard of this thing, you know how bad it is: many reviewers blasted it for the poor emulation performance, especially when compared to the price SouljaBoy was asking before he was sued. But what many people don't know is that this device, with some proper care, can be a total blast for playing older games.
A community of passionate developers was formed around this piece of junk, and they were able to run Linux on it (Which is now called RetroFW, it's based on a variation of Debian). Over the years, many emulators have been developed with great performances, and now the RS97 is a super enjoyable device.

So I bought it some time ago, not from SouljaBoy, of course, but from Amazon, where I paid it 40 bucks.
Now, as weird as it may sound, it's the first device I've ever played Cave Story on. It was one of the few available games back in the day, so after playing Sonic 1, 2 and 3 I decided to give it a go.
Needless to say, I fell in love with it, I modded it with a 2000mAh battery, etc. etc., you know the dril.
After its success, many manufacturers from China started to produce their own iterations of it, such as the LDK Game, LDK Landscape, RG300, and others.

Why the combination of the two?
The RS97 and its sister devices all share a shitty MIPS CPU, about 256MBs of DDR2 ram, and they take micro SDs as their storage.
They're the PERFECT devices to thinker with! They're low powered and they're perfect to learn how to optimize code.
So, when I found out that this device could run Python code - which I know how to create - I decided to port JilJil on this puppy.
I already knew it was going to run like crap, because interpreted programming languages and low-end devices don't like each other very much, but here we are, with a game that runs at about 35/50FPS, which is not bad considering it was intended to run at 50FPS originally.
I chose JilJil because the physics, graphics and sound effects are minimal and they don't require a lot of power. It was super easy and fun to program it.
I also hope that by porting a game made by Pixel on another community - the RetroFW one - more people will get to know both that old and forgotten little gem that is JilJil and all of Pixel's games by extent.

Is this a 1:1 port?
Hell nah! I want to be creative!
I maintained the gameplay similiar, but I freehanded the physics, so they're not 1:1, and I added some variations of the game:
- Hard mode: you have to deal with a wall of cat paws that are following you instead of two at a time
- Zen mode: you can't die because you're too busy being zen or something

I want to know more!
On this thread, I wanted to focus more on the descriptive part of the making of this game, and why I made it in the first place.
I will, however, post soon on my personal blog more about the technical part of this project, and I will upload this page then with a link. If I remember to do so.

Grab yourself a .ipk of my port here

Grab yourself a RS97 here, a LDK Game here or a LDK Landscape here (links are NOT sponsored)

Download the Retro Firmware here, and show the devs some love by leaving a star on their GitHub!

There's an actual market for the biggest scam in gaming piracy? People actually use the SouljaGame???

It's a pretty good device to thinker with once you've done some modifications. And of course you bought it for its original $40 price tag.
It plays everything up to the PS1 almost flawlessly, and the controls are quite good imo.
There are now 336 stars on GitHub on the RetroFW page, about 160 members of the Discord server, so there is an active modding community