"Huzzah!"
Join Date: Jul 6, 2019
Location: United States
Posts: 210
it looks really nice
it looks more story driven than his previous games like Kero Blaster and that other game I can't seem to remember
I'm really excited now
"A short story of a young man who walks in an uncertain world with a vague view of life and death." so it most likely is story driven since the gameplay also looks less like a platformer
I know im not supposed to share my opinions but thats hopefully what it is cause im totally down
I really want to know if the vague view of death and life thing means they have future seeing powers or something
I like speaking my mind, but ironically, it's hard to put into words.
Jul 3, 2020 at 10:05 AM

"This is the greatest handgun ever made! You have to ask yourself, do I feel lucky?"
Join Date: Sep 23, 2019
Location:
Posts: 97
The pixel art in this looks great, I'm just hoping the game itself will turn out great. That aside, I wonder how long it'll be before this community starts modding this game as well?
Jul 3, 2020 at 10:08 AM

King (2.0) said:
That aside, I wonder how long it'll be before this community starts modding this game as well?
Click to expand...

Well, it took 13 years for Guxt to finally be moddable, and so far there isn't really any confirmed progress on Kero Blaster being moddable. But who knows?
Um, pretend there's a signature here.
Jul 3, 2020 at 10:54 AM

Serri said:
Well, it took 13 years for Guxt to finally be moddable, and so far there isn't really any confirmed progress on Kero Blaster being moddable. But who knows?
Click to expand...

Hopefully they'll be able to mod this one (considering how some members claim CSTSF is dead despite doing nothing themselves to keep it alive) considering it could be the silver bullet they've been looking for.
Jul 3, 2020 at 10:59 AM

"I, Ikachan. The Life and Documentary of the OrigiNAL SQuiD."
Join Date: May 31, 2018
Location: under your bed ;)
Posts: 188
Age: 21
i saw this earlier, the artstyle is really pretty, it reminds me of stuff like celeste and superbrothers: sword & sorcery.

the concept seems neat, too, i'm interested to see what it ends up being in terms of gameplay (looks like a 2D platformer but there isn't any such gameplay in the trailer), as well as whatever the story's gonna be

"Life begins and ends with Nu."
Join Date: Aug 20, 2006
Location:
Posts: 2838
Age: 32
Not expected but not completely unusual now that I've thought about it either, it's reminiscent of his old comics and maybe some of his occasional in-between graphical works. Some proper movement-y gameplay integration would be always appreciated, but still, day 1 purchase

JHANIS said:
Did you forget that MIYAKOpubl is also making this game? Not just Pixel.
Click to expand...

I'm pretty sure they'll also be credited if you consider the other stuff in this list of Pixel's works on the tribute site. Anything is exciting if Pixel's involved in it.
Um, pretend there's a signature here.
Jul 10, 2020 at 2:18 AM

...Then it's uh.... Less than expected for the interiors.

Typical Amaya-san shenanigans. Hopefully it's consistent in difficulty with his other games, if that's the case I'll try to play it all through.
Yes I'm still working on Harpy Star, it'll be finished eventually :tm:
Go wishlist it btw it helps alot
Jul 10, 2020 at 10:45 PM

"What're YOU lookin' at?"
Join Date: Apr 23, 2013
Location: In a cave above the city.
Posts: 1039
Age: 24
MIYAKOpubl (Real Name: Kiyoko Kawanaka) is the main developer, not Daisuke "Pixel" Amaya. She is the one who Amaya "roped in" to help with stage design among other things in Kero Blaster.

In a sense, this game is the opposite, Kawanaka is getting Amaya to help with things in her game. Still excited to check this out though.
Last edited: Jul 10, 2020
I currently own and administrate a Discord server primarily focused on modding Cave Story.
To download any of my mods, all you have to do is choose a host:
Doukutsu.Club ~ Dropbox ~ Google Drive ~ Mediafire ~ Mega.nz
Nov 11, 2020 at 4:13 PM

"What're YOU lookin' at?"
Join Date: Apr 23, 2013
Location: In a cave above the city.
Posts: 1039
Age: 24
So I played the demo, good 30-50 minutes depending on how much you try to interact with stuff (despite 95% of the demo forced into a very linear path of "interact here, go here" with little outside of that). The steam page mentions using items and multiple endings (both which are not features in the demo afaik) but it seems like it's what we expected: a visual novel in the format of a light side-scrolling adventure game. Also as predicted there is zero combat or enemies you just walk and interact.

Pixel is only credited for the technical stuff ("Engine and Programming" or something iirc from the credits at the end of the demo), and it's apparent that it's using a heavily-modified and stripped version of the Kero Blaster engine, however other than that it is very apparent this is MIYAKOpubl / Kiyoko Kawanaka's game.

I enjoyed what was there was so far and will end up buying it when it releases (date TBA). The story is definitely a bit hard to follow and intentionally vague, especially at the beginning but by the end you sorta kinda understand what's going on a little.

Unless I'm mistaken, it appears the demo only has a single proper "demo is now over" cliffhanger ending (or should I say a cliffshover?). I also encountered 2 unique Game Over's
1. Don't respond to the mysterious character (before you enter the spirit world building for the first time).
2. Go back into the river after the ferry person leaves.
The Game Over's literally last like 5 seconds though and just give a generic message, so I wouldn't go out of my way to see them if you already played the demo.

But yeah, I think it's perfect that this game is getting a demo so that everyone knows exactly what type of game this is (i.e. it's not "Pixel's Next Game" you chucklenuts). It sucks that save data can't be transferred (it probably "can" but they might change some flags or whatnot when the the full game releases and that would make it incompatible). Like I said earlier I'm personally hooked and will buy the full game but definitely play the demo first so you can come to your own conclusion.
I currently own and administrate a Discord server primarily focused on modding Cave Story.
To download any of my mods, all you have to do is choose a host:
Doukutsu.Club ~ Dropbox ~ Google Drive ~ Mediafire ~ Mega.nz
Nov 16, 2020 at 7:17 PM

"Fresh from the Bakery"
Join Date: Nov 16, 2020
Location: Mariana Trench
Posts: 4
Age: 102
I find it funny that everyone freaks out when they find out Pixel is involved in a new project, and that they just blindly assume he'll be taking the lead. This game definitely isn't the brainchild that Cave Story and Kero Blaster are, and it was apparent from the moment the first screenshots came out.
super epic forums man 3000
Nov 16, 2020 at 10:56 PM

"It's dangerous to go alone!"
Join Date: Oct 18, 2016
Location: Somewhere deep in the depths of Minnesota...
Posts: 42
I just hope it's good. I heard some sketchy things about the demo. I heard it was using Kero Blaster's engine so I'm pretty excited to see how they'll be able to take advantage of that in a new way, given the different gameplay 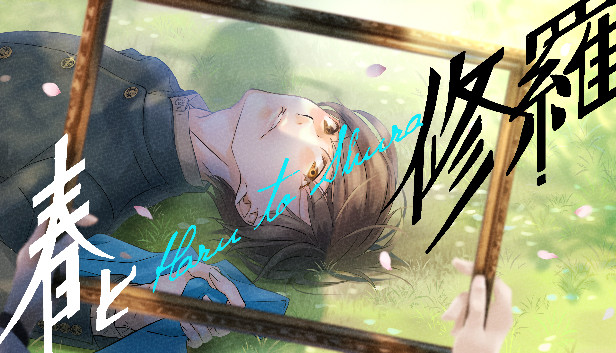 春と修羅｜Haru to Shura on Steam

Explore a mysterious world as the protagonist in this short adventure game with pixel graphics.

Starts with a -10% launch sale. Also has soundtrack DLC and "donation to developer" DLC that has some wallpapers.
I currently own and administrate a Discord server primarily focused on modding Cave Story.
To download any of my mods, all you have to do is choose a host:
Doukutsu.Club ~ Dropbox ~ Google Drive ~ Mediafire ~ Mega.nz
Jun 25, 2021 at 4:37 AM

"Big Joe Tire and Battery Restaurant! Opening Soon! Eat at Big Joes!"
Join Date: Sep 22, 2012
Location: Hell
Posts: 544
So, I played through the game.
There's some bugs here and there and there's much to be desired here with regards to the audiovisual assets.
Yeah Pixel had involvement but the most you can tell is the engine, some of the sprites, and the use of color on character assets. The part I actually enjoy here is the story by the game's primary developer.

This game deals with seriously heavy themes, it's not something most sheltered internet users may need to deal with on average for all I know.

It affects me on a personal level due to my experiences with people dear to me, there are times I wish I could forget but there are certain things we can only put off for so long.
Due to its nature it feels like this is a type of biography, but it might be because everything presented here draws parallels to shit that happens to real people and the things they go through in the process.
If that's the case, the only thing I can truly offer is my sympathy.
Take care of yourself, be the best person that you can as unsolicited kindness and patience can save a life.
I hope MiyakoPUBL sees atleast some success from this game, it feels well deserved.
Yes I'm still working on Harpy Star, it'll be finished eventually :tm:
Go wishlist it btw it helps alot
You must log in or register to reply here.
Share:
Reddit Pinterest Tumblr WhatsApp Email Share Link
Top