- Fixed The Challenge Timer not resetting after dying.
- Fixed the weapon damage of the Polar Star.
- Fixed the Save Point script.
Of course there is some more stuff that I have not fixed yet.
There is still one more challenge that I am currently working on. It should be finished in 1.0.2. 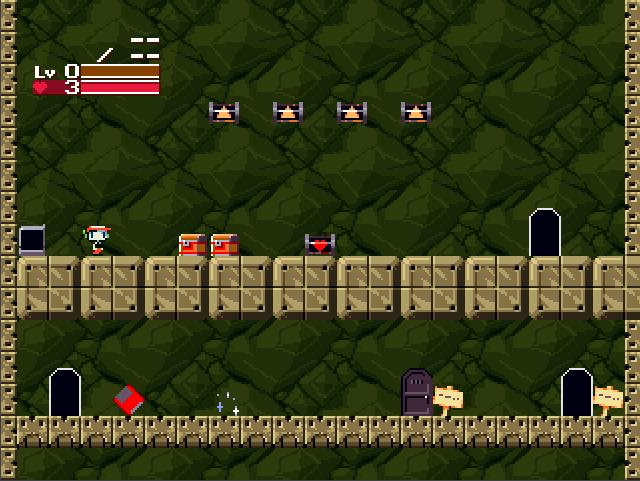 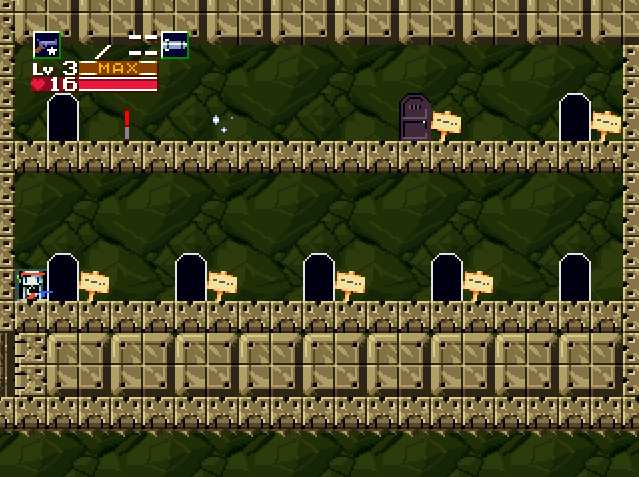 I hope you like this version than the other version.

TheRealFinish said:
I hope you like this version than the better one.

I'll be sure to check this out soon!

I tried out the CS+ port and enjoyed it, it's interesting to play through the Egg Corridor as a timed challenge with the doors sealed off. This really encouraged me to try and get through as fast as possible and play it dangerous by travelling on the lower floor without getting killed by the basil. I also found it interesting how you blocked off the little holes to get into the individual eggs in egg corridor. At least... kind of. If I position myself just right, I can actually get into those holes that are two tiles wide. I'm guessing you meant to block us out of that entirely, since I was able to get into egg number 6, get the key card, and get back out, which caused the egg corridor music to start playing when I got back out. It looks like you changed this up a bit in the latest release of the mod for freeware CS by making the gap three holes big, but they're still partially blocked, so I'm not quite sure what you're doing there.

I like the variety you added in the latest release with the different modes and equipable stuff, it would be cool to play this in the CS+ port. One little oversight in the CS+ port is that when you die and retry, it keeps playing the game over music, instead of going to the no music that's intended to play. If you simply want no music to play, then you can do <CMU0000. That being said, I think you had the right idea in the second release by adding the egg corridor music. Another thing I might note is that when I grab the items in the initial room from the chests, then save my game, then load it again, the opened chests appear elevated into the air. I don't remember why it is that this sometimes happens, but there's some way to fix it.

One more thing I might mention is that when you make a new release, it's generally a good idea to update the first post in the thread so that people will see that latest release when they first see your mod. When I first tried out the version of the mod for the freeware version of the game, I clicked the link in the OP, and got an older version. So then I had to track down the post where you made a later release in order to play the newer version with music and the booster. Many modders will edit the opening post in their thread and say something like "Here's a link to the latest version" and then in a spoiler tag put a list of previous versions if people are interested.

"Life begins and ends with Nu."
Join Date: Dec 31, 2011
Location: United States
Posts: 2203
Age: 25
Extract the port from the zipped folder. Next, open Plus Porter, and click "File" -> "Open CS+ Directory", and browse to your CS+ installation. Now, after extracting this mod to any arbitrary folder, go to "File" -> "Open Port..." and browse to the folder of the port, select it, and click "Open". This will open the port in Plus Porter. Now, click on "File" -> "Apply port", and you will get to decide where on the challenge screen you want the port to appear. Click the "Apply port!" button, and the port will be installed in your CS+ installation as one of the challenges.