"All your forum are belong to us!"
Join Date: Oct 20, 2013
Location: Florida
Posts: 596
Just Harmonika and only Harmonika.
The game is a lot of fun with twists I both expected and didn't expect. Plus all of the memes surrounding it are just great. 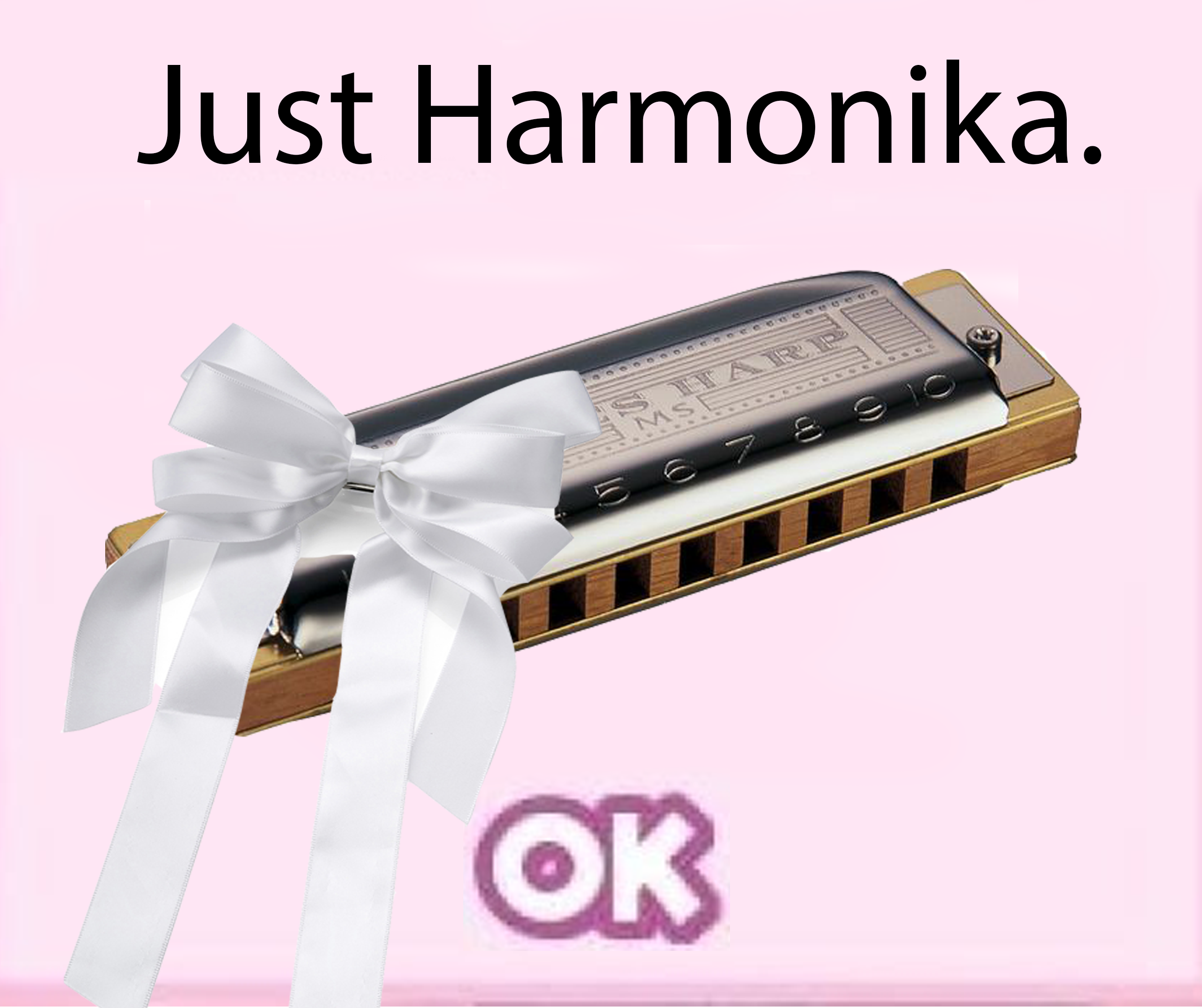 ColdCallerLoopy said:
Plus all of the memes surrounding it are just great.
Click to expand...

I'd like to disagree, some of them kinda feel a bit morbid to me, even.
Insert witty remark here.

Miccs said:
I'd like to disagree, some of them kinda feel a bit morbid to me, even.
Click to expand...

Yeah, the disclaimer for the game should also apply for the memes and jokes. They're not something for anybody to hang around with.
Um, pretend there's a signature here.
Dec 25, 2017 at 8:27 AM

Be careful, jokes about this game usually cut through the competition, heh. (Just shoot me in the face that was a bad attempt at a joke) 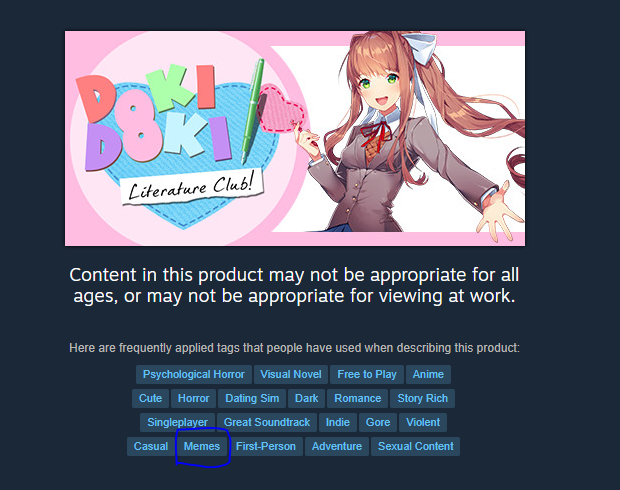 There's also "Casual" on there...I don't believe "Casual" is the best way to describe ddlc? A-But hey! It's "free to play", that's a plus!

TheCyberSleuth said:
"Dating Sim" and "Gore" are not two tags I want to see on the same game. I think I'm gonna pass on this one.
Click to expand...

Its a good mix between horror and Virtual Novel anime dating simulator. I recommend it cause Its free and popular.
(But hey, thats just me)
Dec 26, 2017 at 8:00 AM

I went through at least 3 mental breakdowns while playing this game. (Just ask Brayconn and Capstablook how I cried like a child in front of them in voice chat during my play through)
I laughed and cried the hardest I have in years playing this game, it was truly more than worth the 10 hours (and $10 I threw at the "fan pack" aka an excuse to give the devs money.) I put into the game playing it.
Outside of Fighting games and playing new CS mods, I don't put any time into video games in general but this was certainly an exception. A physiological horror game more than worth your time; and the smarter you are the more you get out of the game for certain. The game isnt' cheap and doesn't rely on jumpscares at all to scare you. It uses much more persuasive methods. that aren't really there in foresight, but the deeper you dig and the more you understand it was there all along.

This isn't a game made for everyone but oh boy I fell right into the target demographic and had a 10/10 experience with this game. Usually I'm very stuck up on game ratings, as there's not even 5 games out there I've personally played I would hand a 10 of 10 but this is one of the golden few for sure.

It's also actually really weird seeing Dan Salvato going from making one of my favorite mods ever (Melee 20XX) to a game that gained so much traction. Makes me want to actually consider going into game development instead of playing around with CS mods anymore.


As for the memes? They're pretty alright but it's not anything spectacular outside of a few.

There are a couple jumpscares, but they're not too bad.

TLinkan said:
There are a couple jumpscares, but they're not too bad.

"Life begins and ends with Nu."
Join Date: May 28, 2008
Location: PMMM MMO
Posts: 3713
Age: 30
I thought the game had an interesting concept but its execution was so cheesy and cliché that I wasn't able to take it seriously, and hence wasn't drawn in at key moments (ended up feeling detached from the experience). There were some moments of it I enjoyed, but it felt like a shell of a game/narrative built solely to support the more technical aspects of the game. Like it has the bare minimum amount of story and polish required to "flip the script" when it does. And how the "scary" moments were so cheesy in the 2nd half of the game, right after the script is flipped.


Pretty much any "creepy" scene involving Yuri fell into this category for me. Look at how stupid this face looks.

I am very scared
\s
The best parts for me was probably more the experimentation with the interface at times, aka its "corruption". But other than these elements it felt half baked, or as one steam review said, like a "tech demo" more than a complete game. Kind of like a pitch for if someone wanted to make a game with these mechanics.


I think what personally ruined the game for me though was how silly everything with Yuri felt. I didn't go with her in the first half (the "normal" half) of the game, so when I was forced to spend time with her in the second half and saw her "corrupted"/edgier scenes, it just felt really silly without any context for them (without having seen their normal counterparts). So this part was kind of funny and stilted, and killed any sense of immersion I had up until that point.

"Wahoo! Upgrade!"
Join Date: Aug 14, 2016
Location: somewhere in Louisiana
Posts: 65
Oh, yeah, DDLC. Only recently did I get around to finishing the game and I'd wished I hadn't spoiled myself. Playing through it knowing what happens is definitely not as good as playing it blind start to finish, not that I know what its like spoilerless. It was a really fun game, and the horror elements were a welcome edition. It was the sort of game that manipulated expectations in a good way. From the very started the game warns you of the horror elements and those who don't listen are in for a shock.
Hi, I'm Erin Pistu. I made a couple CS mods and I'm working on a webseries right now.
Follower and Sabrina say HI
:'*N :;*M
You must log in or register to reply here.
Share:
Reddit Pinterest Tumblr WhatsApp Email Share Link
Top