"Fresh from the Bakery"
Join Date: Apr 23, 2016
Location: hell
Posts: 8
Hey! You probably thought I died, didn't you? But sadly I have not, and I've been overhauling CAVE ++ !! Its still largely a work in progress, but hey! If you don't know what I'm even talking about, this is a cool cave story themed dating sim! Where you date the bosses!! Neato!!!!!! It's just one big hot mess at this point; but hey, ive had these designs for what, 5 years? of course I'm going to use them! And in terms of a plot? well. Haha. It's gotten about as far as 'theres a big thing thats scary and wants to kill core, and uh. yeah we're going all mystery team and trying to figure out what it is.' but! of course, the main focus is the interaction of the characters!

But now, look at these results of all my hard work so far! 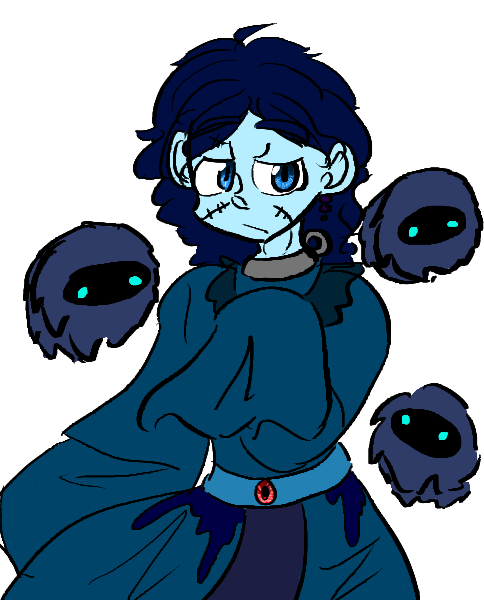 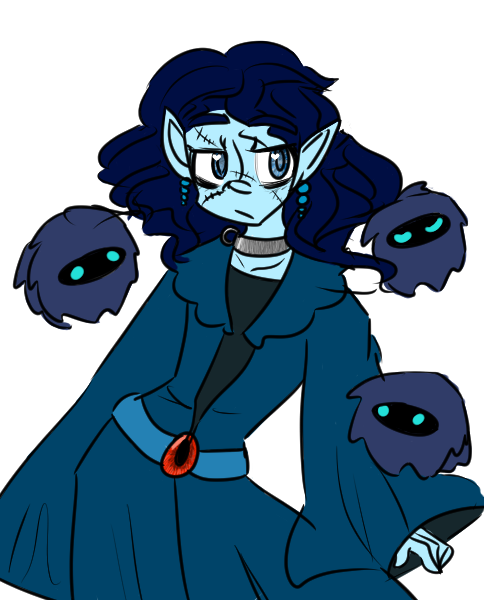 WOW!! Incredible, right? Okay, maybe not so much. But I'll be posting more and more as I get done! For now, take some screeenshots! 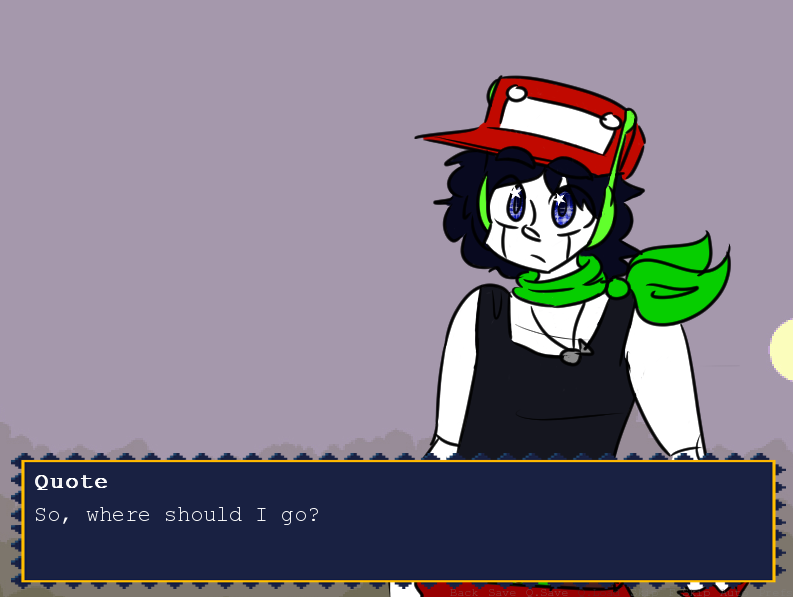 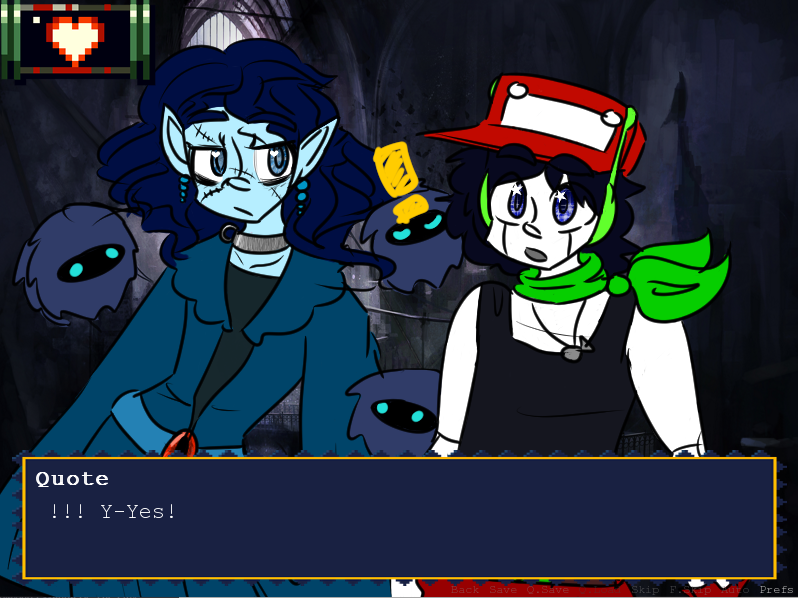 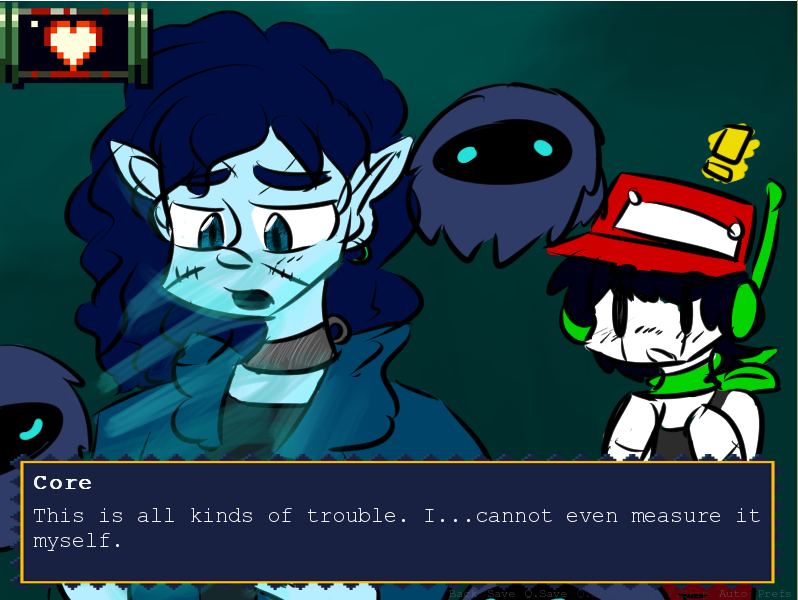 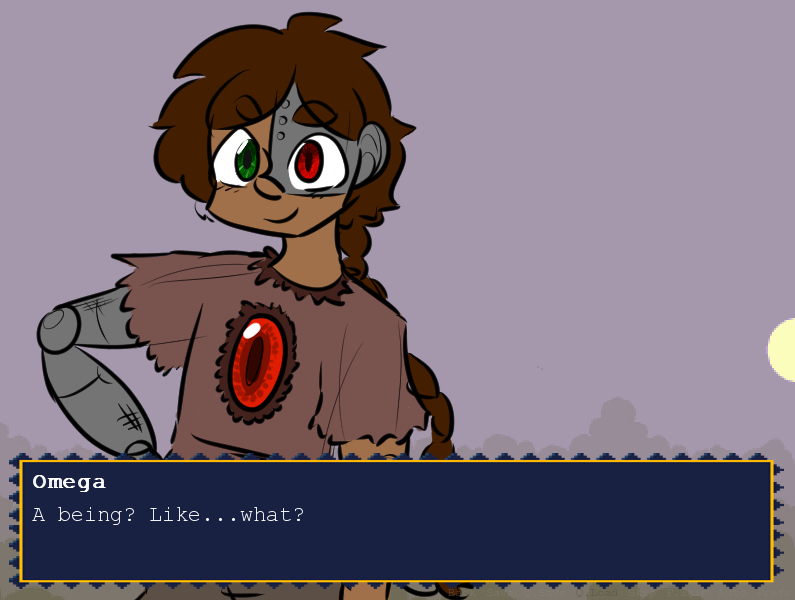 Pretty great stuff, right? I know what you're thinking, 'But Lilin!' you exclaim. 'This isn't a hack!' and to that I say, true, it isn't. But, there's no category for fangames that aren't hacks, are there?

Soooo...questions, comments? Confessions of love? I'll take them all! Oh, and I'll post updates here too. I've been working really hard lately, so expect a few this week!

And now, Character intro slate thingys! i worked hard on these pls look at them 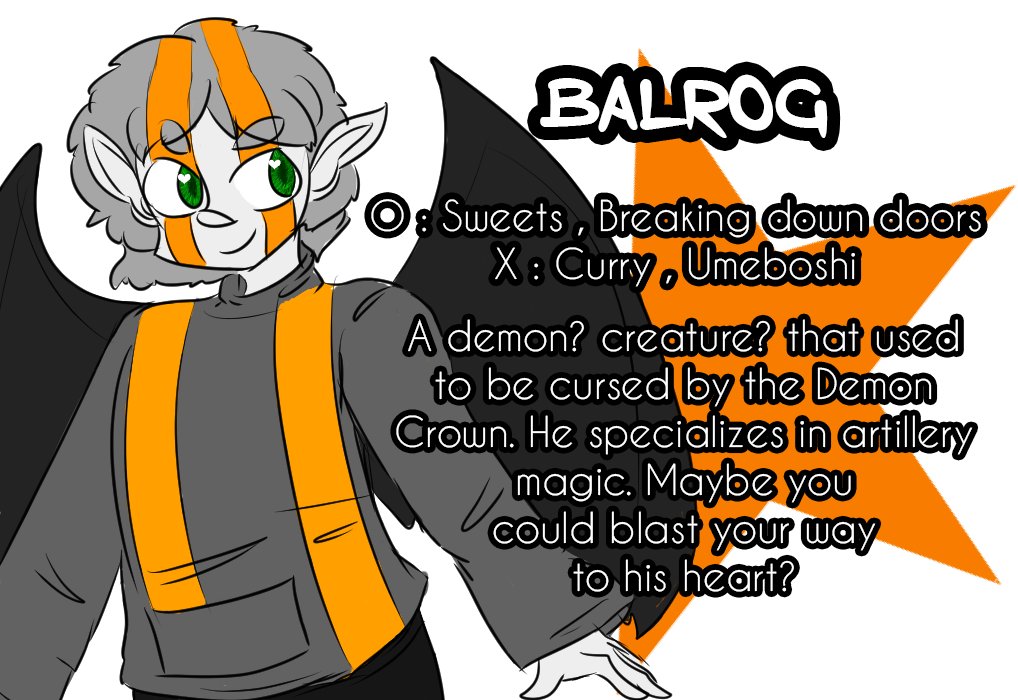 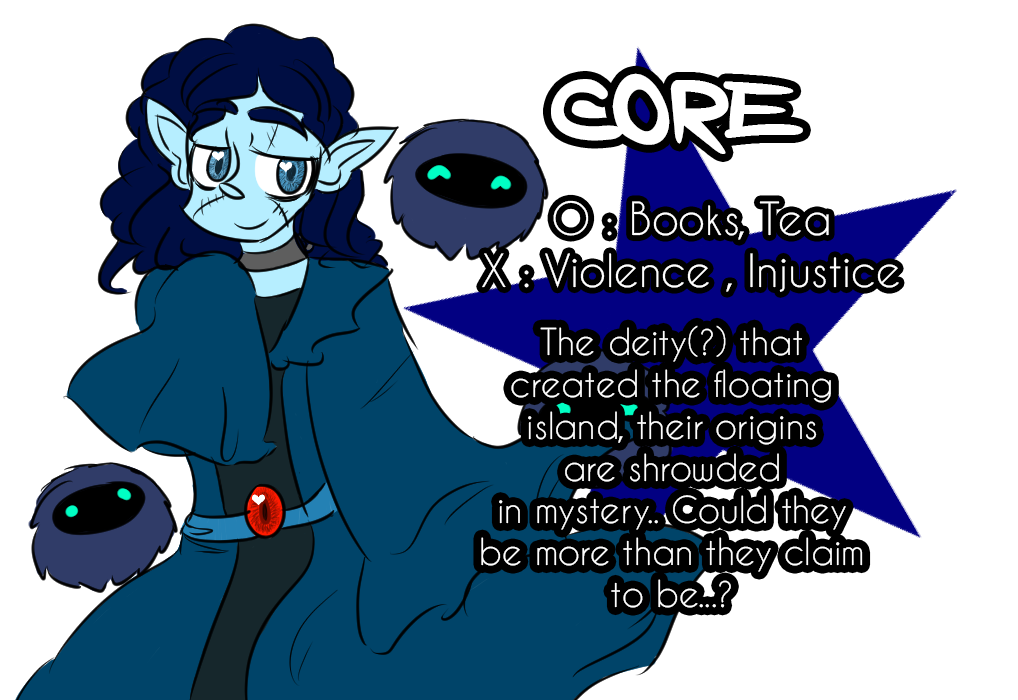 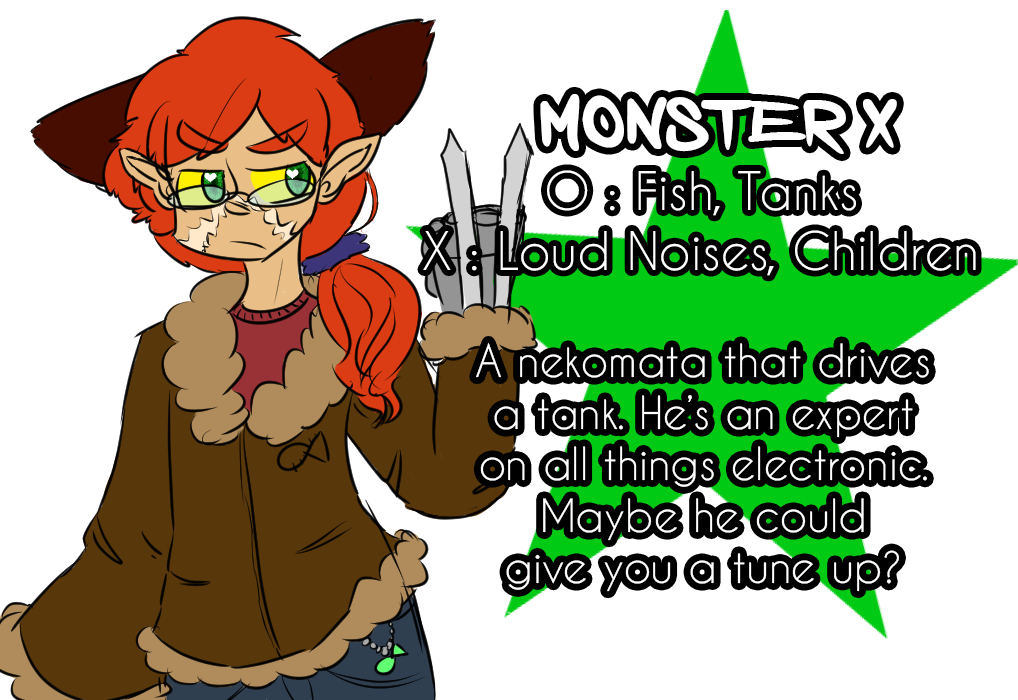 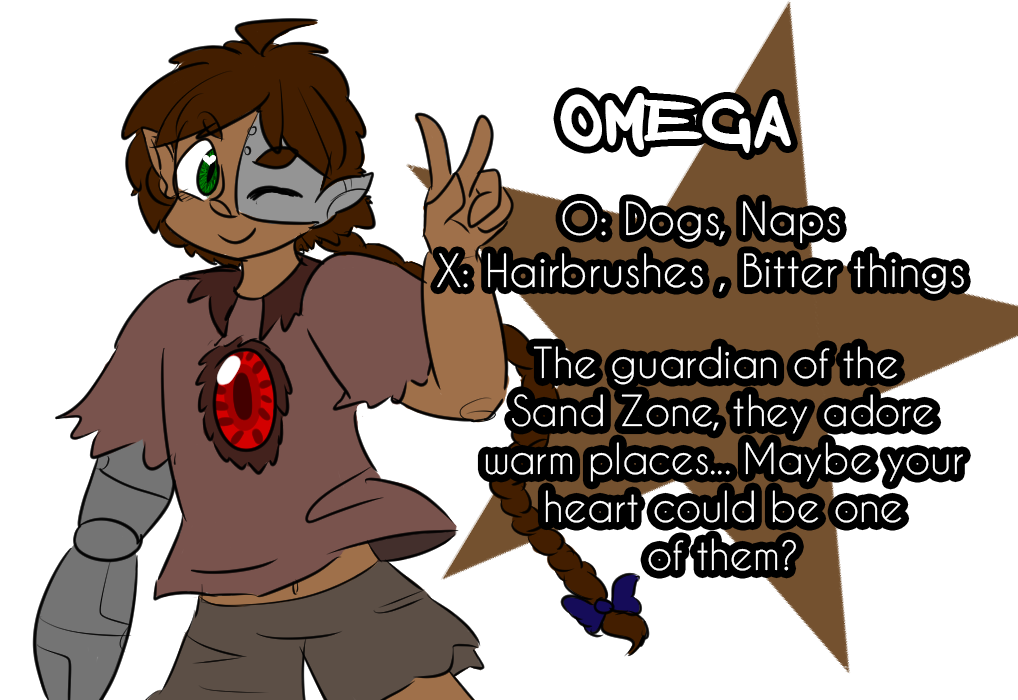 "Run, rabbit run. Dig that hole, forget the sun."
Join Date: Jan 24, 2011
Location: New Westminster, BC
Posts: 1368
Age: 26
omg i can't believe this project is coming to fruition
my question is will there be lots of gay sex

Tpcool said:
omg i can't believe this project is coming to fruition
my question is will there be lots of gay sex
Click to expand...

if i was legal, yes! since my 18th birthday is coming soon, i can say probably! or, at least implied gay sex. with tentacles and magic. (also, thank you for the support! it means the world to me~)


jokes aside though, the artwork looks nice, keep up the good work!
Just keep going
almost there
just a few more tags
Luke Skywalker dies at the end of The Last Jedi.
Apr 23, 2016 at 3:40 AM

"I, Ikachan. The Life and Documentary of the OrigiNAL SQuiD."
Join Date: Nov 23, 2015
Location: Minnesota (aka Frozen Hell)
Posts: 162
Age: 20
I'm not even a fan of dating sims but I took one look and I wanted to play this so bad.

"Life begins and ends with Nu."
Join Date: Jun 27, 2013
Location:
Posts: 2653
Age: 27
Oh hey, it's nice to see this project is still alive! I don't know about everybody else here, but this is literally the first yaoi dating sim I've known of, and with this:

There's some nice quality to this project. Looking forward to a tangible product.
Try to work on the plot at least a little though, yeah? It's still kinda important, even in VNs (actually, especially in VNs).

Kenzo_ITN said:
I wonder who pixel would date, and how would he react to this in general.

Will frenzied Toroko and Sue be options?
Click to expand...

Have you ever heard of a girl being dateable in a yaoi dating sim? Neither have I!
Um, pretend there's a signature here.
Apr 23, 2016 at 5:52 PM
S
Slither
Professional Whatever